When it comes to controversial Oscar choices, they don't come more hotly contested than the decision to award Best Picture to Forrest Gump. While that movie was certainly popular upon release, and remains well loved to this day, you don't have to look very hard to find someone to tell you that Pulp Fiction was clearly far more deserving of that honor that year. I'm certainly one of them. (Still other people will tell you that The Shawshank Redemption was the TRUE Best Picture of 1994, despite the fact that it's really only marginally better than Forrest Gump). The debate rages to this day, and probably will until the sun dies. This stands in stark contrast to the total lack of debate surrounding that year's category for Best Animated Short. Admittedly that category attracts very little controversy (or attention) in general, but even among Oscar enthusiasts I can't imagine there are many people who won't agree that Bob's Birthday rightfully took home the trophy that year. Especially when films like Erica Russell's Triangle were among its competition. 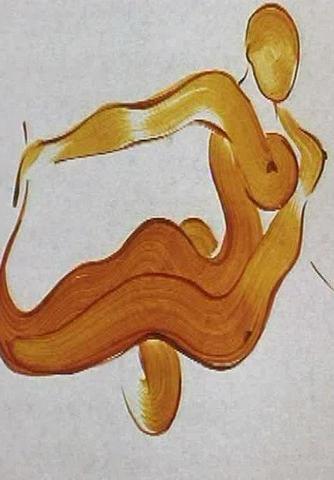 Triangle is definitely one of the more obscure shorts we've covered; it doesn't even have a Wikipedia page! According to this article I found, it's the second in a trilogy of films about dance directed by Erica Russell. Watching Triangle I was reminded of a few animated shorts we've covered before- Like Ryan Larkin's Walking, it's a study in human motion. And much like Bill Plymton's Your Face, it's really just an excuse for its director to show off their animation skills. And watching the film, it's clear that she has considerable talent. And yet, for some reason, Triangle doesn't work for me nearly as well as those other two films did.

If I had to guess as to why, I'd say ultimately it comes down to length. At over eight minutes long, a short like Triangle has to get really inventive in order keep your attention. Triangle has some nice visuals, but nothing that sets it apart from similar shorts or justifies its runtime. Maybe it's the music by Charlie Hart, which is appropriately percussive but a little repetitive. Or perhaps it's the fact that the short tries to have a plot, which ultimately distracts from the abstract imagery. With shorts like this, it's hard to pinpoint the exact reasons as to why they don't work for you. They either do or they don't. And for me (and I imagine for a fair amount of people), Triangle really just doesn't work.