You can say a lot of things about Walking, Ryan Larkin’s Oscar-winning 1968 short. But the one thing you can’t say about it is that its title is misleading. Released by our friends at the National Film Board of Canada, Walking is five minutes of just that- people walking. The people and the ways they walk might be different, but ultimately what you see is what you get. So yeah, I’m sure this short will give me a lot to talk about. 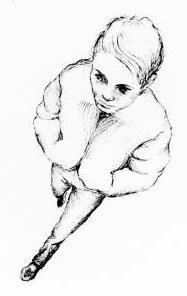 When I first saw Walking, I was not a fan of it at all. And can you blame me? Again- it's just people walking. Five minutes of it! And they're not even Silly Walks! But that started to change when I saw Chris Landreth's 2004 short Ryan. Not only does that short act as an excellent biography for Ryan Larkin, it also helps explain why Walking was such a big deal in the world of animation. With Walking, Ryan Larkin created a study of human motion which animators still study to this day. Combined with his revolutionary use of watercolors, it was easy to see why this short was worthy of respect.

But respect is not the same thing as enjoyment, and I still couldn't say I thought Walking was that good. It bears repeating- five minutes of walking! But I always try to rewatch these shorts before I write about them, and in this case I'm glad I did. Taking another look at Walking, something about it clicked for me. Maybe it was the music. Maybe I just appreciated the visuals more. Or maybe it was knowing more about Ryan Larkin. Whatever the reason, watching Walking for a second time, I felt myself strangely hypnotized by the film's inexplicably haunting quality.

I can not, in good conscience, say that I particularly "like" Walking. I can not stress this enough- five minutes of walking. That's just not something I really want to watch. But I appreciate it a lot more than I used to, and I found it a lot more engaging this time around. Walking will certainly never be one of my favorite shorts- I'm a film blogger, not an animator. But it's more than earned its place in history, and it's worth at least one watch.

After all, it's only five minutes.