In our three weeks here at The Great Oscar Baiter, we’ve covered a lot of animated shorts of varying quality. Some were fast paced and funny, others were more low key or morose. But none, so far, have been as just plain weird as today’s short, the 1987 film Your Face. 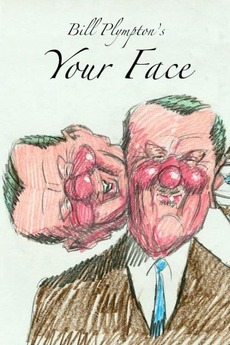 In the world of indie animation, Bill Plympton is something of a legend. Starting his career as a cartoonist, Plympton went on to a long and fruitful career in animation. He self-financed several feature films, did a Simpsons couch gag, contributed a segment to ABCs of Death 2 and even turned down the opportunity to animate for the Genie in Disney's Aladdin because he objected to the terms of the contract he'd have to sign. And perhaps most importantly, he animated a "Weird Al" music video.

But across his career, Plympton has never won an Oscar, and has only been nominated twice. His first nomination came with Your Face, and it's not very hard to see why it caught the Academy's attention. Your Face serves mostly as an opportunity for Plympton to show off his skills, as he draws one face metamorphosing into various odd configurations, all set to a strangely morose original song written and performed by Maureen McElheron, which was then slowed down to make it sound more masculine.

Your Face is certainly an impressive showcase, and at only three minutes long, it never gets the chance to bore you. The musical accompaniment is the perfect touch too, giving the short a haunting quality that enhances the visual splendor. These types of shorts can be very hit or miss for me, but when they hit they're a hell of a lot of fun to watch.

Unfortunately for Plympton, Oscar gold wasn't in his future that year, losing Best Animated Short to The Man Who Planted Trees, which... quite frankly is easily one of the best animated shorts to ever win an Oscar, so yeah, that's fair. Still, there's no shame in coming second, and something tells me that for Plympton, it's really the art that matters, not the trophies.

"Your Face" is available to watch for free on Tubi.