A recent trend in computer animated films has been the use of advances in technology to produce photorealistic animals. This has been met with some controversy, and not without good reason. As Jon Favreau’s The Lion King has demonstrated all too well, real-looking animals are not particularly expressive, a simple fact which runs counterproductive to the nature of animation. But there is a time and a place for everything, and the 2017 short film Garden Party shows that this recent trend can be used for good as well. 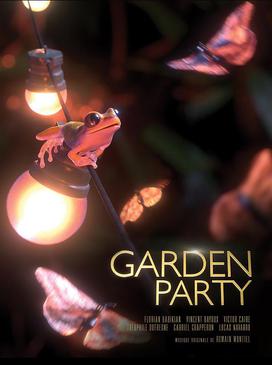 Garden Party was directed by Illogic Collective, a sextet of French animation students. (What is it with French students and their Oscar-nominated shorts about animals?) It follows an assortment of frogs exploring a deserted mansion, getting up to all manner of amphibious hijinks along the way. Which is a perfectly cute idea for a short, if not exactly inspired. But things are not exactly as they seem, and it isn't long before the short takes a sinister turn...

As you can see, Garden Party is a fairly simple short, with most of the effort being put into the animation. Which makes perfect sense if you think about it; Garden Party is a school project first and foremost, designed by its directors to show off what they've learned. And clearly they learned quite a bit, if the images in the film are anything to go by. The animation in Garden Party is absolutely gorgeous, with a great emphasis on lighting and color to produce a visually pleasing short. And the use of photorealistic animals is absolutely appropriate and not even a little bit creepy. Unless you find frogs creepy. Which my dad does. 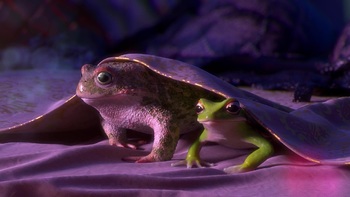 So as an animation showcase, Garden Party succeeds splendidly. And as a short in its own right, it's pretty damn good. While the story is simple, that little infusion of dark humor at the end is just enough to elevate it to the next level. Apparently it wasn't enough for the Academy though, with Illogic Collective somehow losing to Glen Keane and Kobe Bryant for Dear Basketball. But hopefully they at least got an A on their assignment.