In many ways, films often act as time capsules, preserving a moment in history for generations to come. This is especially true for documentaries, which preserve in amber an issue or event and what people thought about it at the time. Those sorts of things are always pretty interesting. Which is good, because in the case of films like A City Decides, it’s just about the only interesting thing the documentary has going for it. 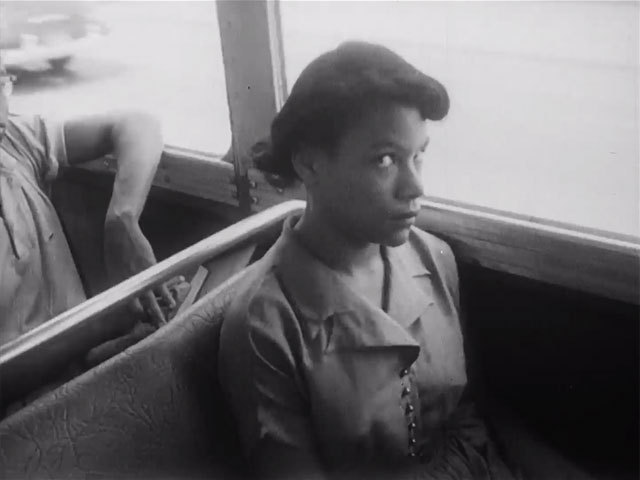 (via The National Film Preservation Foundation)

Directed by Charles Guggenheim (the most awarded documentarian in Oscar history) and released in 1956, A City Decides is a documentary short chronicling the integration of public schools in St. Louis. As a historical document, its value is unimpeachable, giving an in depth look into the process, as well as the debates had around the subject. Without the benefit of hindsight or the years of history between its subject and release, A City Decides provides an unobscured look at a moment in civil rights history. Which is all very fine and good, but what does that mean about it as a movie? Well, let's find out.

Documentaries like A City Decides are always difficult to review, if only because they don't really feel like documentaries. They feel more like newsreels than anything, and how do you review a newsreel? It's perfectly informative, which I suppose is the point, but it's not very engaging and there's not a lot of art to it. Documentaries can be so much more than just a dry presentation of facts, and at least from my point of view they should be. Of course that sort of thing is always up for debate, especially amongst documentarians. Depending on your philosophy, this might be just what you think it should be.

A City Decides seeks to educate its audience, and it does just that. But it doesn't do much more than that. Shorts like this belong in a museum or a history class, but do they have a place at the Oscars? I'm not sure. A City Decides gets the job done, but I can't say I recommend it as a film. But you don't have to take my word for it- much like a city, you can decide for yourself!