Unless you’re fluent in the language, there’s always going to be a barrier in watching foreign films. Whether it’s a cultural barrier or an issue with the translation, there will always be some context missing which you need to compensate for. Take, for example, Ousmane Sembene’s La Noire De… When released in English speaking countries, the title was translated to Black Girl; while technically correct, it misses out on a lot of the subtleties implied by the original. Still, most of these differences can be overcome, but it certainly helps when the film has subtitles. That was not the case when I watched Antonello De Leo’s Senza parole for the first time. But I suppose that’s rather fitting in a film all about language difficulties. 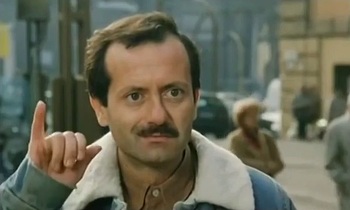 Released in 1996, Senza parole (translated into English as "Wordless") is a short romantic comedy that comes to us from the romantic country of Italy. It tells the story of Celestino (played by a funny and charming Luca Amorosino), a dishwasher who feels isolated in the city due to the fact that he speaks a broken form of Italian. His life changes when he meets Rosy (Rosa Maciopinto, also funny and charming), a mute (but not deaf) woman. Seeing his opportunity for love, he teaches himself sign language and pretends to be mute as well. Of course, I picked up on none of that the first time I saw it; without subtitles, the film seems like the story of a man who tricks a deaf woman into falling in love with him, which is far less funny and charming. Luckily, the people at rarefilmm have provided a subtitled version which you can watch here. At only nine minutes long it's a pretty quick watch, with a quirky sense of humor and a pretty unexpected ending. It's an odd but sweet film, and I recommend it to anyone reading this. 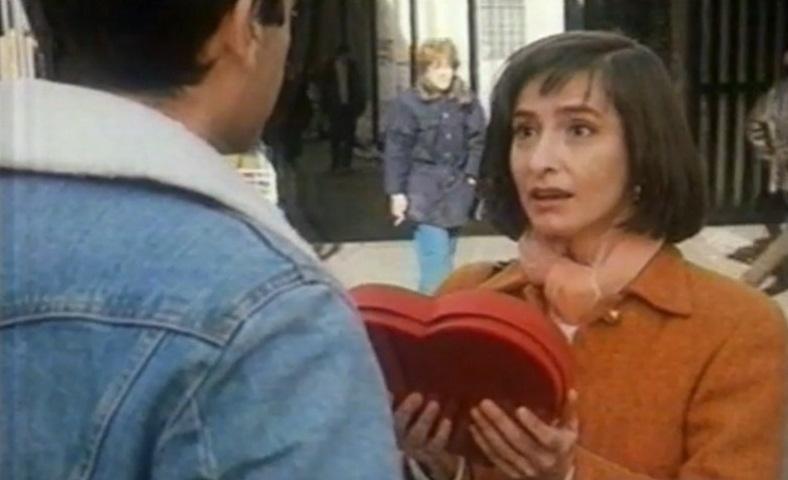 Senza parole is easily one of the most obscure shorts we've covered at The Great Oscar Baiter (at least in America), and that's a shame. It's not a great film, but it's a cute little romance, and one that could easily support a cult following if only it could find an audience. There's something undeniably weird and offbeat about it that gives it an incredible amount of charm, which goes a long way in making up for any nitpicks you might have about the filmmaking. I have absolutely no idea how it managed to secure an Oscar nomination, but I'm certainly glad it did. All but one of the Live Action Short nominees that year were from non-English speaking countries (the exception was the winner, Dear Diary, which began life as a failed TV pilot). Still, as hard as this short was to find now, imagine how much harder it would've been without the Oscar nod!