The 13th Academy Awards marked a very important year in the history of animated shorts. Not only was it the first time a non-Disney film didn’t win the award, a Disney short wasn’t even nominated. The shorts recognized that year were even more important, marking the debut of icons such as Bugs Bunny and Tom and Jerry. But of course, the Academy Awards don’t always hand the award out to the most important or influential film. And nowhere is that more clear than with Rudolf Ising's The Milky Way, which the Academy inexplicably decided was the best animated short of 1940. Just… why? 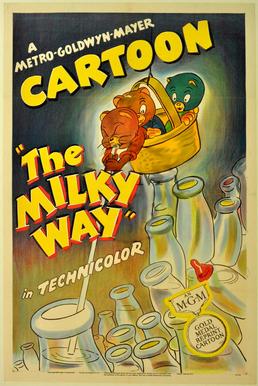 Through some strange cosmic coincidence, The Milky Way is our second consecutive short about cats. And while The Cat Came Back was based on a popular song, The Milky Way is based on a nursery rhyme, in this case the three little kittens who lost their mittens. Furious about being sent to bed without supper, the kittens decide to hitch up some balloons to a basket and visit The Milky Way. Kind of an overreaction, but I suppose I can understand their frustration. So far, The Milky Way may not sound like a GREAT short, but not a terrible one either. And to be fair, it's not terrible. The animations isn't spectacular, but it's solid, and the film is filled with some pretty clever visuals. It's never laugh out loud funny, but it's amusing in parts, and the film makes space look pretty good. But man, I have to tell you, I just can not stand this short. You see, while The Milky Way is nice to look at and occasionally funny, that's not what it's primary goal is. First and foremost, The Milky Way is trying to be cute. And it's trying so hard that it vastly overshoots cute and lands squarely in the camp of fucking annoying. Don't believe me? Watch it for yourself and see if you don't agree!

Like nails on a chalkboard. All the voices in The Milky Way are done by Bernice Hansen, who was forty-three when the short came out. And while I'm sure Bernice Hansen was a lovely woman, my God her voices for the three kittens are just obnoxious. Adult actors playing children is always something that has to be done extremely well to pull off, because when it doesn't work, the results are pretty dire. (I honestly prefer it when the adults give up all pretense of sounding like real kids and just use their own voices. It's why Bob's Burgers gets away with it, after all.) The character animation doesn't help either, what with the overly cutesy designs and the fact that one of the kittens keeps having his clothes removed. Why? Why do cartoons about children always do this? I won't say no one wants to see that, but the ones that do really aren't worth catering to! While The Milky Way is certainly not without merit, any thing that might be enjoyable about it is undone by those sickly sweet kittens.

Those aren't the only issues with the short that I have, admittedly. The chorus of singers which narrates the first half of the short is also pretty obnoxious, and there's just something very... offputting about all the milk getting splashed around in this short. It's just very unsettling in a way I can't quite put into words. I'm sure I'm not the only one who thinks that. Also, a short that's just fifty percent kittens gorging themselves on milk? That's disgusting. I like milk and even I find this revolting to watch. Who could find it that entertaining? I can watch the entire Saw series and barely flinch, but the sight of these three kittens just straight up shooting milk into each other's mouths is... I can barely look at it. 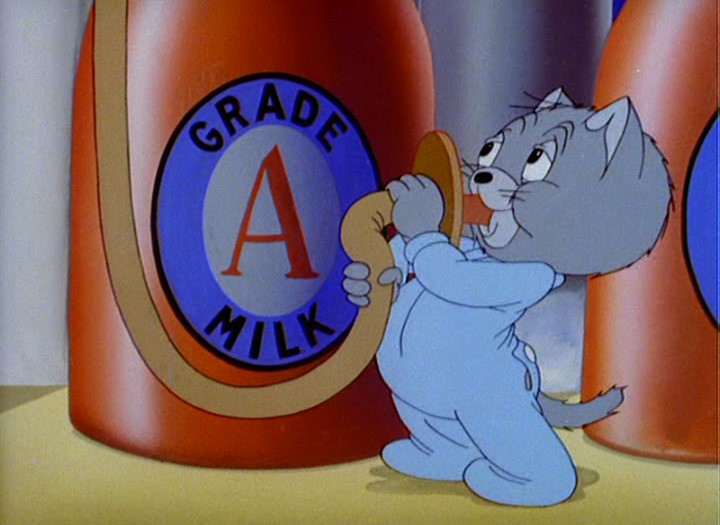 While cute cartoons have never gone away, there's something about The Milky Way's specific brand of cuteness which feels very old fashioned. It most reminds me of The Little Match Girl (the 30s one, not the Disney one), a short which I also really didn't like. But that film had its fans, and I'm sure this one does too. If you're into this particular brand of cuteness, then this short is for you. But I, for one, am glad we've mostly left this kind of cartoon in the past. Bugs Bunny and Tom and Jerry were the future of animation, and the medium is all that much richer for it.