Today’s short happens to cover two topics which I seem to bring up quite frequently on here- Aardman Animations and the 72nd Academy Awards. Hell, the last time we talked about an Aardman short was two days ago! This was certainly not on purpose; I had no idea Humdrum was an Aardman short until fairly recently, as it’s quite different from their regular style. I was, however, very aware of the year in which it was nominated for the Academy Award for Best Animated Short. Regular readers will remember that I consider that year’s lineup to be one of the best in the history of the category, with one major exception. And fans of Aardman Animations should be aware that the major exception is definitely *not* Humdrum, because this film is simply delightful. 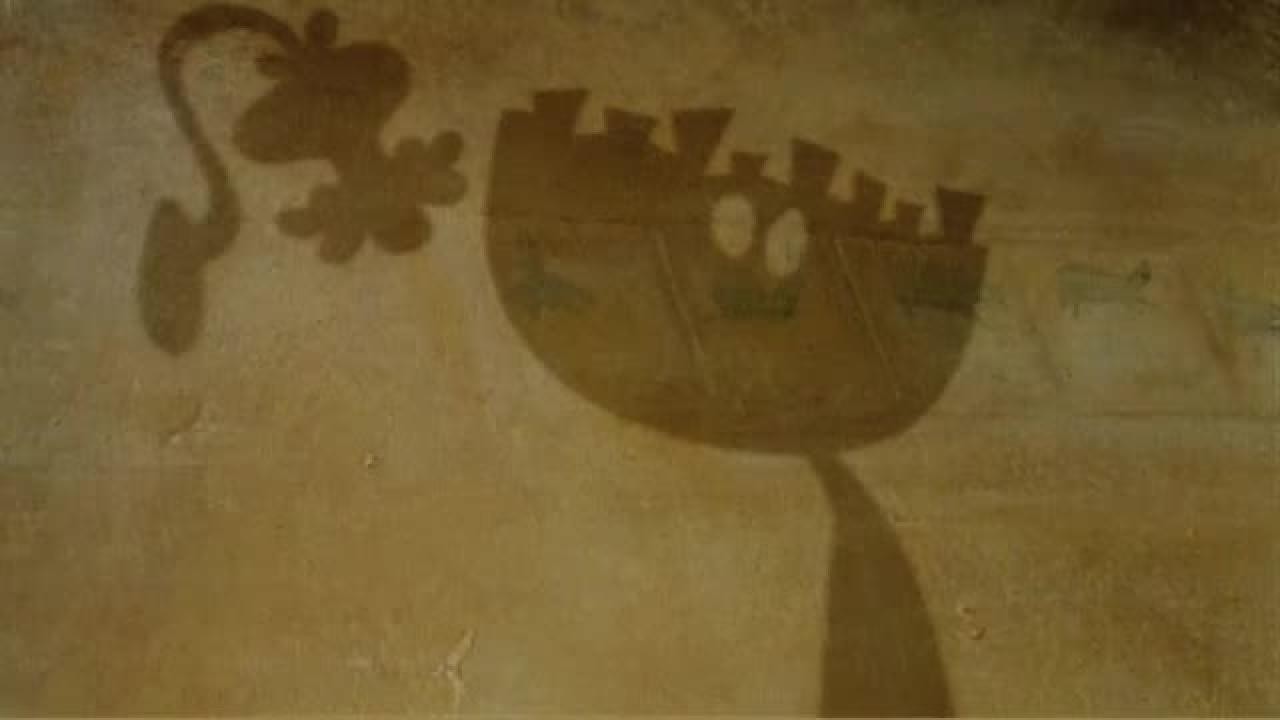 Directed by Peter Peake, Humdrum is a short all about boredom. It follows two roommates (Jack Docherty and Moray Hunter) who are struggling to figure out how to spend their afternoon. Absolutely none of their ideas sound any good until one suggests (rather forcefully) that they play a game of Shadow Puppets. That's not a great idea at the best of times, but it's an especially poor suggestion considering the two of them are Shadow Puppets themselves. (Technically, they're paper cutouts animated in stop motion to give the illusion that they're shadow puppets, but let's not split hairs here.) That might not sound like the best idea for a film on paper (how can a movie about two people being bored be anything but boring?), but in practice it works like a treat.

One of the remarkable things about Aardman is that, while they are obviously famous for their stop motion animation, their films heavily rely on their dialogue. Sure, Gromit may be completely silent, but all of his best nonverbal moments are just reactions to whatever nonsense Wallace is spewing out. And films like Chicken Run and The Pirates! In an Adventure with Scientists prove that their knack for verbal wit can extend to feature length. (The only exception we've seen so far is Adam, which was completely without dialogue). This not only makes their films fun to watch (especially for adults), but it allows for some of their more experimental films to retain their house style. Humdrum may not like like an Aardman short, but it certainly feels like one. The interplay between the two characters is the focal point of this short, and it's pretty damn funny. Hunter and Docherty have a natural chemistry between the two of them (it wouldn't surprise me if they recorded their lines together), and have a way of making the most absurd moments in the short seem perfectly logical. That's certainly helpful in a short like this, in which most of the humor comes from random asides and non sequiturs. How funny you find this short comes down to how funny you find that sort of thing, but luckily I'm a fan. Or maybe it's just funny because they're Scottish and the Scottish are just naturally funnier than most people. Kind of like Australians.

Of course, this being an Aardman short, the animation is still pretty fantastic. That's something that can be said about pretty much all of their films. Except for Flushed Away, but that was all Dreamworks' fault so we won't hold that against them. But even by their usual standards, Humdrum is a visual treat. Perhaps because it's just so different from what we've come to expect from them, but I absolutely love the Shadow Puppet aesthetic. And even though the characters are as two-dimensional as they can possibly be, they still manage to be remarkably expressive. I don't know how they pulled it off, but I suppose that could be said in regards to any piece of stop motion animation. Even the absolute worst stop motion short is worth watching, and Humdrum is FAR from the worst.

In the pantheon of Aardman Animations, Humdrum is something of a footnote. It's fairly obscure (hell, it doesn't even have a TV Tropes page!), no doubt due in small part to the fact that it lacks any Wallace or Gromit. Still, for anyone who wants to develop a deeper appreciation for Aardman's output, or is simply looking for a good way to kill a bit of time, Humdrum is well worth a watch. It's too bad the characters in this short couldn't watch their own film. It's as surefire a way to beat boredom as I ever saw.