A Year in Shorts Day 97: "Stop Look and Listen"

Here at The Great Oscar Baiter we kicked off 2021 with style by looking at the delightfully bizarre short film Neighbours. That film, among many things, made great use of pixilation, a form of stop motion animation using live actors. Such a technique can often result in a strange but striking film, which perfectly describes Neighbours. And strange and striking also describes today’s film, the 1967 short, Stop Look and Listen. 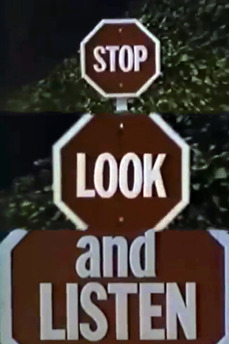 Written and directed by Len Janson and Chuck Menville (who also star in the short), Stop Look and Listen is something of a cross between a driver's ed video, the films of Harold Lloyd and a live action adaptation of Mario Kart. The film is a Goofus and Gallant type story demonstrating the differences between a safe driver and an unsafe driver who come into conflict with one another on the road. If that doesn't sound that entertaining, not to worry- there's a twist. You see, in this movie, the drivers aren't in cars- they are the cars. It's kind of confusing. But luckily the film is on YouTube so you can see for yourself!

After directing this film, Janson and Menville would go on to a successful career as TV writers, with notable credits between them including The Real Ghostbusters, Sonic the Hedgehog and even an episode of Batman: The Animated Series. After watching this short, it's not hard to see why. Stop Look and Listen is a delightfully short which makes great use of its fairly simple premise. While none of the gags are necessarily brilliant, there is just something so surreally funny about watching everything happen the way it does. The excellent use of pixilation elevates what could have just been a silly short to a profoundly silly short. Note must be paid to the sound design as well, which really ties the whole thing together. The film is completely without dialogue, instead relying on sound effects to tell the story. They're all pleasantly cartoony, a symphony of splats, screeches and grinding gears, just over-the-top enough to fit into the film's strange world without going overboard. And the score by Madge Wilson is the cherry on top of this short sundae, just adding that extra bit of goofy fun to the whole affair.

And while Stop Look and Listen might not be on the same level as Neighbours (nor, sadly, did it win the Oscar that year), it's still a high quality short that anyone can enjoy, especially fans of alternate styles of animation. It's not high art, but it's good silly fun, and yet another excellent example of how strange and rewardingly offbeat the shorts of the 1960s could be.