Over the years, Tom and Jerry won the Academy Award for Best Animated Short seven times. Their first Oscar win came for the 1943 short Yankee Doodle Mouse, which we’ll be covering to celebrate Fourth of July (that’s called a “teaser”, folks). Their final win came a decade later, with a short that deviated slightly from the usual formula. Whether that’s better or worse is up for you to decide as we discuss Johann Mouse. 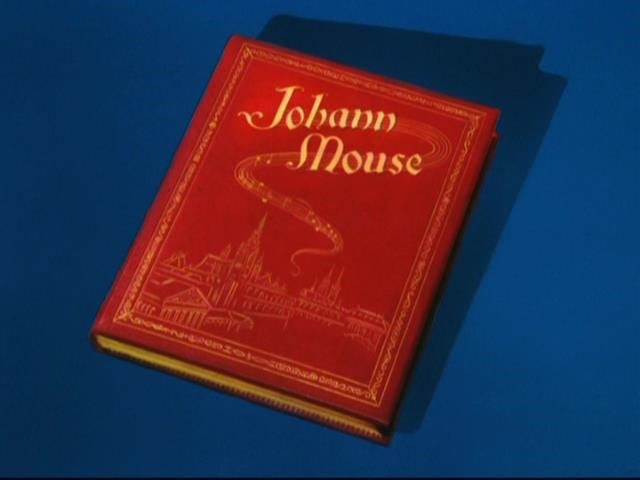 Yet again directed by William Hanna and Joseph Barbera, Johann Mouse sets itself apart from the other Tom and Jerry shorts we've discovered instead of having a contemporary American suburban setting, it takes place in the extravagant mansion of 19th century Austrian composer Johann Strauss. Yes folks, this is yet another cartoon which tricks you into listening to classical music! Lousy bastards, trying to give us culture.

"Zat's right you little shit! You're going to appreciate classical music whether you like it or not!"
(via Wikipedia)

But while the change in setting might be a departure for us, it certainly wasn't out of the ordinary for everyone's favorite cat and mouse. Tom and Jerry were getting into all sorts of adventures in the early 50s; if any of you grew up watching the "Mouseketeer" shorts with Jerry and Nibbles, this short is from around that time. Still, Johann Mouse is a bit of an odd duck in the Tom and Jerry canon nevertheless. For one thing, it has a narrator. And they didn't just hire any old slouch for the part, either- they got Hans Conried! Most of you will know him as Captain Hook from Disney's Peter Pan. But thanks to the eccentric film tastes of an ex-girlfriend of mine, he'll always be the delightfully campy Dr. Terwilliker to me. 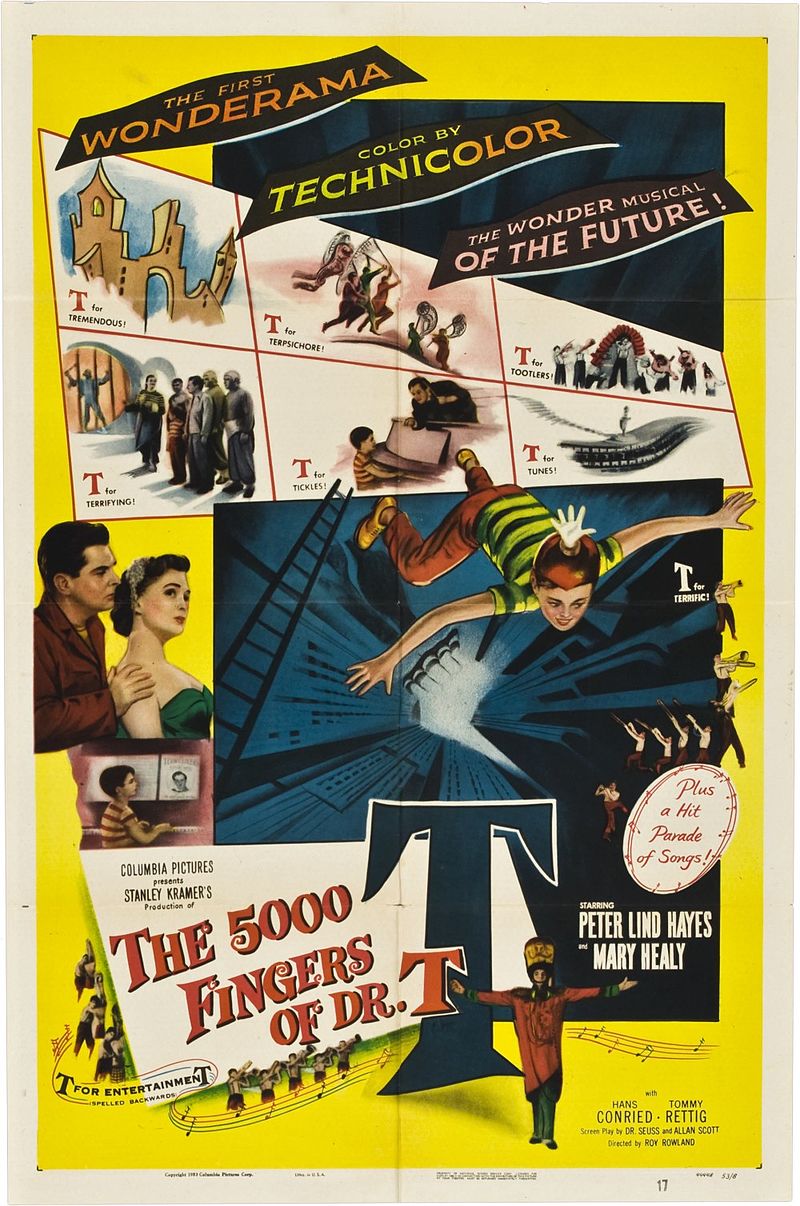 Still, the biggest difference between Johann Mouse and your average Tom and Jerry short is its plot. In that it has one. I have, over the past few months, spent a great deal of time and effort discussing the importance of good storytelling in shorts like these. While your basic slapstick cat-and-mouse shorts are primarily driven by the gags, understanding the fundamentals of story can make the difference between a good short and a classic. But that doesn't mean these shorts need much in the way of plot. All you need is a simple setup, a unique twist to set the short apart, and then you're off to the races.

But Johann Mouse is filled with plot. Too much, really. I'll do my best to summarize. You see, Johann Mouse (played by Jerry) loves Strauss's music. So much so that whenever he hears it, he can't help but dance. Strauss's housecat, Tom (playing himself) figures this out, and decides to learn to play the piano in order to lure him out. Of course, when the house staff witnesses a piano playing cat and a dancing mouse, they instantly make the pair a sensation. And like all sensations, they wind up performing for the Emperor of Austria! 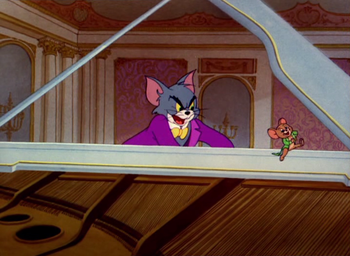 That's a lot of plot for an eight minute short! It's really no wonder they needed a narrator to get through it all. And unfortunately, that doesn't leave a lot of room for some classic Tom and Jerry hijinks. There's a decent amount of slapstick, yes, and some pretty funny jokes (the scene of Tom almost instantly becoming a master of the piano is a particular highlight), but nothing that rises to the heights of comic mayhem we've come to know and love from the two of them. 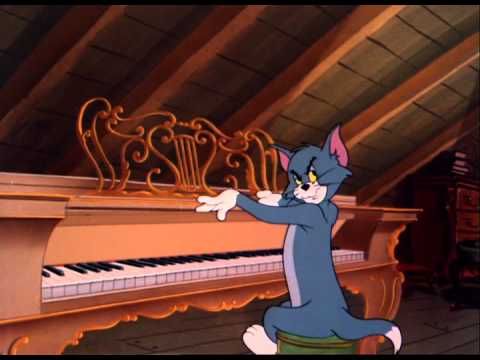 There's also something strangely off about the animation. The backgrounds are all lovely, quite possibly some of the most gorgeous work done in a Tom and Jerry short. Combined with the storybook format, the film brings to mind Ludwig Bemelmans' Madeleine series, which is very high praise if you ask me. As an interesting coincidence, one of Johann Mouse's competitors for Best Animated Short that year was a cartoon adaptation of the first Madeleine book. At least, I think it was a coincidence.

Unfortunately, as lovely as the backgrounds are, they clash pretty noticeably with the character animation, which even by itself isn't up to the series standard. The humans are far too simplistic, and Tom especially doesn't look right. Johann Mouse also suffers from being too brightly "lit", which washes out the colors and makes Tom and Jerry seem more out of place than they already were. A large part of me wishes that Hanna and Barbera had been a little more willing to experiment with their style and redesign Tom and Jerry in a way that suited their surroundings better.

Still, it's not a total loss. The backgrounds are still great, Tom and Jerry are still fun to watch, and Hans Conried is having a ball as the narrator. Many Tom and Jerry scholars hold this short up in higher esteem than I do; hell, Joseph Barbera considered it one of his favorites! And obviously the Academy loved it enough to give the duo their seventh and final Oscar. So while it might not be a high note, I'm glad Tom and Jerry were able to take a well-deserved bow.

"Johann Mouse" is available to watch on HBO Max.