Well, it’s time. I’ve been teasing it for a while now, and I knew I’d have to face it sooner or later. Yes, today we’re looking at Trees and Jamaica Daddy. It will be painful. It will be annoying. And we will all probably wish we had done literally anything else with our time. But it’s an Oscar-nominated film, so watch it we must. And as we do, keep one thing in mind- THIS film was considered more Oscar-worthy than What’s Opera, Doc? 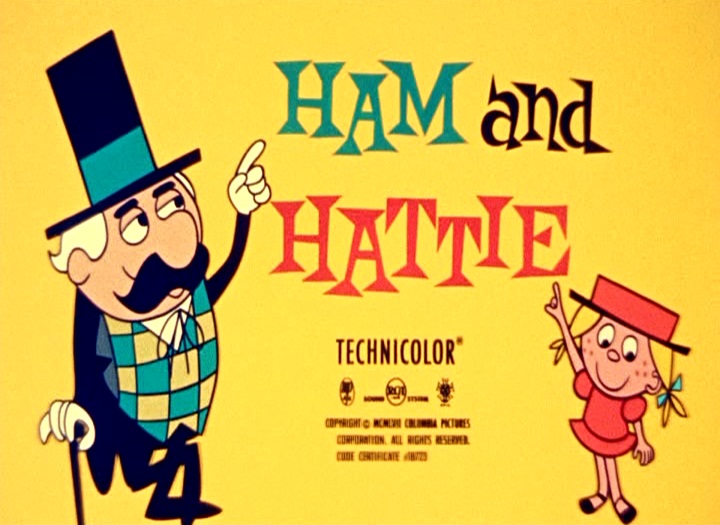 (via The Big Cartoon Database)

A quick, and unfortunate, addendum before we get to the topic at hand- a week or so ago, I made the declaration that Robin Hoodlum would be the last UPA film in our Year in Shorts. It turns out that was a mistake, and it seems as if we've got a couple more UPA films to get through before we're done with them. In my defense, it was an easy oversight to make. As is well-established by now, I'm quite fond of UPA shorts in general, and have covered them fairly positive this past year. How was I supposed to remember that Trees and Jamaica Daddy was a UPA film when it's completely fucking terrible? At any rate, perhaps this would have been a better note to go out on. Released in 1957, Trees and Jamaica Daddy was the last UPA short to receive an Oscar nomination, so it marks something of an end of an era. In fact, there are some who consider Trees and Jamaica Daddy to mark a point of declining quality for the studio. Several key figures had left UPA by this point (most notably John Hubley, who was forced to leave the studio after being blacklisted), and the UPA style had been so effectively adopted by other animation studios that it became difficult for UPA to stand out of the pack. Not making matters any easier were shorts like these, part of a short-lived series called Ham and Hattie, in which two directors would make their own separate musical shorts and cram them together to make one film. Yes folks, Trees and Jamaica Daddy gives us two shorts for the price of one, and it's really hard to decide which of the two is worse.

First up we have Trees, the "Hattie" segment, directed by Lew Keller. For those of you who decided not to watch the short... well, I congratulate you on your wise decision making, but I suppose I should fill you in on what you missed. Trees, as the title suggests, is all about trees, with a song all about how great trees are. And that's... pretty much it. The song itself is pretty horrendous, with inane lyrics and even worse music. It just sort of plods along for a couple of minutes, with a half-hearted guitar riff plunking out something which almost resembles a tune. Not helping matters is the singer, who is ostensibly supposed to be Hattie, despite the fact that whoever it is (the film has no credited voice actors, a fact which its cast was no doubt grateful for over the course of their entire lives) is clearly a middle-aged man making no attempt whatsoever to sound lie a little girl. Instead it's just a weirdly nasal, flat voice droning on about trees. Really the only pleasure one can get from this segment is the fact that the singer uses the word "pussies" and "daddy", and that's only funny because the Internet has ruined us as a species. 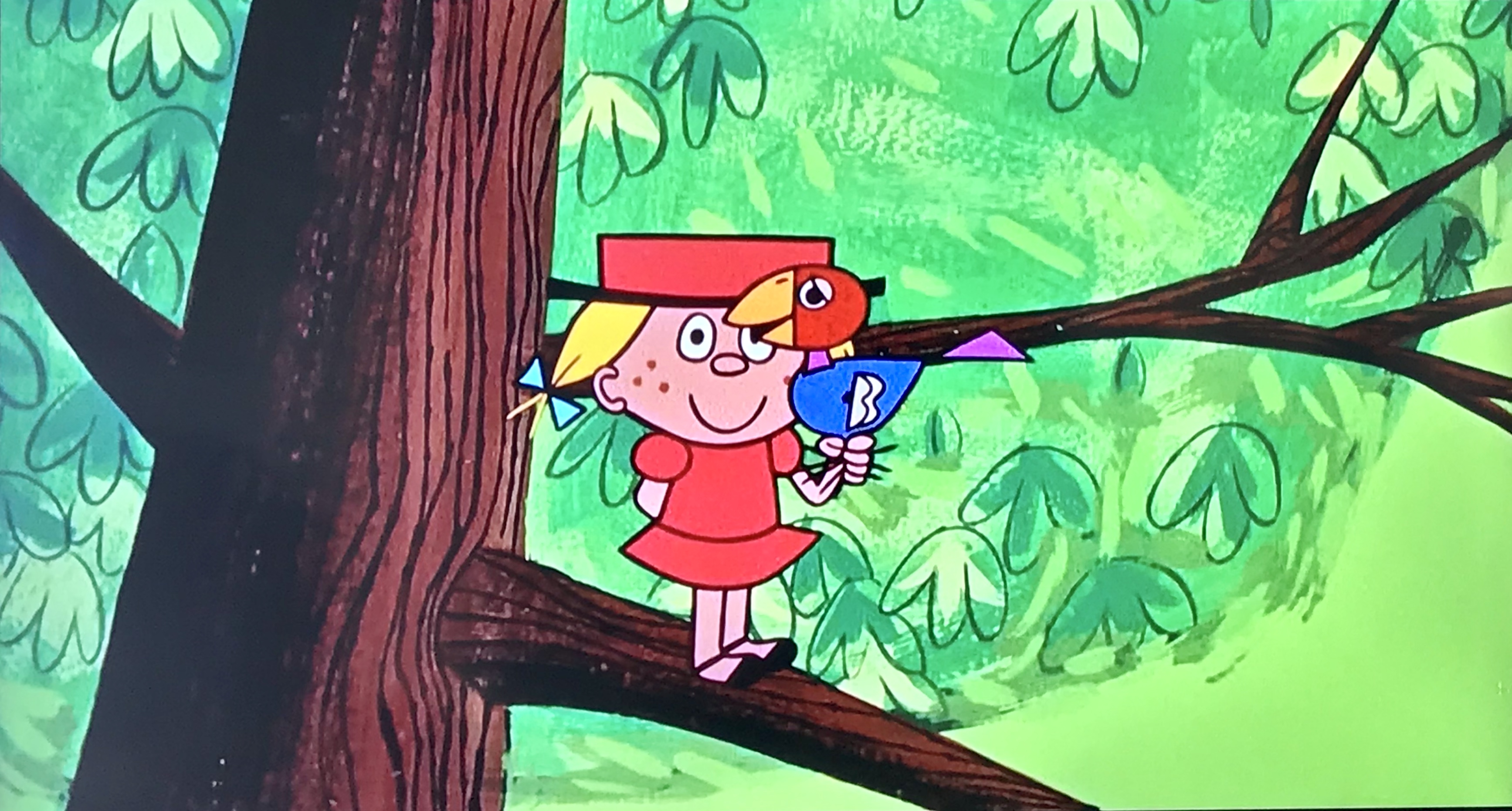 Still, as bad as the song is, it's nothing compared to the animation. In the interest of fairness, I should say that some of the backgrounds are decent. But other than that, this is easily the worst animation we've ever seen from UPA. Yes, the studio pioneered limited animation, but Trees takes it to the absolute limit. At some points it's even hard to call it animation, most notably with the ill-fated cat trying to eat a bird. His "movement" consists of a single cel drawing being dragged across the background, which is as lazy as it gets. Hell, that's the sort of thing that'd be unacceptable for a Flintstones episode, let alone a theatrically released cartoon. It's not as if UPA didn't have a budget for these things! Clearly they just didn't know how to use it. 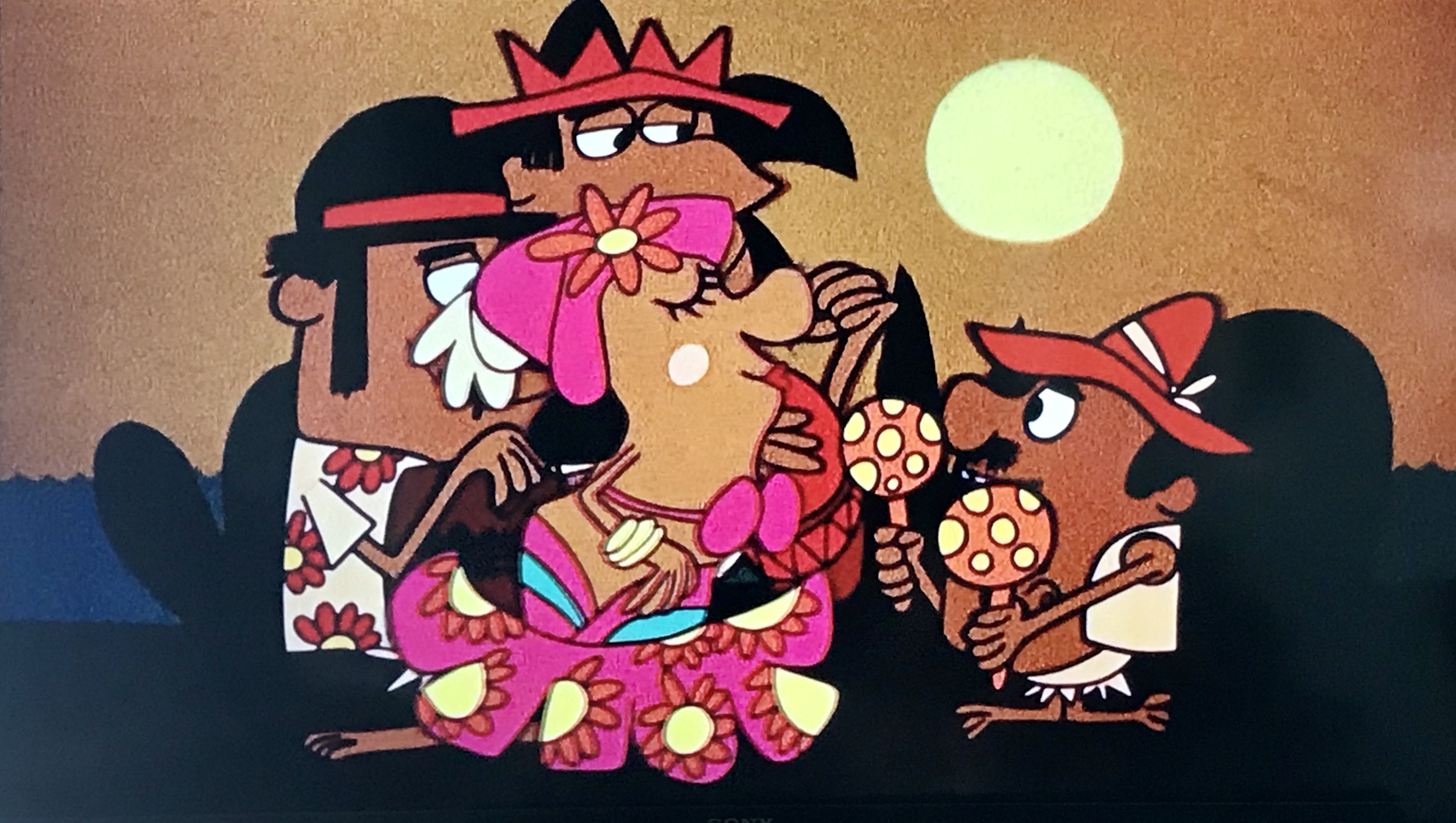 Which leads us to the second segment, Jamaica Daddy, directed by Fred Crippen. In what I assume was a vain attempt to try and connect these two songs somehow, Jamaica Daddy features Ham adopting a terrible Jamaican accent to sing about the need to propagate the family tree. (The other connection is, of course, the word "daddy", which once again is the most amusing thing about this film.) In some regards, Jamaica Daddy is better than Trees, although admittedly not by a wide margin. The song is still terrible, but at least it sounds more like a song. Sure, it's annoying, but that at least denotes a level of effort not taken by whoever wrote Trees. The animation is also a slight improvement over Trees, with the characters moving with a bit more energy. Again, none of these are major upgrades in quality, but it's something. 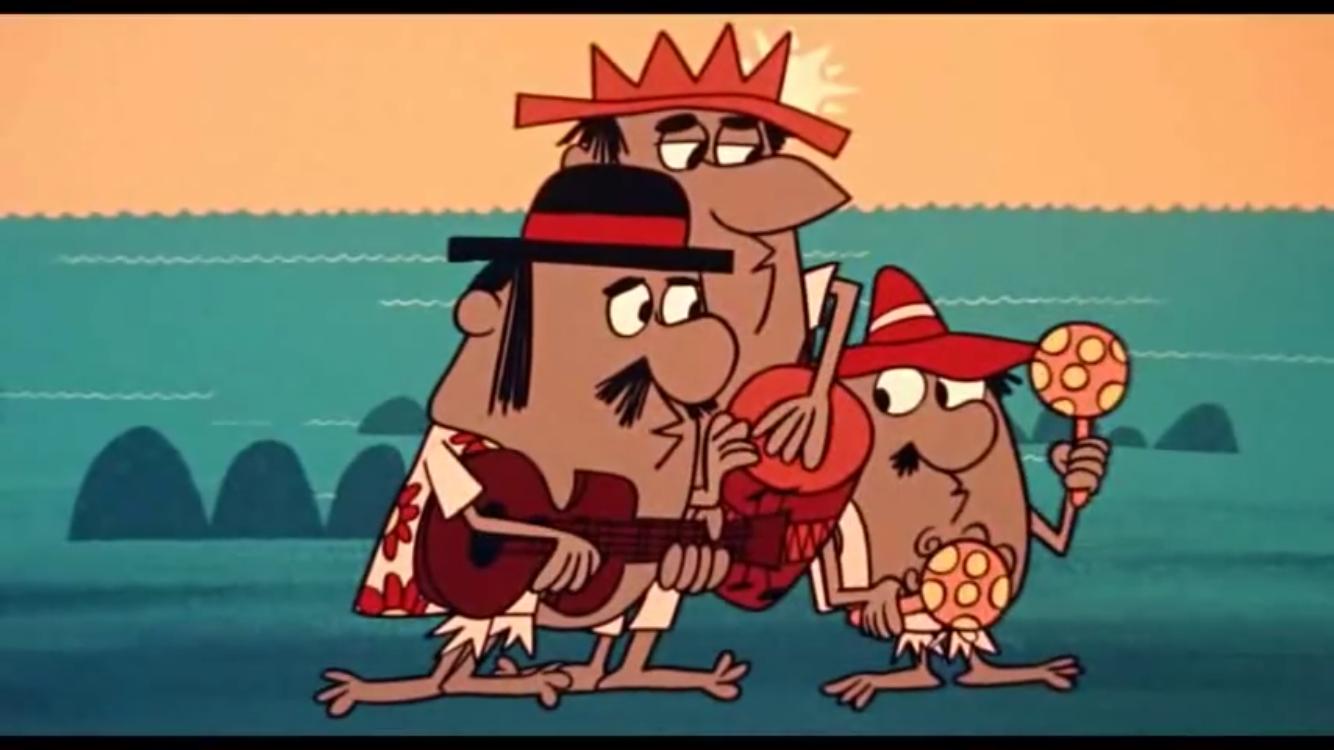 But that something certainly doesn't make up for the short's other shortcomings, namely the racism. The short is already starting off on the wrong foot by opening the segment with Ham donning blackface for his performance. And then of course there's just the vocal performances themselves, which must be offensive to someone. I'm not entirely sure who, I admit. They're supposed to be Jamaican, but they don't really sound Jamaican. Or even particularly Caribbean, if I'm honest. The singers seem to have decided to adopt a generic "Latino" accent and call it a day. Somehow that just make it worse to me. All I'm saying is if you're GOING to make a racist cartoon, at least put in some effort. 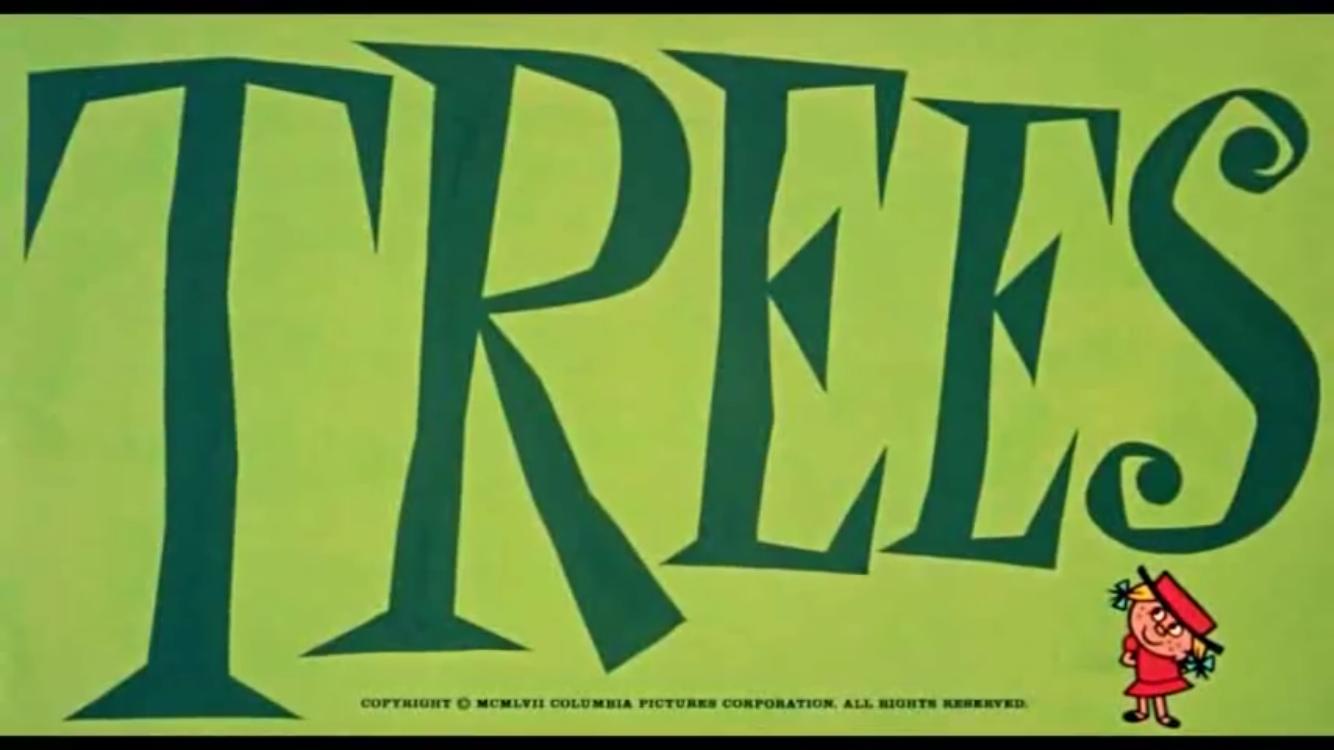 Either one of these segments would have been bad enough on their own, no doubt about it. Had they been released separately, both would have qualified for a spot near the bottom of our Year in Shorts ranking. (If either of them had managed to be nominated, which I doubt.) But putting the two of them together into one short only seems to magnify their horribleness, their similarities seeming worse when placed side-by-side, and their differences serving only to emphasize their own uniquely terrible qualities. A short like this would be an unforgivable release at any point in time, but during the late fifties it seems particularly egregious. UPA opened the decade by changing the world of animation forever, but in just a few short years this is what they were reduced to? It's not hard to see why they went defunct. The nicest thing I can say about Trees and Jamaica Daddy is that it makes all the shorts it competed against look better by comparison. Even One Droopy Knight!

Look I know I'm beating a dead horse here, but... released in the same fucking year! Not nominated!
(via Pinterest)

Still, one should always accentuate the positives, and that's what I will try to do. One truly terrible short is not enough to tarnish the legacy of UPA. (I assume the other Ham and Hattie films were equally shitty, but as none of them were nominated for an Oscar, I can remain in blissful ignorance.) And luckily for everyone involved, Trees and Jamaica Daddy will NOT be the last UPA film we'll be covering in our Year in Shorts. That honor goes instead to Ted Parmelee's The Tell-Tale Heart. As to why I forgot why THAT film was UPA, well... Trust me, it's quite a bit different from other UPA films in terms of style. But thankfully it's considerably better than Trees and Jamaica Daddy. Although I suppose almost anything would be.