Yesterday, we bid a fond farewell to Mr. Magoo, the flagship character of the underrated animation studio, UPA. Well by sheer coincidence (mostly due to me making a major scheduling error that I didn’t catch until a few weeks ago), today we’ll be saying goodbye to UPA itself, at least as far as our Year in Shorts is concerned. And much like how Trouble Indemnity saw us visiting the start of Magoo’s Oscar success, today’s short takes us to the beginning of UPA itself, with their debut theatrical short, John Hubley’s 1948 film Robin Hoodlum. 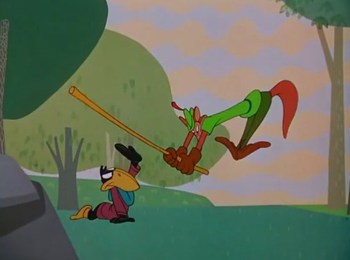 As you can guess from the title, Robin Hoodlum is a parody of beloved folk hero Robin Hood. Well, beloved by most anyway. Forgive me the brief tangent, but I've never particularly cared for Robin Hood as a character. I blame the fact that my first exposure to him was through the Disney film, which is easily one of the worst films Disney ever released. I know this is a controversial opinion, but the fact that Robin Hood as a fox was responsible for the sexual awakening of millions does not make the movie good. (As a point of interest, UPA beat Disney to the "Robin Hood as a Fox" concept by a whopping 25 years, yet I don't see anyone making any plagiarism complaints regarding that film!) Even the Robin Hood films that I understand are good- namely Michael Curtiz's The Adventures of Robin Hood- just don't really interest me outside of a few cool action sequences. Really, the only Robin Hood media I enjoy are the spoofs. Robin Hood- Men in Tights might not be the best Mel Brooks film, but it's still pretty funny. And that more or less applies to how I feel about Robin Hoodlum as well, come to think of it.

While they have mostly faded into obscurity by now, Fox and Crow were the most popular characters that Columbia had in its animated stable. Despite this, the studio was unhappy with the work of Screen Gems, and soon signed a deal with United Productions of America to produce new shorts in the series. (Up until this point, UPA's output had primarily been shorts for the government.) Robin Hoodlum was the first short produced under this contract, and while I don't know how it stacks up against other Fox and Crow shorts, it was apparently sufficiently impressive for both Columbia and the Academy. And it's not hard to see why. Much like The Magic Fluke a year later, Robin Hoodlum doesn't necessarily reinvent the wheel in terms of humor or storytelling. The short is filled with all the usual manner of cartoon violence and silly wordplay one expects from shorts released in the 40s. It's the animation which really sets this short apart. John Hubley and the rest of the animators at UPA had their own unique philosophy on animation, wanting to move away from the realism that often defined the cartoons of that decade and opting for something a little more stylized and simplistic. As we've seen throughout our Year in Shorts, that philosophy certainly bore out well for them. While Robin Hoodlum is not as abstract or unique as the shorts which would follow, one can certainly see the seeds of what would come being planted. If, like me, you've come to be a fan of UPA's work, that should be of great interest to you. 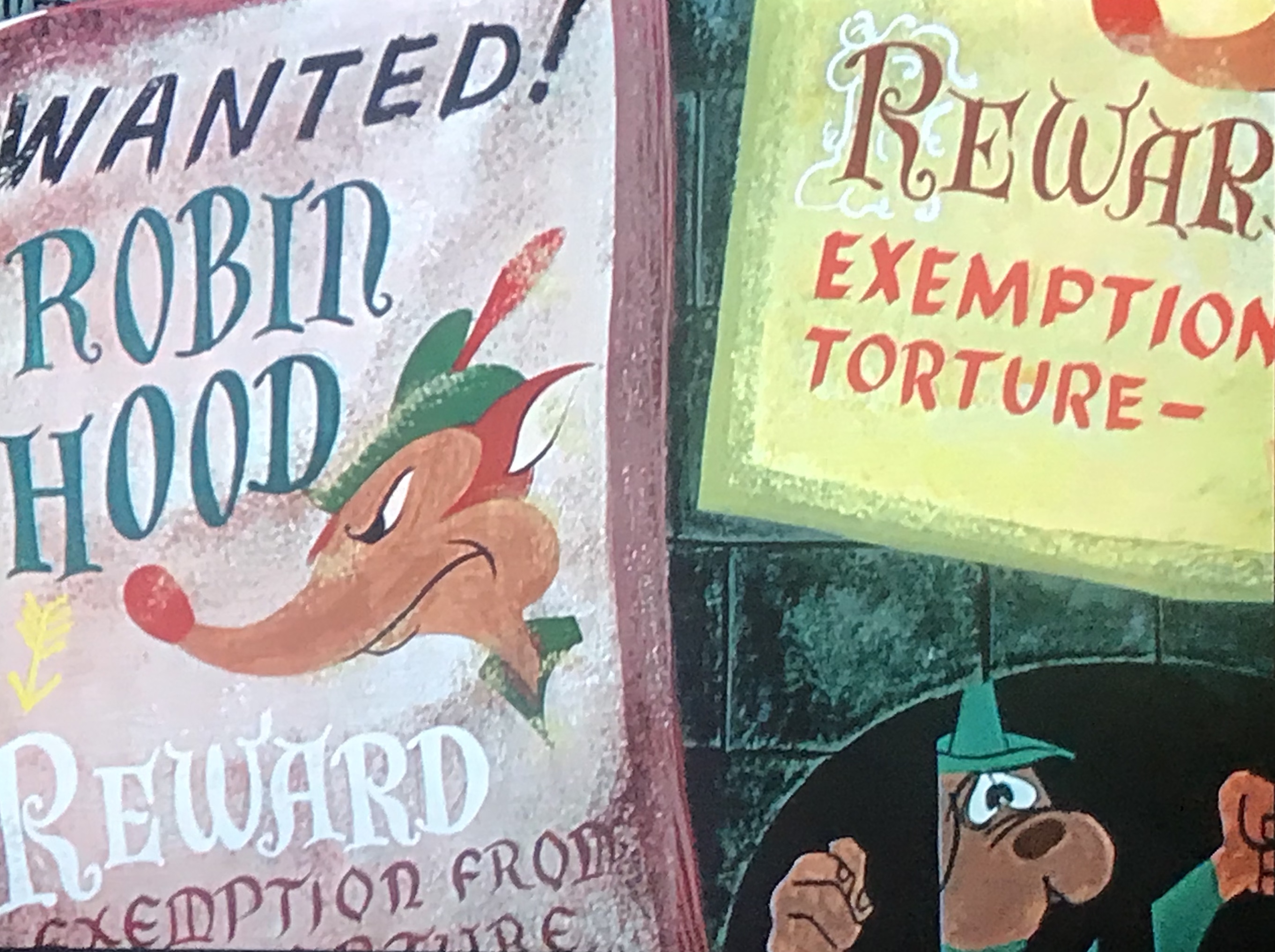 That is, admittedly, the most interesting thing about this short, which is otherwise not particularly noteworthy. Not that Robin Hoodlum is a bad film, by any stretch. It's decently entertaining, with some clever gags and good bits of slapstick. But it's not a great short, especially when compared to what Warner Bros. or MGM were doing at the time. (Is it really any surprise that the Oscar that year went to The Little Orphan instead?) The short is remarkably slow-paced, and the story structure is more just a series of loosely connected events as opposed to anything which really properly escalates. Perhaps that's just my distaste for the source material coming through. You can dress up Robin Hood however you like, I just don't find him all that engaging. Still, Robin Hoodlum is at the very least not as boring as many other versions of the tale I've seen, and its place in animation history certainly makes it more interesting to me. That has to count for something.