When discussions of diversity and representation come up in regards to the Oscars, conversation is typically limited to the Acting and Directing categories. And to some extent, it makes sense; those are by far the most visible individual achievement categories after all. But if there’s one thing that I hope to have made clear by now in our Year in Shorts, it’s that people’s accomplishments deserve to be celebrated regardless of how high profile they may be. Are there any categories less widely celebrated than the Shorts categories? (Answer- yes. The sound categories. Now category. Moving on!) Still, celebrating shorts is what we do (on a good day), so let’s keep the party going with 2019’s Hair Love. 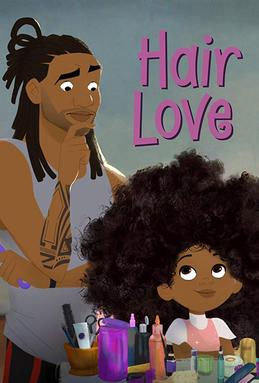 The story of how Hair Love went on to Oscar glory is pretty interesting in its own right. Director and co-writer Matthew A. Cherry (a former football player, which, after Dear Basketball, makes him the second former professional athlete to win an Oscar as well as the second Black man to win for Best Animated Feature) created a Kickstarter for the film in 2017, wanting to create a film that both countered negative stereotypes about Black fathers while also wanting to represent Black hair in film. After the massive success of the campaign, Cherry assembled a team (including producer Karen Rupert Toliver, who became the first Black woman to win for Best Animated Feature) and produced a short which would eventually get picked up by Sony. And all that hard work paid off as Cherry and his team produced a film that's heartwarming, funny and incredibly well-animated. And the whole thing's available online for free, so you can check it out for yourself if you haven't seen it yet!

As you've no doubt realized, there's a heck of a whole lot to love about Hair Love. (In hindsight, this probably would have been a more fun short to discuss for Father's Day than Father and Daughter turned out to be.) My penchant for films which tell their stories without dialogue (or mostly without dialogue, as the case may be) is well-established by now, and Hair Love is a particularly good example of how to do that sort of thing very well. A lot of this comes down to the character animation, which is wonderfully expressive. This short covers a whole gamut of emotions, and the filmmakers understood how important it was to capture them, especially when you're trying to tug on the old heartstrings. But Hair Love is a film that knows how to have fun too, as demonstrated by its goofy sense of humor, best seen in the extended imagination sequence. And really, how many films can you name which contain a scene of a man boxing his daughter's hair?

If I had one complaint about Hair Love, it would be that it doesn't quite go as hard as it could have when it comes to its big emotional moments. While the short is definitely heartwarming, I feel like it soft pedals the ending a bit. It's still lovely, but we're smiling when we could be crying. But I suppose that's more of a me problem than anything else. I guess I didn't really need to bawl my eyes out before watching Jumanji: The Next Level. Besides, Lord knows there are plenty of Oscar-winning films out there about horrible and tragic things happening to Black characters. It's important that we recognize the films about Black joy and optimism, right? I think so. But that's just one (mostly) white guy's opinion. Either way, Hair Love is a lovely short, and a fairly important one at that. And isn't that worth celebrating?