At the time of writing this, I am currently enrolled in a class entitled “Cinema, Time and Memory.” It’s very interesting, covering how film from various times and genres deal with issues of time and the passage of it. But very few films in the world have the audacity to cover the entire history of the human race in less than ten minutes. That’s where Rocks comes in. 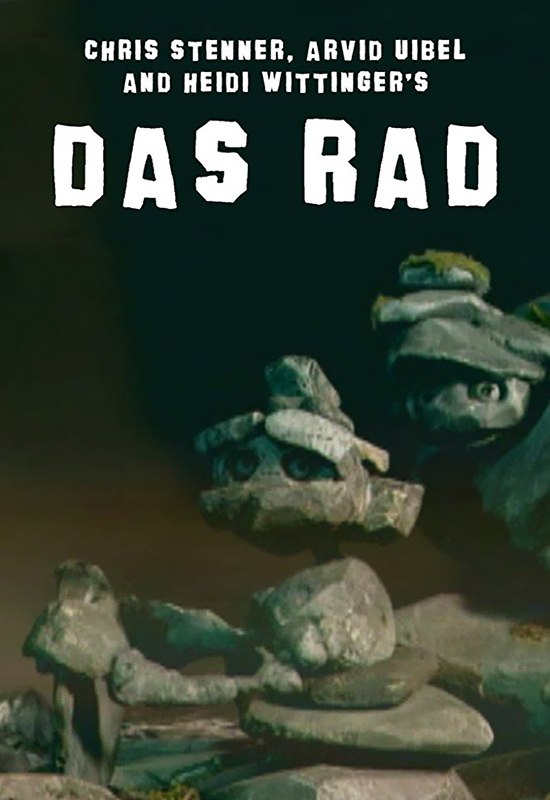 Also titled Das Rad (translated into English as The Wheel), Rocks is a 2001 German short directed by Chris Stenner, Arvid Uibel and Heidi Wittlinger. It follows the story of two sentient piles of rocks who witness the invention of the wheel and the entirety of all human progress, with the twist that (being rocks) it all moves at lightning fast speed. It's a clever concept, and the film has a lot of fun with it. The result is a delightfully entertaining short that's a joy to watch from beginning to end.

One notable thing about Rocks is that it combines three forms of animation (well, arguably two)- stop motion, CGI and puppetry. As I've said before, I am a huge fan of stop motion, and one always has to appreciate the absurd level of hard work that goes into it. Of course it helps when all that work is done in service of a film that's entertaining and nice to look at, and Rocks is both of those things. The central premise is fairly straightforward, but one of the benefits of it is that it allows (nay, requires) constant movement. But the movement is never so big that it becomes a distraction. As a result, there's always something to look at while on screen without taking away from the story. Animation is, at the end of the day, the art of motion (heck, all of cinema is), and a film that deals with motion directly as a topic is pretty fun. And of course, there's something neat about watching a film that deals with time so directly too. 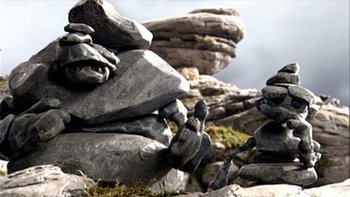 Rocks is kind of a weird film, but if you like kind of weird films you should like this one too. The Academy likes weird films enough to nominate them (well, at least in the shorts category), but they don't always win. Rocks lost Best Animated Short that year to The ChubbChubbs!, which is actually quite a bit better than its title would suggest. Still, I think Rocks was the better film, so it's a shame it lost. But I guess you just have to let these things pass you by, like civilization itself before a couple of rocks.