A Year in Shorts Day 105: "The Dot and the Line: A Romance in Lower Mathematics"

We’ve talked about Chuck Jones a lot in our Year in Shorts. He directed quite a number of Oscar-nominated shorts, and a few winners, but thanks to the way the shorts categories used to work he was never nominated for an Oscar personally until the 1960s. But finally, in 1965, he would release the film which got him his own Academy Award. And yet, ironically, one can hardly call The Dot and the Line a Chuck Jones film. But let's look at it anyway! 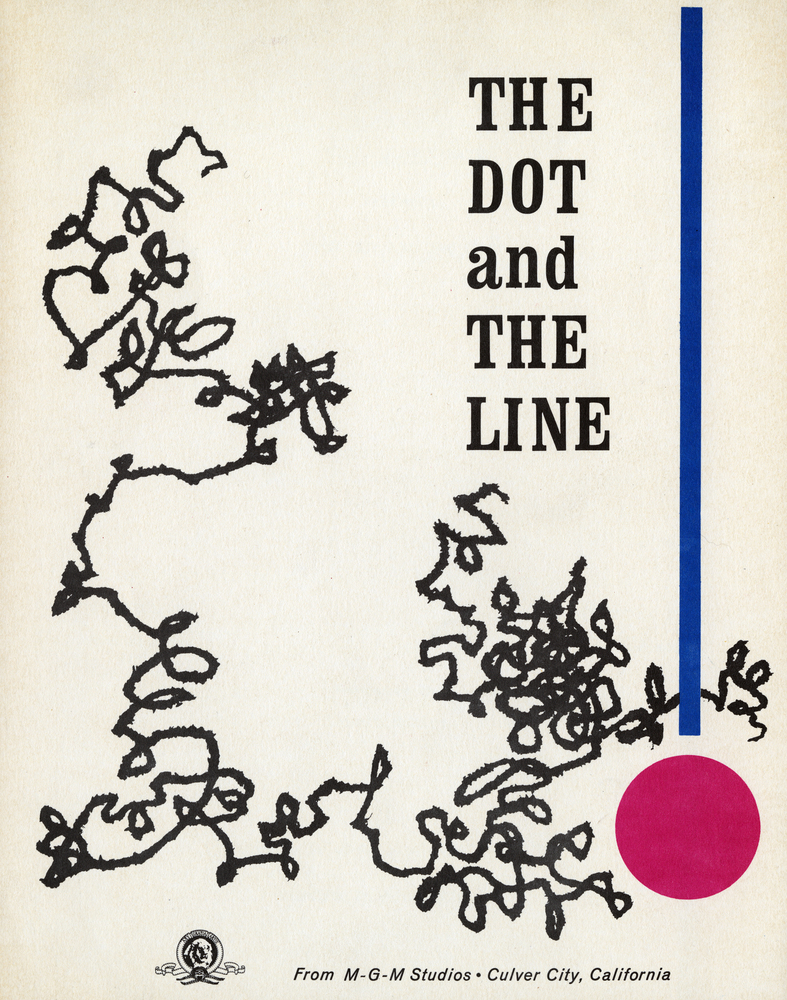 Based on the book by Norton Juster, The Dot and the Line: A Romance in Lower Mathematics tells the story of a straight Line who has fallen hopelessly in love with a Dot. Tragically the Dot is in love with a Squiggle (isn't that always the way?) and wants nothing to do with the Line. And while the obvious solution would be for the Line to accept her decision and move on with his life, this was a short from the 1960s and we hadn't moved past the Nice Guy trope yet. And really if the Line did the healthy thing we wouldn't have a short, and then where would we be? Besides, in spite of its subtitle, The Dot and the Line isn't really a film you watch for the romance but for all the geometry jokes.

Granted, geometry jokes are very rarely a wise subject upon which one should build a short. But The Dot and the Line is the exception that proves the rule. Much of that comes from the animation, which makes great use out of the fact that the characters are all abstract shapes. The film has a lot of fun with these simple designs, and manages to be visually appealing with simple but striking colors. In spite of all its simplicity, I would go so far to say that The Dot and the Line is one of the most visually appealing shorts we've covered so far. And that is saying something! 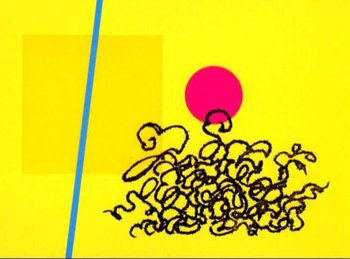 Norton Juster's script (which is really just the book read aloud) also helps make this short as enjoyable as it is. It's frequently sharp and clever, allowing for witty dialogue and some fun sight gags and diversions sprinkled through out. The script is aided in no small part by Robert Morley's wryly amused narration, which gives the whole thing a nicely whimsical feel. Every element of the film comes together to produce a short that is beautiful to look at and fun to listen to, which is all we can ask for from any film. Well, besides the silent ones I guess.

Oddly, of all the elements that produced this film, Chuck Jones probably had the least to do with it success. Despite being credited as the director, virtually everything about the short was actually directed by Maurice Noble, who is best known for his work as a background artist on Chuck Jones' most beloved shorts. Noble received a co-director credit for The Dot and the Line, but he didn't get an Oscar for it. In fact, Noble never received any recognition from the Academy during his life- not even an honorary award! (Jones, on the other hand, would receive an honorary award from the Academy thirty years after winning for The Dot and the Line). 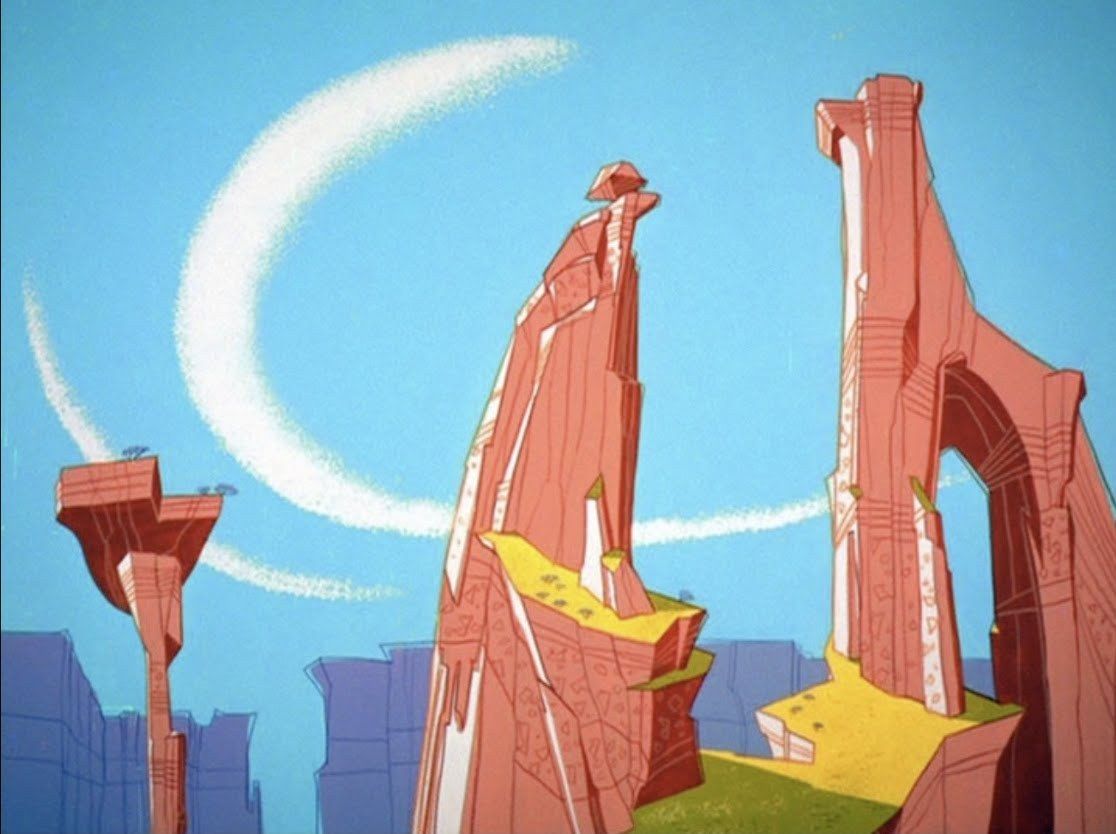 It is one thing for a film's director to receive all the credit for a film (What's Opera Doc? is a masterpiece, but how much of that is thanks to Noble's iconic designs?), but it's another thing entirely for them to get credit for a film they didn't even direct! I won't lie, it does put a bit of a sour taste in my mouth regarding this short.

But that's just something we have to live with, and there are certainly far worse things to have happened in the history of Hollywood. So instead we should focus on the great film Maurice Noble made, and make sure that he gets the credit he deserves for it and the rest of his work. While he may not have won an Oscar personally, Maurice Noble left behind a great body of work and an artistic legacy that's still seen in animation today. And that's more than a lot of people can say!

"The Dot and the Line: A Romance in Lower Mathematics" is probably playing in a math class near you.