A Year in Shorts Day 78: "Building a Building"

Construction sites are a popular site for animated hijinks. I’m pretty sure Popeye fought Bluto at a construction site once. The best segment of Fantasia 2000 featured a construction site heavily. Heck, one of the first shorts we covered here was set in one. So it really shouldn’t come as a surprise that Mickey Mouse would get involved in the construction business too, with the 1933 short Building a Building. 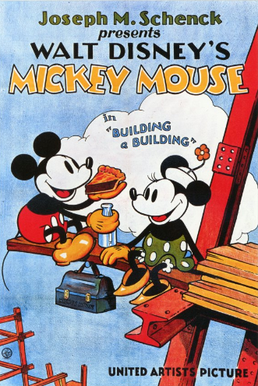 The premise of Building a Building (directed by an uncredited David Hand) is pretty simple- Mickey's working construction, Minnie comes by selling sandwiches, Peg-Leg Pete tries to kidnap her, hilarity ensues. Between the sexual harassment and absurd level of cartoon violence, I wouldn't be surprised if this film and the aforementioned Popeye short have a lot in common. Still, Building a Building is a fun and entertaining short, and definitely captures the zany antics that I always associate with cartoons from the 1930s. It might not be the most "clever" of shorts, but it's consistently funny and gets a lot of creative mileage out of its setting, which is all you can ask for really.

Building a Building is definitely old school, from the anthropomorphic inanimate objects (like a steam shovel or a whistle) to the kinds of gags on display. When someone says the word "cartoon", this is the kind of short you think of. The animation is simple and pleasing to the eye (even Pluto manages to not look totally disturbing), and the whole thing just has an old-fashioned charm to it. Heck, the short is so old-fashioned that no one at the construction site seems to believe in any kind of workplace safety. Perhaps Walt wanted to set it in a magical land free from the Communist influences of labor unions and OSHA guidelines. 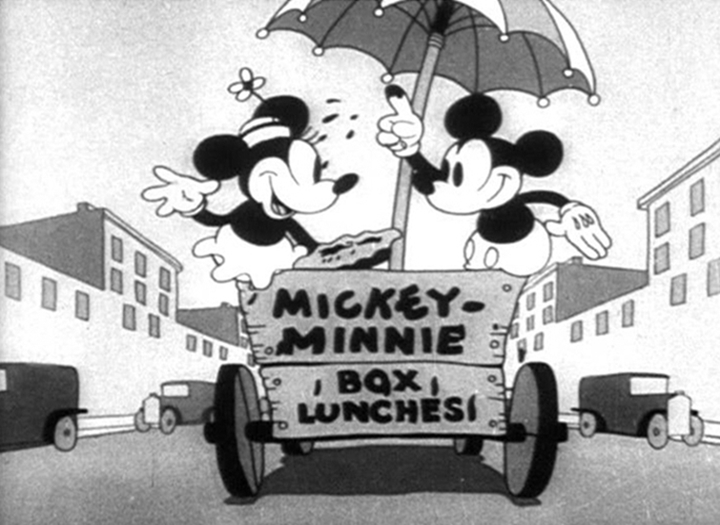 For reasons that I'm sure make sense to someone, Building a Building is not available on Disney +, so you'll have to rely on Google if you want to watch it. And trust me- if you're a fan of some good slapstick violence, you'll want to watch it. The short would lose the Oscar that year to The Three Little Pigs, another Disney production. I think both films are about on par with one another, but The Three Little Pigs was such a cultural juggernaut its victory isn't surprising. Both are worth checking out, and serve as a nice study in contrasts for the various types of films Disney was putting out at the time.