The Curious Case of Dr. Jekyll and Mr. Hyde has not been adapted into film too many times, but he’s had decent success at the Academy Awards. Fredric March won his first Oscar for playing the role, and the Spencer Tracy film managed to score some nominations a decade later. At the same time, films featuring the titular duo don’t have as much success- The Pagemaster didn’t get any awards traction, and don’t even get me started on the unforgivable lack of nominations for The League of Extraordinary Gentlemen. I guess what I’m saying is that it’s up in the air if the inevitable film adaptation of the hit (?) Broadway musical will be an awards contender, although hope certainly springs eternal. Still, the balance is weighted in the favor of yes when you consider today’s short, Dr. Jekyll and Mr. Mouse. And if you’re STILL not convinced that today’s short is sufficiently Halloween-themed, it’s certainly the scariest thing I can think of- our final Tom and Jerry short! 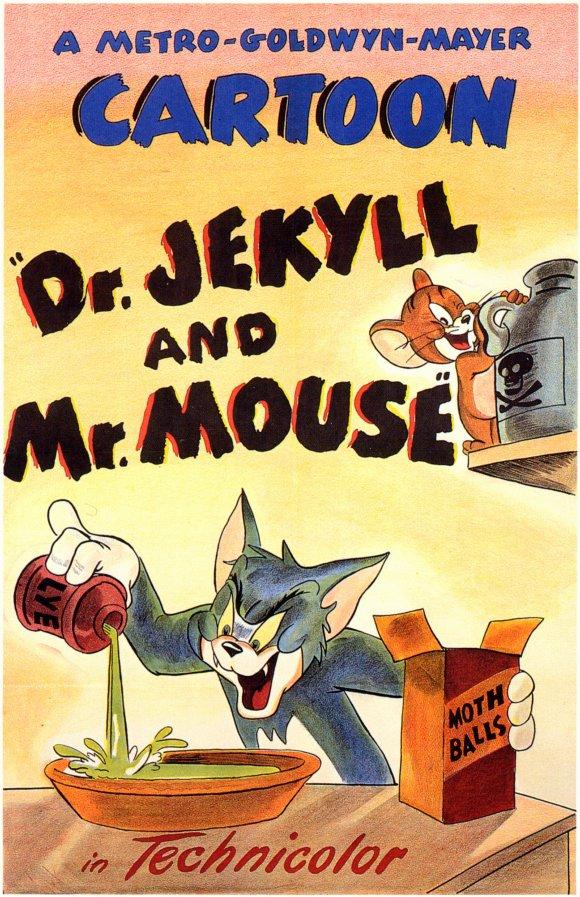 Despite what its title might suggest, Dr. Jekyll and Mr. Mouse isn't a short placing Tom and Jerry into the world of a work of classic literature, like The Two Mouseketeers. While by 1947 the duo had dabbled outside of their typical milieu (most notably in The Cat Concerto), they were still primarily a domestic act, sticking to the usual formula. This particular variation opens with a milk delivery, as Tom decides to steal a bottle for himself. And hey, the guy works hard, his owners don't really treat him that well and he's constantly being bested by a mouse. Can you blame him for indulging in a drink every now and again? I certainly can't. Unfortunately, Tom's attempts to unwind are undermined by Jerry, who decides to steal some of that milk for himself. The bastard. Seeking revenge, but knowing that the direct approach has never ended well for him (who says that characters in old cartoons didn't grow and learn?), Tom instead decides to poison Jerry with whatever toxins he can get his paws on. But as you can imagine from the title of the short, it doesn't quite work out, instead turning Jerry into the super strong Mr. Mouse. Seeing as how Mr. Hyde didn't gain super strength in the original book, I have to assume that this is an invention of the short. Which means that Alan Moore ripped off this short when he wrote League of Extraordinary Gentleman! You bastard! 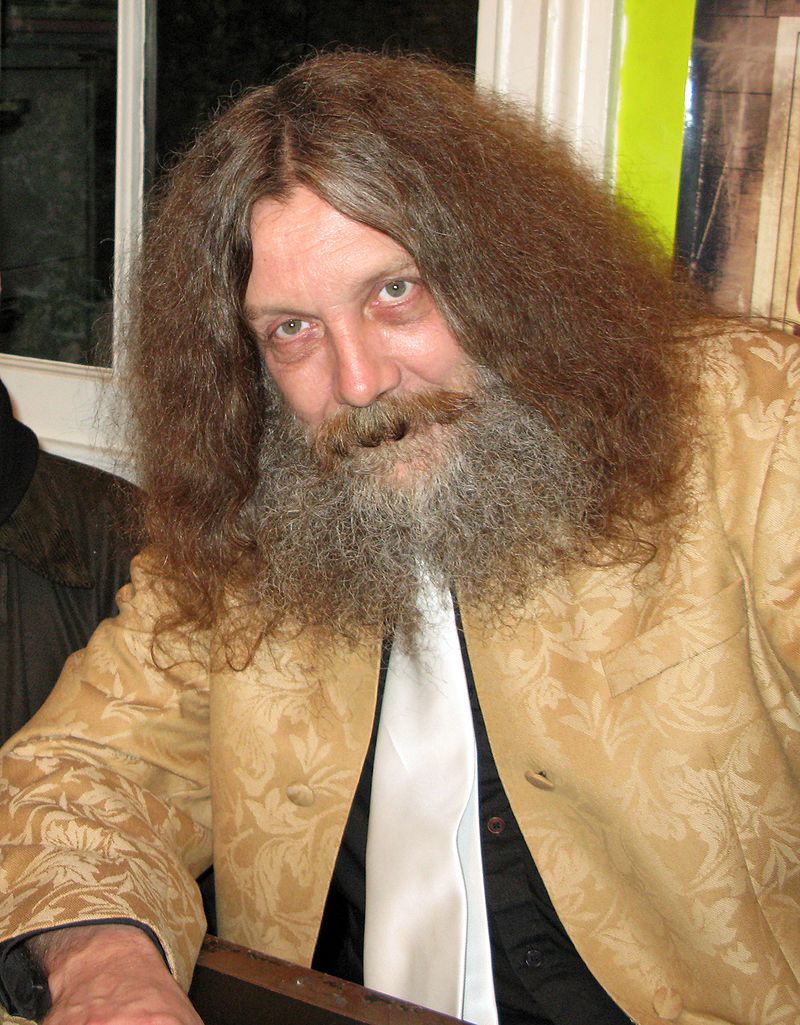 "What are you gonna do about it bitch? I'm a fucking wizard!"

Well, aside from revealing to us that Alan Moore's epic crossover between figures in classic literature may have been slightly derivative (I'll try to contain my surprise), Dr. Jekyll and Mr. Mouse doesn't stray too far from the typical Tom and Jerry formula. If you're coming to this short looking for loads of cartoon violence, you've certainly come to the right place. Admittedly, the levels of destruction never quite reach the dizzying highs we might want from our Tom and Jerry cartoons (with nary a stick of dynamite on display), but the short certainly compensates by being incredibly cartoony. Some of the gags here are downright nonsensical, which is always something I appreciate in a cartoon, and certainly helps give it an identity. Well, an identity aside from being "that one Tom and Jerry cartoon that's pretty good, but not great, you know?" 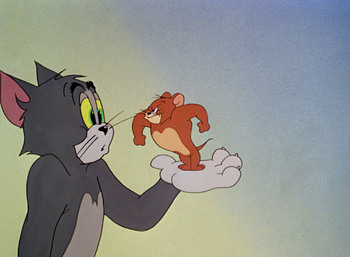 Yes, once again I fear our coverage of a beloved series of shorts ends with something of a dud, although not a particularly terrible one. (I'm sure there were plenty of downright bad Hanna and Barbera Tom and Jerry shorts, but none of them got nominated for an Oscar at any right.) Dr. Jekyll and Mr. Mouse is perfectly amusing, but it's seldom funny, and certainly not up there with some of the classics in the series. For starters, the conflict running throughout the short is way too one-sided. Sure, we know that Jerry is (probably) going to win in the end, and do so handily. But there's usually a little more back-and-forth involved, not just Jerry kicking Tom's ass for the entire short. If we don't think that Tom deserves what's coming to him at least a little, where's the fun? That's an especially big hurdle to overcome in this short, which sees Jerry go from easily beating Tom to... even more easily beating Tom. Compare this to Jerry's Cousin, which opened with Jerry on the backfoot and need in help from Muscles. Sure, that seemed a little out of character for him, but in hindsight that's a mild nitpick. These shorts don't really need consistent characterization, and it's much better to cheat a little at the beginning to give the short more room to grow than it is to make a one-note film. 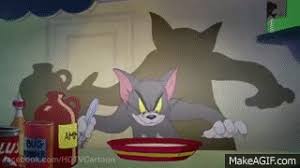 It certainly doesn't help that it takes way too long for Jerry to become the eponymous Mr. Mouse. That's the whole premise of the short but it doesn't even happen until the halfway point! Did we really need three minutes of Tom and Jerry fighting over milk to get the point? I don't think we did. And look, that section of the short is perfectly funny, but it's not particularly inspired. And none of the jokes in it would have been impossible to pull off with a strong Jerry. On top of all that, the short doesn't have a whole lot of fun with Jerry once he's transformed. With such a fantastical premise, you'd think Hanna and Barbera would get a bit more out there with their gags. But the whole thing is surprisingly tame. We've seen Tom go up against a strong mouse before (once again- see Jerry's Cousin), and the results are usually a lot wilder than this! 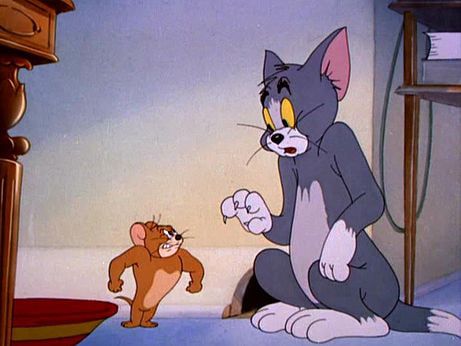 I also feel the need to bring up the animation, which is unfortunately a mixed bag for me. It's certainly leagues better than Hanna-Barbera's lackluster work on TV, but there's something a little off for me in this one. The backgrounds are often lacking in texture, and Tom looks off model in a way that's just subtle enough to be distracting. I can't really describe it- even after nearly an entire year of doing this I'm no expert- but it's just odd. (It is interesting how Tom's character design often varies between shorts, despite all of them having the same directors.) Still, the animation is successful in other areas. The physical comedy is silly and energetic as ever, and there are some moments where the color and lighting work together for some truly evocative images, most notably when Tom brews his poison. So it's definitely not a total loss (I'll gladly take this over any of the Gene Deitch or Chuck Jones shorts), just not a complete success either. 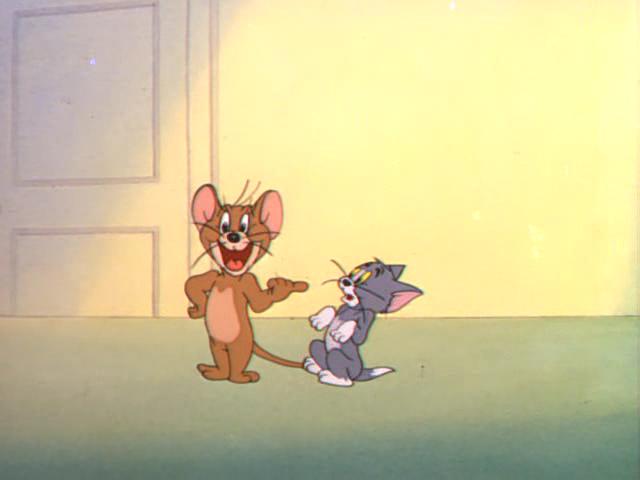 But like I always say, it's important to accentuate the positive. (I may not actually always say this, but I typically think about it at least.) And that's especially the case when we talk about Tom and Jerry! Dr. Jekyll and Mr. Mouse might not be a great short (in fact, it might be my least favorite of the thirteen Tom and Jerry shorts we've covered), but it's a pretty good one. It's too much to ask a long-running series to produce classics each time, and we shouldn't be too harsh on the more average entries. So I guess that makes Dr. Jekyll and Mr. Mouse the Captain Marvel of Tom and Jerry? That sounds about right. At any rate, it's a better short than fucking Tweetie Pie at least! That's right folks, the last Tom and Jerry short we talk about here lost to fucking Tweety Bird! God damn it! That yellow bastard will never leave me alone!