My incredibly negative feelings towards Tweety Bird are pretty well-documented by now. Some might say that they are “ridiculous” and “completely unwarranted” and that I should “seek professional help.” And perhaps those people may have a point! But still I defy you to watch Tweetie Pie, the first pairing of Sylvester and Tweety, and tell me that that yellow bastard has been anything but the worst.

By a combination of sheer coincidence and lazy planning, this is the second day in a row we're watching a Friz Freleng short. And while Greetings Bait was pretty atypical for a Merrie Melodies short, Tweetie Pie (which comes to us from the far flung year of 1947) is pretty standard stuff for a Tweety short, or any "hungry animal wants to eat an animal short." Sylvester stumbles across a cute little bird out in the cold and tries to eat it. His owner, however, takes sympathy on Tweety and brings him inside. Hijinks, as they so often do in shorts like these, ensue. If you've seen a Sylvester and Tweety short, you should have a good idea on what you're in for. 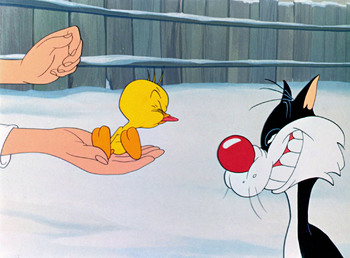 And yet, as is fitting for an early short in a series, there's something slightly different about it. For one thing, Sylvester is called "Thomas" here; presumably they changed his name later to try and obscure the fact that they're blatantly ripping off Tom and Jerry. This is especially egregious as Tweetie Pie actually managed to BEAT Tom and Jerry at the Oscars that year. Admittedly, Dr. Jekyll and Mr. Mouse was not one of their better shorts, but still. And speaking of Tom and Jerry, Tweety has far more in common with that mouse here than he does with his later incarnations. Far from being the wide-eyed naif he'd come to be, Tweety in this short is far more proactive and sadistic, going out of his way to hurt his feline foe. And look, I'm not going to lie, that almost makes up for how annoying his voice is. Maybe if more of his shorts were like this, I would have learned to like him. Or at least not hate him so god damn much. 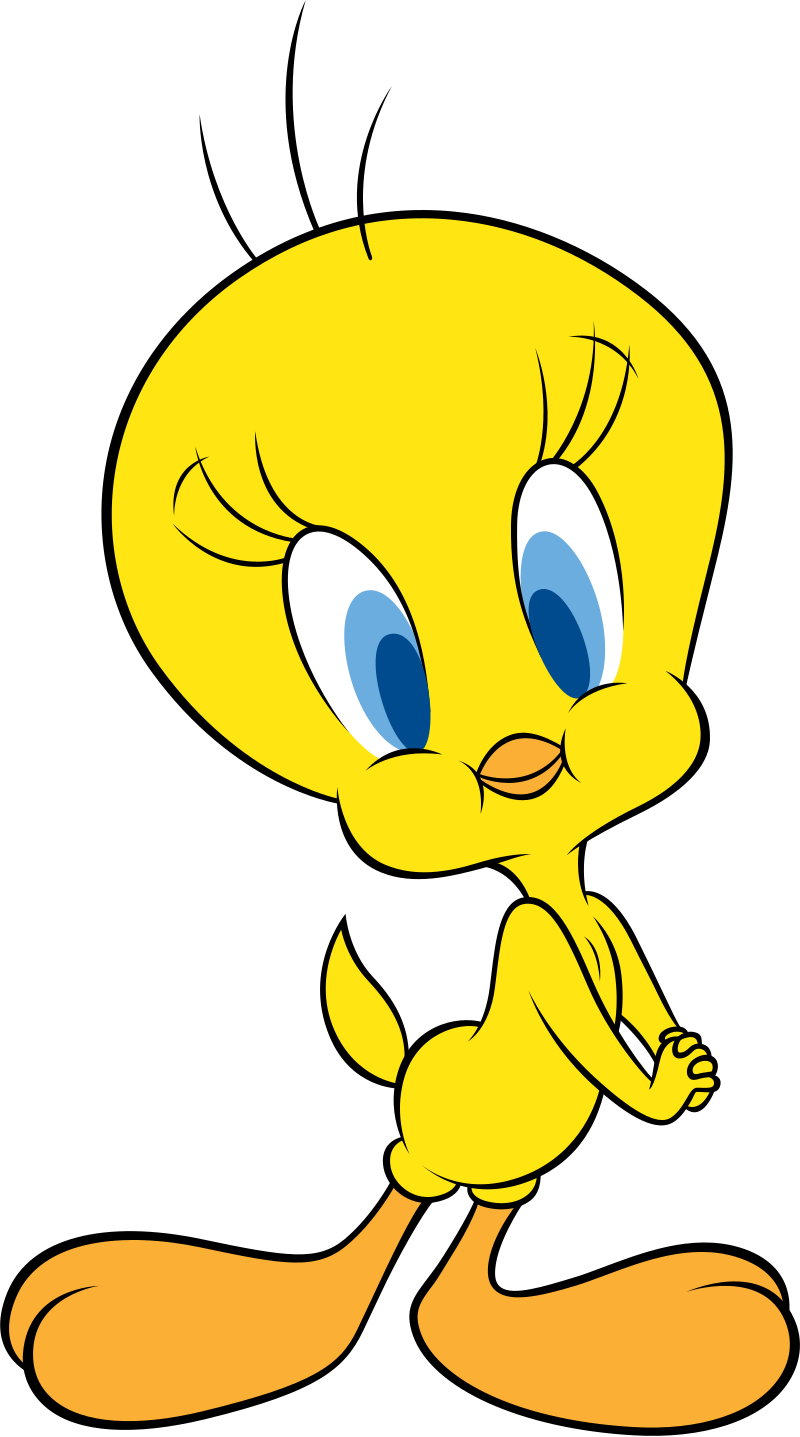 Look at this prick.

Then again, while Tweety may be slightly more tolerable here, "Thomas" is a far cry from the Sylvester we know and love. As much as I hate me some Tweety shorts, whatever joy I get from them comes from Sylvester, who is always good for a laugh. But Thomas has no personality; much like the character he's blatantly cribbed from, Thomas doesn't really talk much. But while Tom and Jerry are full of personality despite their lack of dialogue, Thomas is mostly just a blank slate. Most of the Warner Bros. characters need their voice to make them come to life, and a Tweety short without Sylvester's voice is just a waste of time. I should also point out that this short doesn't have Granny, but some unnamed younger owner who beats Thomas with a broom on occasion. I don't particularly care for Granny, so I'm mostly ambivalent about this.

Despite my eternal (and well-deserved) hatred for Tweety Bird, I must admit that his shorts are not entirely without merit, and Tweetie Pie is no exception. While they are blatant attempts to cash in on Tom and Jerry's success, there's nothing wrong with a little "borrowing", is there? They're well-animated, the music's nice, and there's always some decent gags. If Tweety Bird were a better character, they'd be damn good shorts. But alas, he is not, and there's not much we can do about it. Not much, that is, besides complain incessantly. THIS SHORT WON AN OSCAR?! IT BEAT TOM AND JERRY?! WHAT THE HELL? BURN IT ALL TO THE MOTHERFUCKING GROUND!!!