Another day, another endpoint in our Year in Shorts. But thankfully, this is one particular brand of short I’m more than happy to bid a fond farewell to. Yes, with only a little over a month and a half left in our Year in Shorts, the time has come to take a look at our last World War II propaganda short. And while My Boy Johnny may not be as annoying, racist or just downright inexplicable as some of the other films we’ve covered, that doesn’t necessarily make it any good! 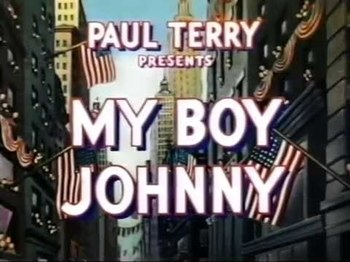 Directed by Eddie Donnelly, My Boy Johnny is a 1944 entry in the Terrytoons series (remember Terrytoons? I barely do and I run the damn blog!), and something of an atypical piece of propaganda. Whereas most shorts we've covered have been about drumming up support for the war effort or making fun of the Axis powers, My Boy Johnny focuses instead on life after the war. Specifically, the celebration there'll be for the returning soldiers once the war is won. The short contains fanciful visions of the future, more funny animals than you can shake a stick at and just so much patriotism, all set to an unfortunately catchy rendition of "When Johnny Comes Marching Home." It's certainly a very busy short, and a rather unpredictable one, taking the form of a series of vignettes inspired by various (original) verses in the song. In one scene you can have a rooster being chased by horny hens, and in the next watch a duck contend with a futuristic smart house, followed closely by a highway-building robot. You certainly can't accuse of My Boy Johnny of being an unoriginal short. But can you call it a good one? Well, no.

That same anything goes mentality which sets the short apart from other propaganda films also gives it a messy, unfocused feeling, with no real unifying theme to tie anything together. Why, for instance, does the short switch between funny animal soldiers and human soldiers with no real rhyme or reason? Is it just so they could have a mouse parachute with a bra? Because I gotta tell ya- that joke wasn't worth it. It's as if the animators had a bunch of ideas for a propaganda short about post-war life and, unable to settle on one, decided to just throw them all together. This inconsistency spreads to the art styles as well. While a great deal of the short is fairly cartoony, there are moments sprinkled throughout which try to adopt a more realistic, painter-like look. This is certainly not unheard of in the field of animation, and when done well the effect is quite nice. But when done poorly it just comes across as random, as is the case here. It feels like more than anything the filmmakers just wanted an excuse to shove in some sexy pinup paintings they had lying around and built the last sequence to justify it. (This is a strangely horny short.) Now, if any of these vignettes were amusing in their own right, it wouldn't be a problem. In fact, it might have been to the short's strength- rather than trying to stretch these premises past their breaking point, the film just does what it can with them before quickly moving on. But unfortunately that's not the case, and I can't help but wonder if they just put all these ideas into one because none of them were strong enough to stand on their own. 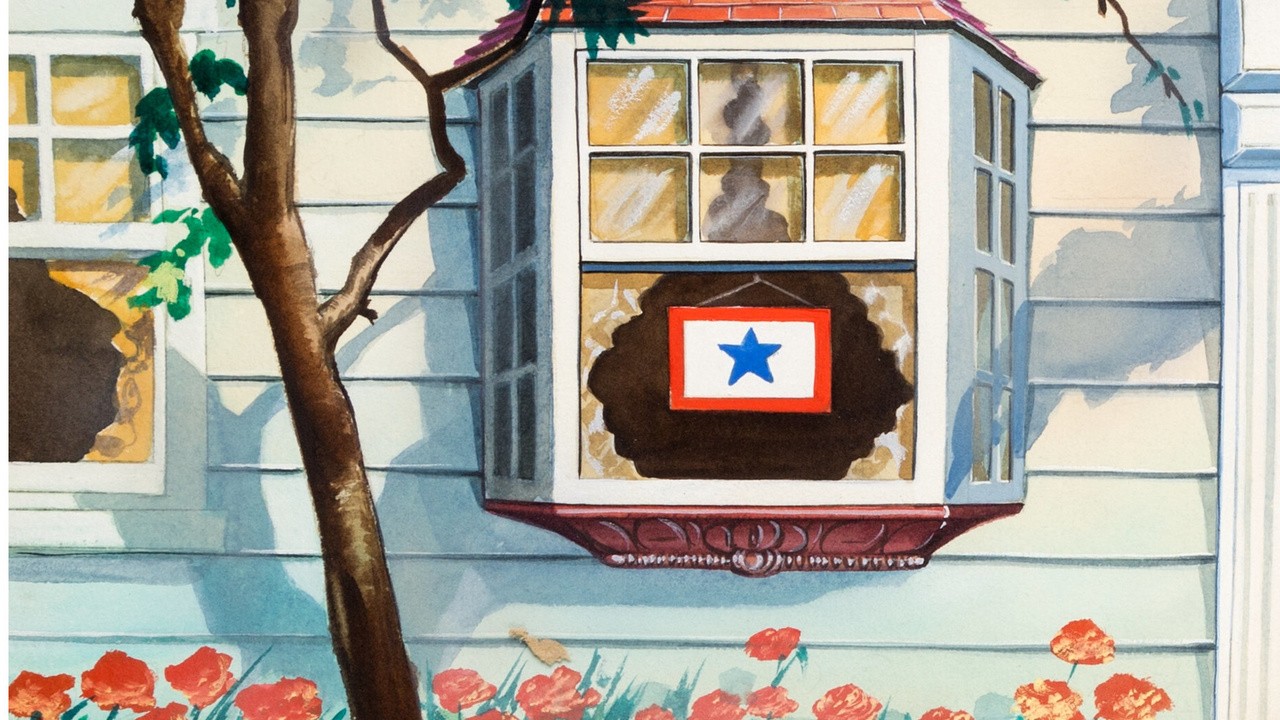 And yet, in spite of all that, I can't say I hate this short. Maybe it's because of the sheer amount of imagination on display, even if the execution leaves a lot to be desired. There are a lot of cool images on display during the future sequences, and while the animation might not be of the highest quality, it's not awful either. Or perhaps a year's worth of hateful propaganda shorts has inclined me to go a little easier on shorts which are predominantly optimistic and joyful, if still a little sexist. But I think the real reason is that I'm still remembering the depths of mediocrity achieved by Dog, Cat and Canary, which was released the same year as My Boy Johnny. When contrasted with that short, the virtues of My Boy Johnny- humble as they may be- stand out all the clearer. It is, at the very least, a short with an identity, one which isn't trying to copy someone else. There is a clear amount of effort put into the film, and a great deal of creativity. And it has a clear purpose beyond "cash in on something more popular than us." That might not be a lot to recommend a film, but its something. And as a way to close the book on World War II propaganda for our Year in Shorts, it's certainly better than most.