As we enter the home stretch of our Year in Shorts, we’re going to find ourselves closing out some chapters. Eventually we’ll discuss our final Sylvester and Tweety film, our last Pixar short, and bid a fond farewell to Tom and Jerry. (That last one might get a little emotional.) And while it’s possible that we’ll return to some wells in the inevitable ANOTHER Year in Shorts, some are far more likely to be revisited than others. Sure, there’ll be more Pixar shorts to discuss (like Burrow, for instance), but what are the odds of Speedy Gonzales ever getting an Oscar nod again? Not very likely. So let’s say adios to the fastest mouse in all Mexico with the 1957 short Tabasco Road. 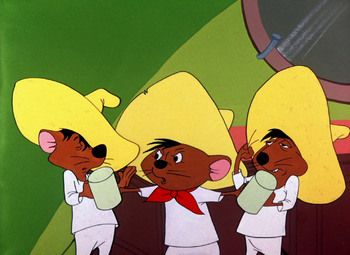 In the pantheon of Looney Tunes directors, the name of Bob McKimson is a fairly obscure one. Despite creating iconic characters like the Tasmanian Devil and Foghorn Leghorn (who features in another Bob McKimson short we'll be covering in a few days), he just doesn't have the legacy of names such as Chuck Jones or Tex Avery. Still, at least we can look at his Oscar-nominated shorts and try to give him some of the recognition he deserves. It's just unfortunate that those shorts weren't particularly good. Take Tabasco Road, for instance. Now on paper it seems like a perfectly fine Speedy short. Speedy is out late one night at a cantina, attending a party thrown in his honor. A good time is had by all, but Speedy grows concerned for his friends Paolo and Fernando, who have gotten excessively drunk. (Remember when characters in cartoons got drunk? Good times.) Speedy's fears prove well-founded, for as soon as he lets the two out of his sight, Pablo and Fernando are being stalked by a cat. And while you'd think the cats of Mexico would know better than to try and eat any mice while Speedy's around, apparently this particular pussycat hasn't learned his lesson. And so it goes that Speedy tries to save his friends, using his wit and speed to outsmart the cat. Like I said, perfectly fine premise. A little basic, but direct and to the point. 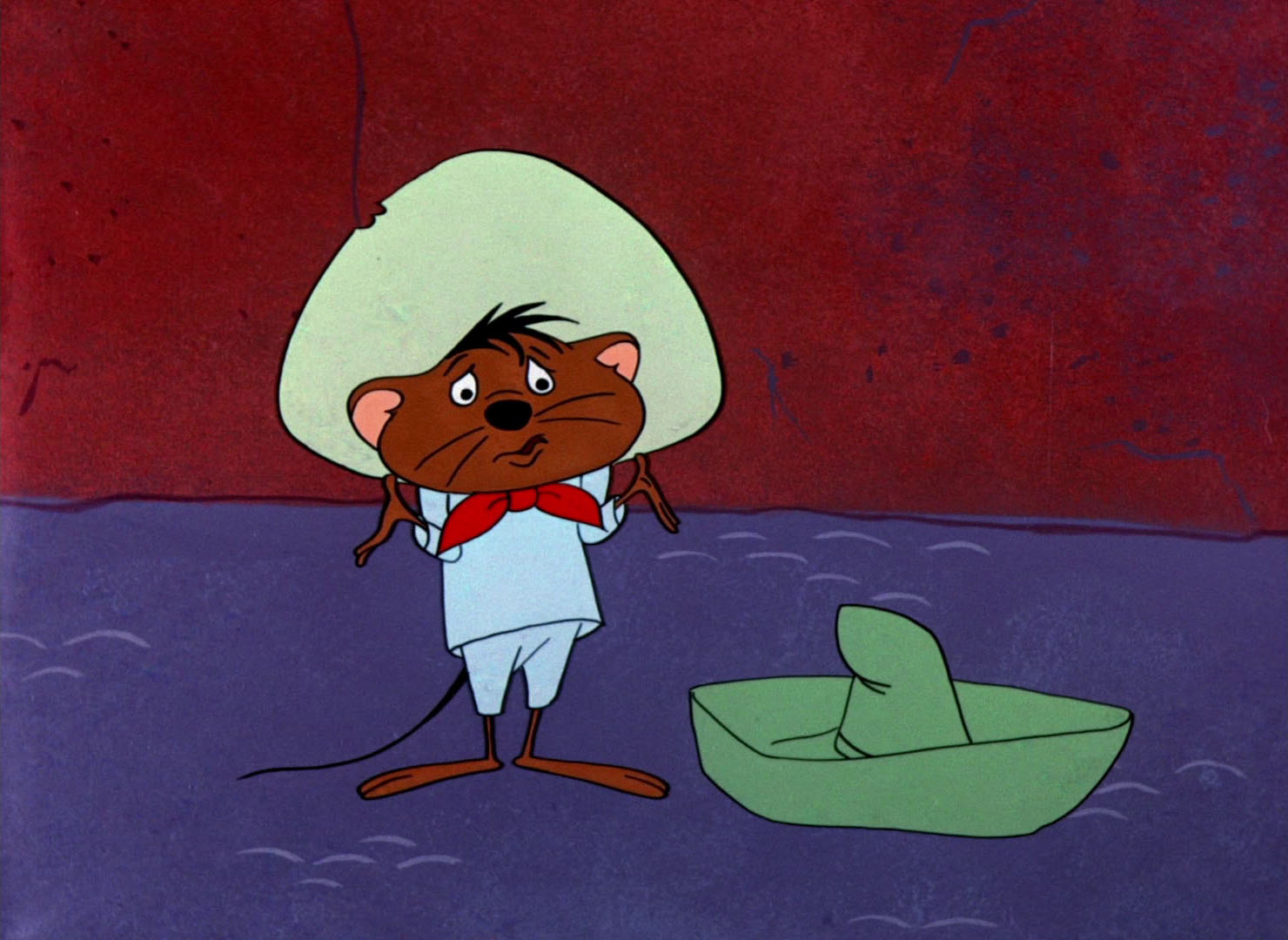 But as is always the case with films that follow a formula, what really matters is the new things the director brings to the table. Do they have a unique angle to approach the story with? Are they experimenting with the medium in bold and exciting ways? Or do they cram the short so full of hilarious gags that you don't care that this short isn't that different from what came before? All of these are valid approaches, and have resulted in a large number of great shorts from Warner Bros., Disney or MGM over the years. But unfortunately none of that can be said for Tabasco Road. While I guess the addition of Speedy's friends being drunk sets it slightly apart from other Speedy shorts, it doesn't really make it any different from any other short in which Speedy helps mice escape from cats. If anything, I feel like it diminishes the character. Speedy is at his best when he's heroically helping out large groups of people. Watching him get a couple of his dumb friends out of a jam really isn't that interesting. 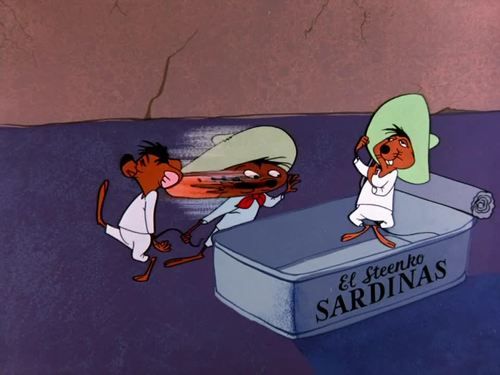 Well what about the animation? Is that at least noteworthy? Not particularly, no. It's certainly not terrible- although there is a weird continuity error in which Pablo and Fernando's sombreros randomly turn green, so it's not like there aren't issues- but that's not saying much. The character animation is fine, but there are definitely moments in which Speedy looks a little off to me. Admittedly, that might just be a stylistic difference more than anything. Overall it's serviceable, but nothing special. Which is frustrating because we know that Warner Bros. was churning out much more innovative shorts at the time! I know you've probably long grown tired of hearing me complain about the fact that the Academy snubbed Chuck Jones' best work from the 50s- hell, even I'm getting a little sick of beating that particular dead horse- but I think it bears repeating here. What's Opera, Doc? was not only released the same year as Tabasco Road, it was released two weeks earlier. Did Academy voters just love Speedy Gonzales so much that he erased that short completely from their minds? One of the most beautiful and creative animated shorts ever created, and they passed it over in favor of a subpar Speedy short, an above average Sylvester and Tweety short, and a short starring fucking Droopy? And don't even get me started on the fact that Trees and Jamaica Daddy somehow made the cut. That film will have its day, believe you me. 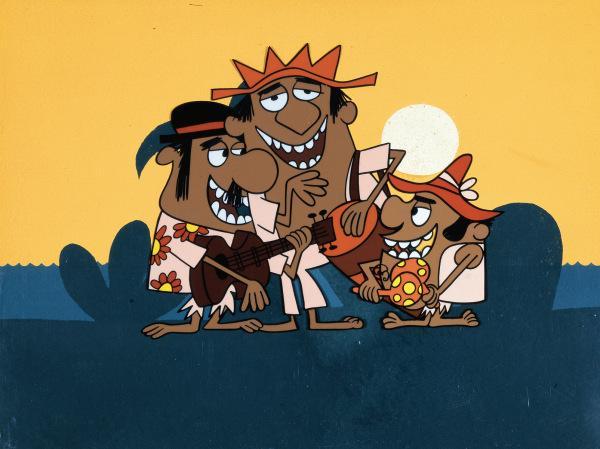 I can not stress to you enough the fact that this film both exists and was nominated for an Oscar.
(via Film Affinity)

So if the story is tired, and the animation is average at best, all we're left with is the jokes. And really, at the end of the day, that's the most important thing, right? Well, on the joke front I have good news and bad news. The good news is that the gags are the strongest element of the short. The bad news is, that's not saying much. There are a couple of decent jokes here and there- including one clever bit where Speedy apologizes for going too fast for the audience to see, so slows down the footage to show what happened- but most of it is pretty run-of-the-mill cartoon violence. There are also a handful of references to other Looney Tunes like Tweety Bird and Porky Pig, which I guess are supposed to be clever, but really just come across as a little hackneyed. If anything, they just make me wish Sylvester were in this short. He'd certainly liven up the proceedings a bit. 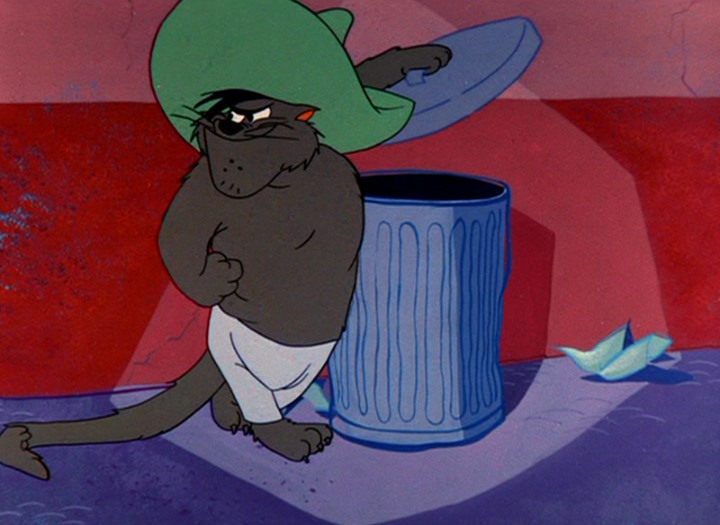 Suffice it to say, Tabasco Road is not exactly a great note for our Speedy coverage to go out on. And that's a damn shame. I'll admit that prior to starting our Year in Shorts, I was not really a fan of Speedy Gonzales. But upon revisiting his films, I find there's a lot to admire about the character, even if the films he starred in never really fully realized his potential. While aspects of his character may be dated, and there are certainly problematic aspects in all his films, there is nevertheless something to be said about a Mexican character who used his superior intellect and skill to protect people from bullies. That was especially rare in the 1950s, and it's still something we could stand to see more of in pop culture today. I'm glad that Warner Bros. hasn't pushed Speedy to the side like they have with Pepe Le Pew (a character who more than deserves to fade into obscurity). Although I wish they'd put more Speedy films on HBO Max. Come on, Warner, don't you know that Speedy Gonzales shorts only offend white people?!