No one loves stories about storytelling more than storytellers. Why do you think so many films about filmmaking do so well at the Oscars? Writers just love to congratulate themselves, and aren’t I so clever for noticing it? But while it can be amusing to poke fun at this phenomenon, at the end of the day it’s just a storytelling device, and like all devices it can be done poorly or done well. Sure, I was rolling my eyes when Ad Astra turned out to be yet another movie about a white guy needing to resolve his daddy issues to save the world, but you didn’t see me making complaints when the same thing happened in Avengers: Endgame. As in all things, it all comes down to execution. And The Fantastic Flying Books of Mr. Morris Lessmore is a very well-executed story about stories. 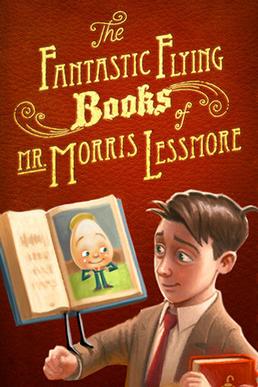 The Fantastic Flying Books of Mr. Morris Lessmore is a 2011 short from the New Orelans-based Moonbot Studios, directed by illustrators William Joyce and Brandon Oldenburg. It follows the peculiar life of the titular Morris Lessmore, a writer living in New Orleans when a devastating storm sweeps through the city. (There's a metaphor in there somewhere if you know where to look for it.) The storm having blown away not only all the color in the city but all of the words in Morris's writings, all hope seems lost. But salvation arrives in the form of a flying book of nursery rhymes who leads Morris to a magical library. (You gotta love the power of animation, don't ya?) With nothing better to do, Morris becomes the new librarian, slowly bringing back life and joy to the people of New Orleans. If you, like me, are a sucker for movies about how people making small efforts brings about large changes to their community, then you're going to love this. Alternatively if you, also like me, have a job which involves working with books and consistently feel underappreciated by the world at large, you also will probably love this short! The point is there are a lot of reasons you'll love this short, and very few I can think of for why you would hate it, so you might as well give it a shot!

It's really not hard to see why the Academy went for this film. Aside from being a story about stories, The Fantastic Flying Books of Mr. Morris Lessmore has more movie references than you can shake a stick at, from the Wizard of Oz-style storm sequence to the fact that Morris is a dead ringer for Buster Keaton. Not to mention that the entire story is told without dialogue, and silent films were apparently very big with the Academy that year. But even more than that is the simple fact that this short is just really damn good. Particularly noteworthy is the animation, which applies the warmth of hand drawn animation to the depth and energy of computer animation perfectly. You all know by now that I love me a story told entirely without dialogue, and The Fantastic Flying Books of Mr. Morris Lessmore ups the ante by populating the film with characters without faces too! But Joyce and Oldenburg get around this wonderfully with all the clever designs and visual puns associated with the books; it's amazing how much they can say with just a slight movement or a subtle variation in pictures. And, as befitting a short which evokes the image of Buster Keaton, the whole thing is filled with some great bits of physical comedy. As I've always said, animation truly is the purest form of cinema, and The Fantastic Flying Books of Mr. Morris Lessmore demonstrates that fact perfectly. Without a particularly high budget or the resources of a major studio, the team at Moonbot managed to craft a short that's filled with wonder, wit and imagination. And the fact that they were able to do so much in just fifteen minutes really only makes it all that much more impressive! 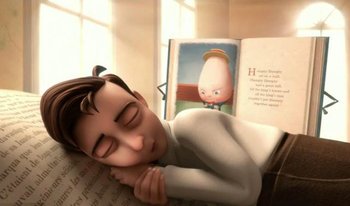 Is it a perfect film? No, but then again, what is? From my own perspective, there are some elements which leave me feeling vaguely dissatisfied. I wish a little more time had been spent showing the positive effects of Mr. Lessmore's actions on the world outside the library, which I feel could have given the ending a bit more of an impact. Of course that's a pretty minor complaint, but I'd be lying if I said it wasn't an issue which kept this short from reaching the top tier for me. But I'm sure I'm in the minority on this one. Years ago I asked some of my friends what there favorite animated short of all time was, and The Fantastic Flying Books of Mr. Morris Lessmore was a decently popular answer. And while it may not be one of my personal favorites, it's certainly not hard to see why. And of course, Wild Life will always be the winner in my heart. But as a tribute to not only the power of storytelling and the resilience of New Orleans, it's hard to begrudge it the win.