It’s not a competition, but it’s hard to imagine a group of people more consistently fucked over in terms of media representation than the Romani. Between reality TV shows that play off the worst stereotypes to movies like Thinner which portray them as magical criminals, there really haven’t been a lot of positive depictions out there. Really the best the Romani can typically hope for is an adaptation of The Hunchback of Notre Dame, which will still generally portray them as thieves (and almost certainly won’t cast any actual Romani people in the roles). So, as you can well imagine, the first time I watched today’s short, reading that title, seeing that it was released in 1945, I braced myself for an incredibly racist cartoon. But sometimes films can surprise you, and this was one of those times! 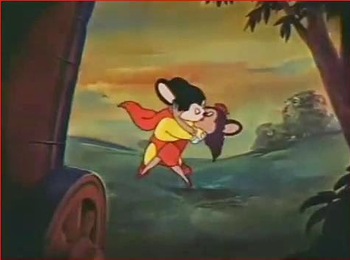 While we've looked at a lot of classic cartoon characters in our Year in Shorts, we've yet to cover anything starring Mighty Mouse. There is a perfectly valid reason for that, of course- this short (released in 1945 and directed by Connie Rasinski) is the only one of his films to receive an Oscar nomination. It is also the only Mighty Mouse film I've seen, so I can't really tell you how it compares to the rest of the series. I can say that it's a great deal better than the last Terrytoon we've covered (Terrytoons being the general blanket term for cartoons produced by Paul Terry). Regardless, here is the premise- a caravan of Romani mice are traveling through the countryside when they are attacked by a band of weird bat/cat hybrids. All seems lost until Mighty Mouse comes to save the day. It's your typical superhero/cartoon animal story, but with one major difference- the cartoon is a musical! (Well, actually, it's more like an operetta I suppose; the singing is very dramatic.) While Mighty Mouse originally started out as a basic Superman parody (he was even originally called Super Mouse), 1945 saw a shift in the series. The shorts took on a more musical flair, with a lot of sung dialogue, and the plots began to spoof the melodramas of early cinema more than anything else. It's a strange combination to be sure, but I think it mostly works, at least in this cartoon. The singing across the board is very good, and the music feels properly grandiose. Some of the recitative portions might be a tad obnoxious, but we've certainly seen worse.

Speaking of having seen worse, I have to say that the animation here is pretty good. This short was a release from 20th Century a Fox, a studio which (as far as I can tell) was not exactly famed for its animated shorts. Nevertheless, the short looks surprisingly good for a release outside the more major studios like Disney, Warner Bros., MGM or Fleischer. The character animation may be a little simplistic, but it's got a lot of energy to it, especially in the action sequences. It's not great, but it gets the job done without looking cheap. And the backgrounds are especially impressive, filled with vibrant colors and moody atmosphere. I'm an especially big fan of the cat/bats' lair, which honestly looks as good as any layout you'd find in one of Disney's features from the time. Like I said, I've never watched any other Mighty Mouse cartoons, but if they look as good as this, I'd certainly be willing to give it a try. 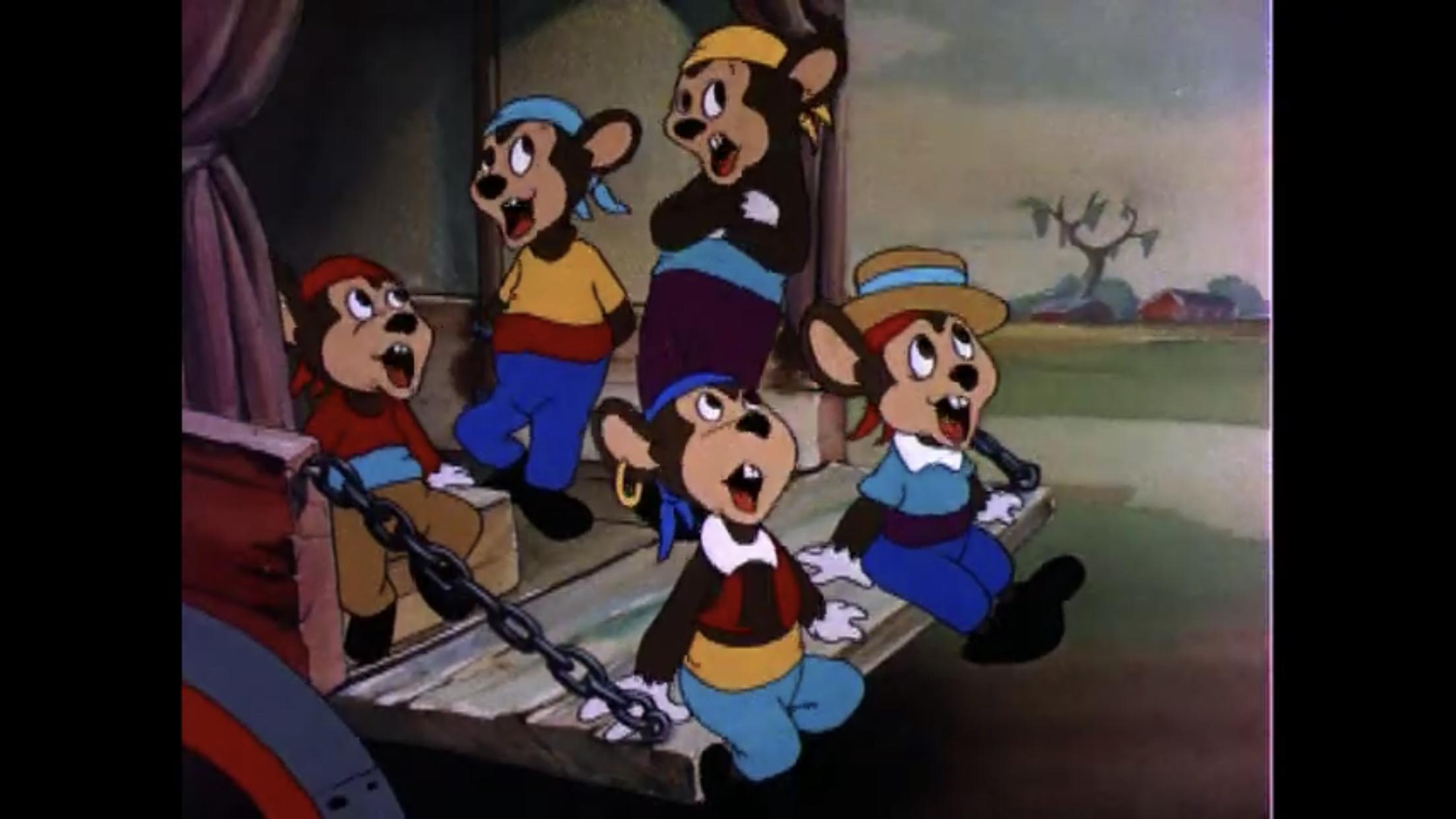 As for the racial stuff... well, I won't deny that it's not great, and if someone finds this short offensive, I can't say I blame them. The short does lean into a few stereotypes, and it falls into that same old trap of sexualizing a woman of color to make her appear more "exotic." And of course there's no getting around the fact that the film makes liberal used of the dreaded "G word", all the way up to including it in the title. But all that being said, I have to admit that the film is considerably less offensive than I expected. The short never portrays the Romani as thieves or criminals, just a group of people with their own lifestyle. And considering the persecution the Romani had been suffering during the Holocaust at the time, it isn't hard to read the short as an allegory for their oppression under the Third Reich. (I know this seems like a heavy comparison to make involving a Mighty Mouse cartoon, but keep in mind that there was also, bizarrely, a Mighty Mouse parody of Uncle Tom's Cabin which featured Mighty Mouse helping Elisa escape from slavery. Unsurprisingly, that short IS pretty racist.) I know that I've often said "not being fucking racist" is the least a short can do, and isn't something we should give undue credit to. And I still agree with that. I'm just saying that this short did a lot better than most in that department.

Is that enough to make it one worth watching? Well, your mileage may vary. It's not a great short, but it's nevertheless an interesting one. Say what you will about it, it's clearly not trying to just coast off the popularity of something else. Oh sure, I guess you could argue that Mighty Mouse was made to cash in on the Superman craze. But did Superman ever sing opera music or fight cat/bats? I don't think so. So while I don't love this short, I'm glad I watched it. And maybe you will be too.