While you are no doubt familiar with the song “Boogie Woogie Bugle Boy”, you might not be aware that it’s actually an Oscar nominee. Hell, I run an Oscar blog and I just found that out myself. Originally written for the 1941 Abbott and Costello film Buck Privates (which I haven’t seen, but I trust is at least a little funny), “Boogie Woogie Bugle Boy” proved to be a big hit and a timeless classic. It was such a big hit, in fact, that it inspired an animated short released that exact same year, Boogie Woogie Bugle Boy of Company ‘B’, which was ALSO an Oscar nominee. Granted, this becomes a lot less impressive when you watch the short itself, which is just awful. 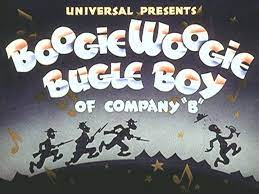 Regular readers of this blog should be familiar with the name Walter Lantz by now, even though I haven't been doing my due diligence in mentioning him every time we've covered one of his films. Lantz is best known as the creator of Woody Woodpecker, although a lot of his Oscar-nominated work has been as a producer instead of a director. Today's short is a rare exception. It is also an exceedingly obscure short. It has neither a Wikipedia page NOR a TV Tropes entry, which is both pretty rare and incredibly annoying for me. Where am I supposed to get all my research now? It's actually very difficult to find a any information on this short period, or even a full version. Initially I thought this video on Dailymotion was the complete film, but from what little I could find on the film (mostly bizarrely positive reviews from other blogs), it's apparently only half the film. So I guess you'll just have to take this review with a grain of salt because I suppose I technically haven't seen the full picture. Maybe in the second half it somehow magically becomes not fucking awful. Somehow I doubt it. Of course, once you see any part of this short, you realize why it's so hard to find- it is shockingly racist. For starters, the way all the Black characters are drawn check off pretty much every hateful stereotype you can imagine. Some people might be inclined to give Lantz some slack and say that this short is just a product of its time. I've even read one person say that, after receiving complaints from the NAACP, Lantz promised not to depict Black characters in such stereotypical ways afterwards. And sure, that story, if it's true, sure paints Lantz as a guy who was willing to acknowledge his mistakes, at the very least. But any growth that may or may not have occurred on Lantz's part doesn't magically make this film better. 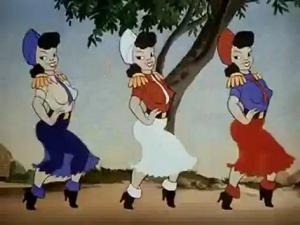 Couldn't you at LEAST be prejudiced against WHITE people too?

Nor does it excuse the reliance on stereotypes beyond the physical, painting Black men as lazy, sex-obsessed and addicted to gambling. I believe that last stereotype is less common these days, but it was pretty prevalent in the 40s, and it showed up in a lot of cartoons. This was the source of the Cuphead controversy, if you remember. If you don't remember it, don't worry- I'm sure it'll come back when the animated show is released. All I'm saying is that it takes a remarkably racist film to contain two jokes about Black men throwing dice in less than a minute. That's gold medal level racism.

I couldn't find a picture of the scene in question, so here's a baby hedgehog to try and wash out some of the racism.

Even from a propaganda perspective, this short fails. Because let's be clear- this short (along with the song which inspired it, and the movie said song first appeared in) is propaganda, trying to encourage a positive attitude about being drafted. Being released in 1941, all of this technically precludes Boogie Woogie Bugle Boy of Company 'B' from being considered World War II propaganda; instead it's a reaction to the Selective Training and Service Act of 1940. Why exactly said law was signed in the first place, I don't really know. I guess FDR thought the US entering the war was inevitable and he wanted to be prepared? Don't ask me, this isn't a history blog. Still, the point is, I'm not exactly sure who this short is supposed to appeal to. One would assume that a short focusing on Black soldiers would be meant to encourage Black men to embrace being drafted, but the pretty horrific stereotypes on display kind of undo that. So who is this supposed to appeal to? Racist soldiers? Who will no doubt take it as confirmation that Black soldiers don't belong in the army? If you can't even make good propaganda, what are you doing? 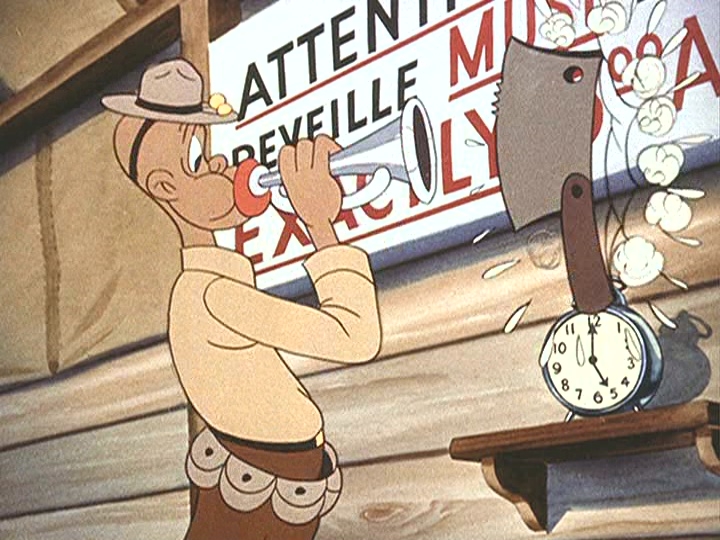 Does Boogie Woogie Bugle Boy of Company 'B' have any redeeming qualities? Well, the song is nice, although the movie has very little to do with that. The animation is pretty decent, especially the backgrounds, even if it is put to horrible use. And apparently there's a scene later involving a soldier getting eaten by an alligator. And look, is that something I want to see? Yes. But does any of that make up for how unbelievably hateful this film is? Absolutely not. In the past, I've tried my best not to let the prejudices displayed in a short too strongly influence my opinion of it. Some might argue that I've been too lenient in that department. But I think it's important to look at a film in its entirety, not just to focus exclusively on one problematic element. These things need to be addressed, yes. But to ignore all the good (or at least halfway decent) craft a film may have in favor of only point out the bad is hardly good criticism. And while I certainly may not be the best film critic, I do at least try to bring nuance to everything I write. Besides, there are plenty of films I love which could reasonably called racist, sexist or homophobic. It is possible for a film to be problematic and still be good, or even great. And it's important to remember that. 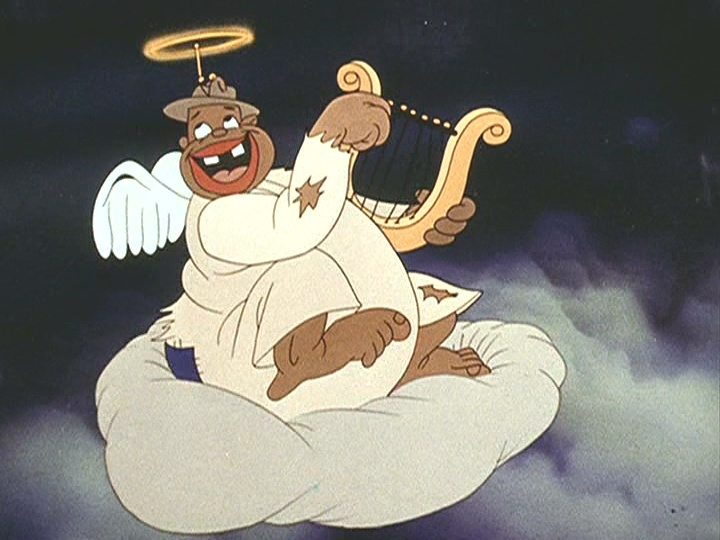 I assume this is the aftermath of the alligator scene, so strike that on me wanting to see it.

But when those offensive aspects are essentially the entire short, when they comprise the heart of the film, what room is there for nuance? What's the point in trying to find something that just isn't there? Why give something the benefit of the doubt when it's clearly done nothing to deserve it? We've covered a lot of racist films in our Year in Shorts, but this one takes the cake. For once, I'm glad a short we're covering is so obscure. The 14th Academy Awards honored iconic films like Citizen Kane, How Green Was My Valley, The Maltese Falcon, Dumbo and Fantasia. Boogie Woogie Bugle of Company 'B' has been relegated to a footnote, if even that. And that's exactly what it deserves.