In recent years, Pixar has been making a slow but concerted effort to bring in more diverse voices behind the scenes. While it is undeniable that Pixar has achieved a level of critical and commercial success that would be the envy of most studios, it’s not wrong to point out that the vast majority of their work has been the brainchild of a bunch of straight white guys. Still, Pixar is trying to move in the right direction with both their features and their shorts. And it arguably all began in 2015 with Sanjay Patel’s Sanjay’s Super Team. 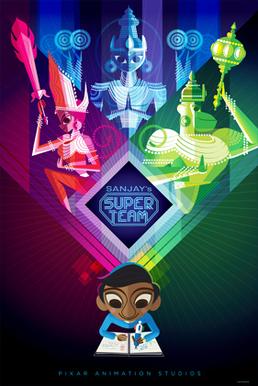 Released in theaters alongside The Good Dinosaur, a film I'm sure most of you forgot existed until right now, Sanjay's Super Team is based on Patel's own experiences growing up as a first generation American. It tells the story of a young boy and his father struggling to connect, with the father wanting his son to be interested in their tradition while Sanjay only cares about superheroes. So not at all relatable to contemporary Americans. 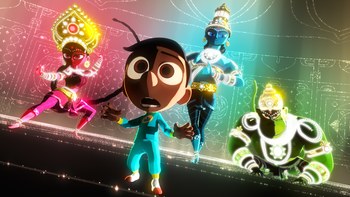 Speaking as someone who has always had a complex and often contradictory relationship with their own cultural identity, I've always found movies like this very interesting and moving. And while I think Sanjay's Super Team is not an exceptional short, there's still a lot to like about it. The animation is gorgeous, especially its use of colors, which might be some of the most visually striking work Pixar has ever done. And it all comes together in a nicely understated and heartwarming conclusion. You might not cry while watching it, but I defy you not to at least be a little bit moved. 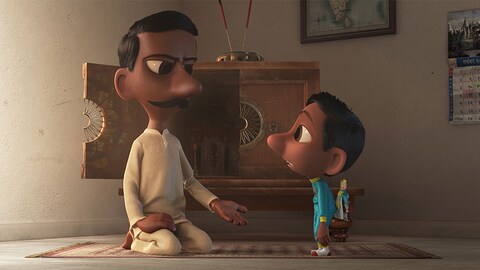 When I saw Sanjay's Super Team in theaters, I wasn't too impressed. I thought it was fine but forgettable. But watching it again made me appreciate it more, and I advise anyone who was in the same boat to do the same. If I had any real complaint about it, it would be that the film could honestly be better served by being longer. Maybe even a feature. It certainly would have been a bit more memorable than The Good Dinosaur.

"Sanjay's Super Team" is available to watch on Disney +