While we at The Great Oscar Baiter believe strongly that art is in the eye of the beholder, there are some things in the world of cinema that are objectively true. Casablanca is a great movie. Crash is not. But above all else, we hold this to be true- Donald Duck is fucking hilarious. Which is why it hits especially hard when a Donald Duck short somehow manages to be bad. It feels like a betrayal on a cosmic scale. And so it gives me no pleasure to report that today’s film, the 1948 short Tea for Two Hundred, is kind of a dud. 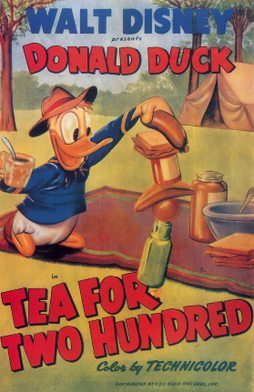 Once again directed by Jack Hannah, the premise for Tea for Two Hundred is certainly promising enough. Donald is trying to enjoy a nice picnic in the woods when he makes the mistake of antagonizing an ant. Well, the ant doesn't take that lying down, and soon he has a whole army of them trying to steal his lunch. It's a fairly basic setup, but one can see where a lot of great bits can be spun out of it. And yet...

Part of the problem is I feel like Donald is sorely misused in this short. Donald works really well as an antagonistic figure, but the ants don't really work as good foils for him. And there's very little for Donald to do other than yell at the ants and have his food stolen. Clarence Nash's vocal performance is great as ever, but he doesn't have much to work with. Besides, Donald really deserves everything that comes to him in this short, and that's just not as funny as when it's more even-handed. First he bullies a little ant, then falls asleep immediately after setting up a picnic big enough to feed an entire family? There's a lot of strain in the setup is what I'm saying. 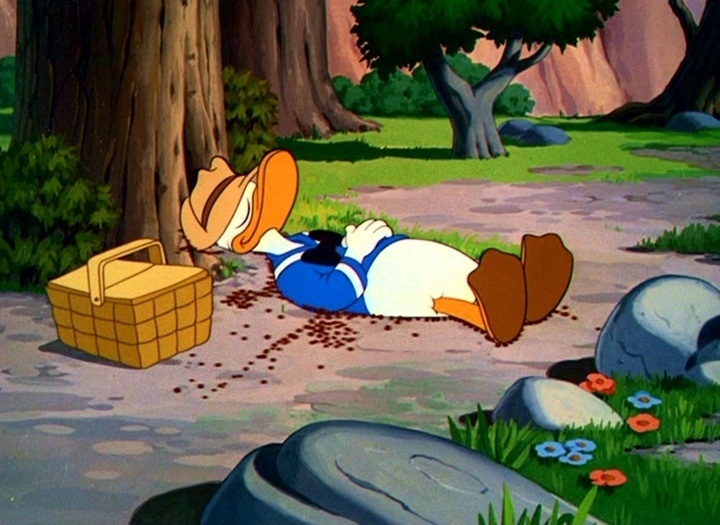 And of course once again we have to deal with racism in our Disney cartoons, this time in the form of the ants, caricatured to look like African tribesmen. If one were feeling generous I suppose they could say that the short could certainly be worse, but I am not feeling generous. Even if the short is not actively hateful, it's still racist, and that's not just something you can ignore. And besides, there really is no excuse for basing one of the ants on Stepin Fetchit. 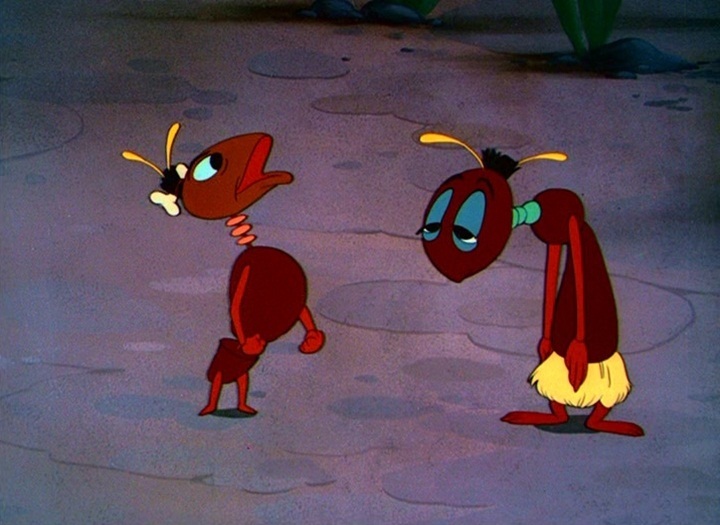 Is Tea for Two Hundred the worst Disney short? No. There's some decent sight gags, the animation is solid and the painted backgrounds by Thelma Witmer are very lovely. But frankly I expect more from Donald Duck, and so should we all. Tea for Two Hundred didn't win the Oscar that year, losing to the Tom and Jerry short The Little Orphan. That short was pretty racist too, but it was a damn sight better than this one!

"Tea for Two Hundred" is NOT available on Disney +, presumably because all of the racism. I can understand the sentiment, but I feel like Warner Bros. deals with its past of racist cartoons a hell of a lot better than Disney does.