Unlike Warner Brothers, MGM and Disney, Universal Studios is not necessarily known for its animated characters. Aside from Woody Woodpecker, can you name one iconic Universal creation? And even then, Woody is not necessarily what I would call an A-Lister. Still, Universal tried their best, and even managed to attract some top tier talent for their short films. Case in point- the 1954 film Crazy Mixed Up Pup, directed by animation legend Tex Avery. 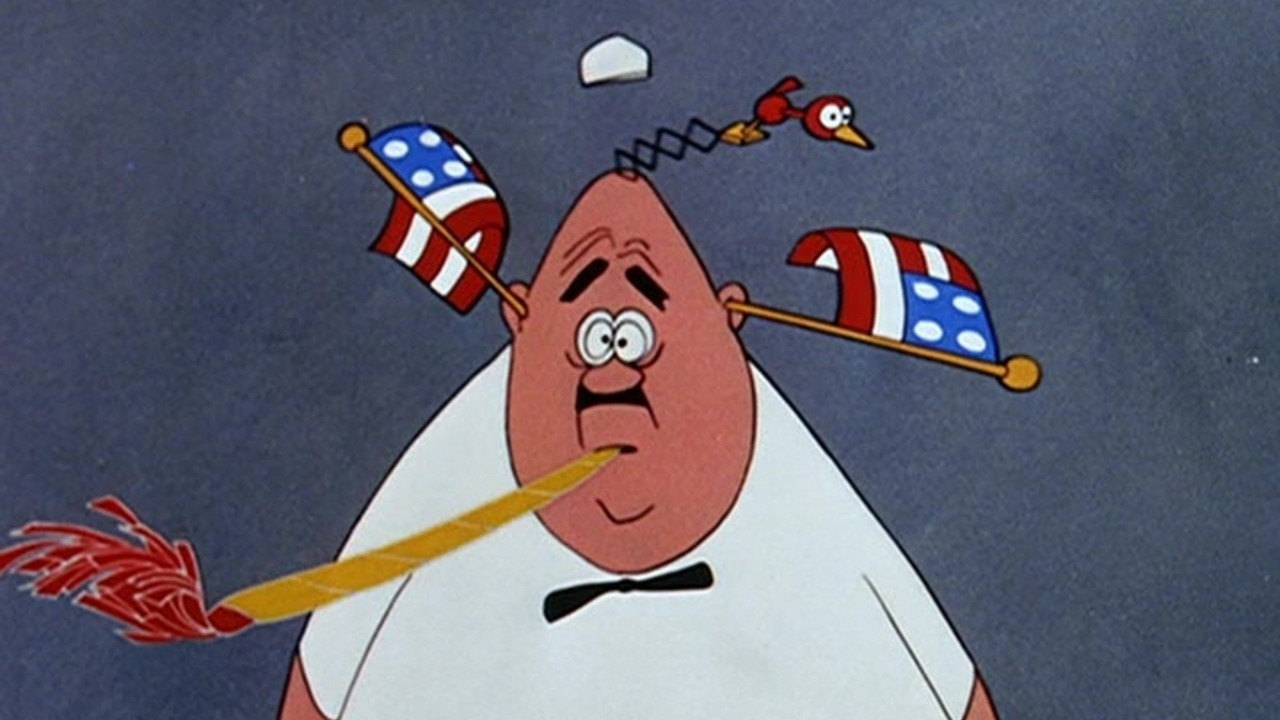 Crazy Mixed Up Pup is an odd short. It follows Sam and Rover, a mild-mannered man and his dog, who (due to a traffic accident and a cross-eyed EMT) accidentally receive injections of plasma from each other's species and begin to act more dog-like or man-like, respectively. As you do. Fans of SpongeBob SquarePants might remember an episode with a fairly similar premise, although I have to admit that SpongeBob did it better. And hey, there's no shame in that; "I Was a Teenage Gary" was a season one episode, after all.

Even without the SpongeBob comparison, Crazy Mixed Up Pup isn't really that good I'm afraid. The premise is solid, if not inspired, but the short really doesn't do anything interesting with it. Even at only six minutes long, it often feels like Tex Avery is straining to fill the runtime, repeating gags that were barely funny in the first place. And the rather loose structure really makes you appreciate the importance of good plotting in your cartoons! It's perfectly fine to have some gags loosely strung together if the gags are that good; but when they're average at best, you really need a little something more to drive the film forward.

I hope you find this joke funny because they make it four times!

It's not all bad of course. Some of the jokes are amusing enough, the animation is pleasant, and it's not terribly offensive. We have covered far worse in our Year in Shorts. But to be frank, we've covered far better too. This short has its fans, but I'm not one of them. Crazy Mixed Up Pup lost the Oscar that year to UPA's When Magoo Flew. And while I know Mr. Magoo has his detractors, that short is considerably funnier and more entertaining than this one!