There are some directors in this world whose films are always worth watching, even when they’re not very good. Quentin Tarantino is one such person. Death Proof may be a steaming pile of shit, but it’s a steaming pile of shit no one else could make. And while I may not have been a fan of Martin Scorsese’s Hugo, I certainly don’t regret watching it. And to that list of directors I humbly add Russian animator Aleksandr Petrov, whose use of paint-on-glass animation makes even his less impressive shorts beautiful to behold. Is that the case with The Cow? Well, let’s find out. 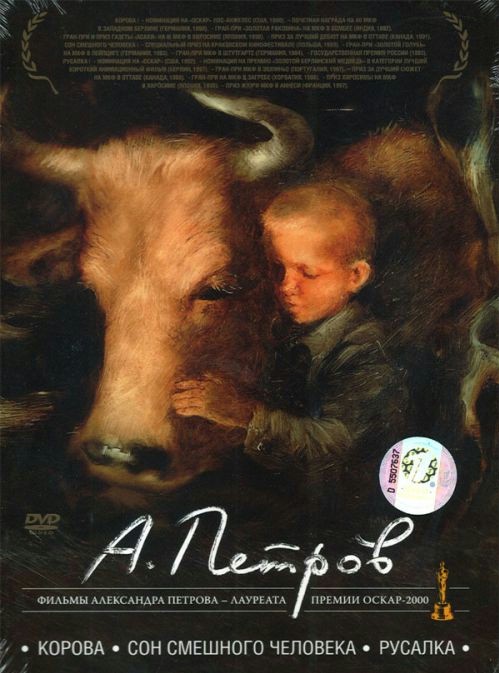 Based on a short story by Andrei Platanov, The Cow is a cheery 1989 release about a small boy who is close friends with a cow and her calf. As you can imagine, tragedy ensues, as the calf is soon sold for meat and the titular cow does not take that very well. Just your typical light hearted Russian animated short. Still, despite being insanely depressing, it is a very beautiful short, even if it can be a little hard to find a quality version of the film online.

But as much as the film showcases Petrov's strengths as a storyteller, I feel as if it also highlights some of his shortcomings. There is no denying that his animation is both beautiful and technically impressive, but there are certainly limitations to the paint-on-glass technique. Motion is less fluid and it can be difficult to read what a character is supposed to be expressing. None of this is inherently bad, of course, but it can have a distancing effect on the viewer. 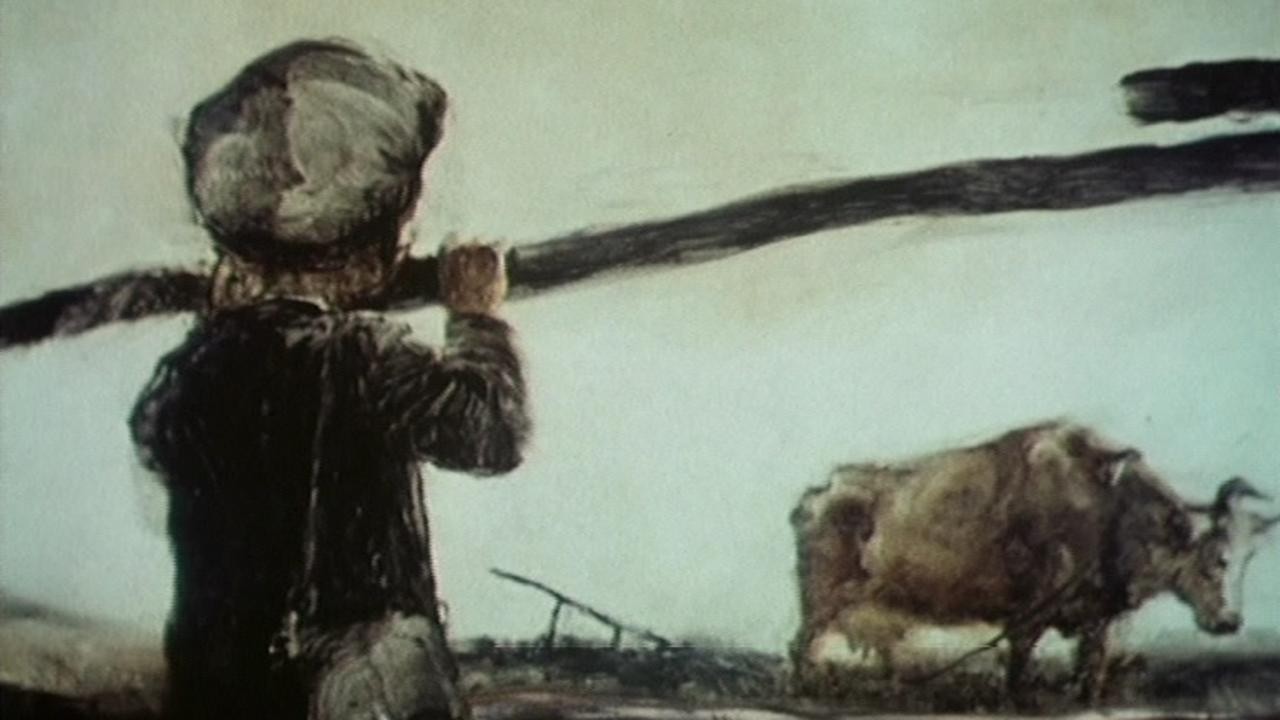 And to be honest, The Cow is definitely not Petrov's best work. As a story it's perfectly serviceable, but nothing spectacular. And as beautiful as the animation is, the dull color scheme definitely diminishes some of its impact. Obviously that is completely intentional on Petrov's part (as anyone who has seen his Oscar-winning The Old Man and the Sea can tell you, the man knows how to work with color), but something can be a directorial choice and still not work. And while a large part of the blame for this can be laid at the feet of bad scans, the film can be very hard to follow at times, with some scenes becoming very muddled visually. 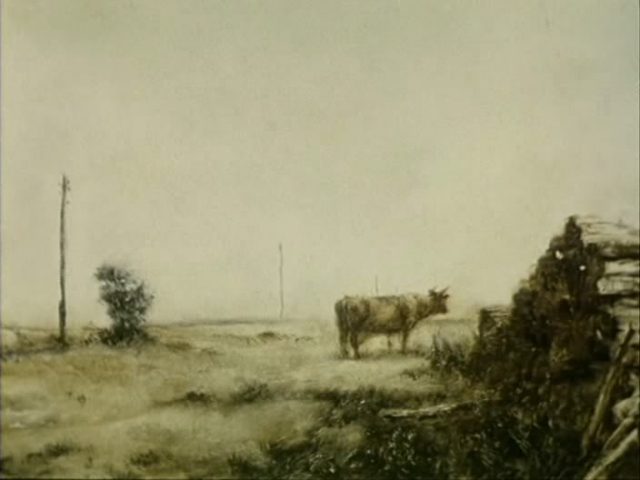 (via Cinema of the World)

But overall, there's more to like about The Cow than there is to dislike, and how much you enjoy it will depend on what you look for in your films. It might not quite entirely come together for me, but I admire its artistry, and I consider it required viewing for anyone who's interested in animation. According to the ever reliable Wikipedia, Petrov is currently trying to get the money necessary to make a feature film, and I hope he gets it. At the very least, it would be something beautiful to behold.