The word “genius” gets thrown around a lot these days, and most of the time it feels hyperbolic. But really, is there any other word one can use to describe Jim Henson, the man who brought us the Muppets? Certainly not. And while he would sadly never win the Oscar he so richly deserved (in what world is Kramer vs. Kramer more deserving of Best Picture than The Muppet Movie?), Jim Henson would at least get nominated, for his delightfully bizarre 1965 short Time Piece. 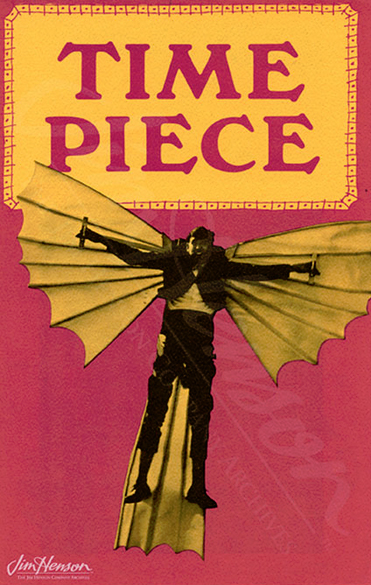 Of all the films we've covered so far, I think it's fair to say that Time Piece just might be the strangest. And when you consider some of the shorts we've looked at, that's really saying something. One of Henson's few live action projects not to involve puppets, Time Piece made its premiere at the Museum of Modern Art, which is certainly appropriate. Like most modern art, I have no idea what's going on for most of it or what any of it means. But I've never let not understanding a movie get in the way of enjoying it, and I'm not going to start now!

As far as I am aware, "Time Piece" is not currently legally available to rent or purchase, but some clips have been made available by the Jim Henson Company.

As you can imagine from the title, Time Piece is a film all about time. It follows a nameless man, played by Jim Henson, as he goes through his day... sort of... but he's also unstuck in time... I think? Look, this is not exactly a film with a plot so much as it is a series of sketches tied loosely tie together. Shorts like these all come down to execution, and it's fortunate that Jim Henson knew exactly what he was doing. Time Piece began life as a storyboard, which Henson proceeded to meticulously recreate over a shooting schedule which lasted over a year.

How Henson managed to pull everything off so masterfully, I have no idea. But the film functions like a Swiss watch, and it's a joy to experience. The visuals, many of which include complex visual effects, are perfectly timed with the film's percussive score and sound effects. There isn't a shot longer than four seconds in the entire short, but Time Piece never feels overly frenetic. It's chaotic, yes, but it's the type of controlled chaos one would expect from Henson. I never really know how to judge experimental films like this (and they're certainly not for everyone), but Time Piece is consistently engaging and generally quite funny. It's a short that deserves to be seen by as many people as possible, and I hope it gets a proper release soon.

It is also, arguably, a short that deserves an Oscar, although I will admit to not having seen Le Poulet, the film which beat it that year. Regardless, Time Piece serves a fun and energetic glimpse into the mind of one of the greatest entertainers of the twentieth century. I highly recommend seeking it out. I can't guarantee that you'll like it. But I'm at least fairly certain it'll be unlike anything you've ever seen.