A Year in Shorts Day 57: "Popeye the Sailor Meets Sindbad the Sailor"

This may be hard to believe, but I don’t have a lot of nostalgia for Popeye. I’ve got nothing against the man, mind you, I just didn’t grow up with him. I remember watching a couple of black-and-white with my grandfather once, but aside from that I have very little experience with the famous sailor. But if the rest of his output is anywhere near as good as the 1936 film Popeye the Sailor Meets Sindbad the Sailor, I might have to check it out. 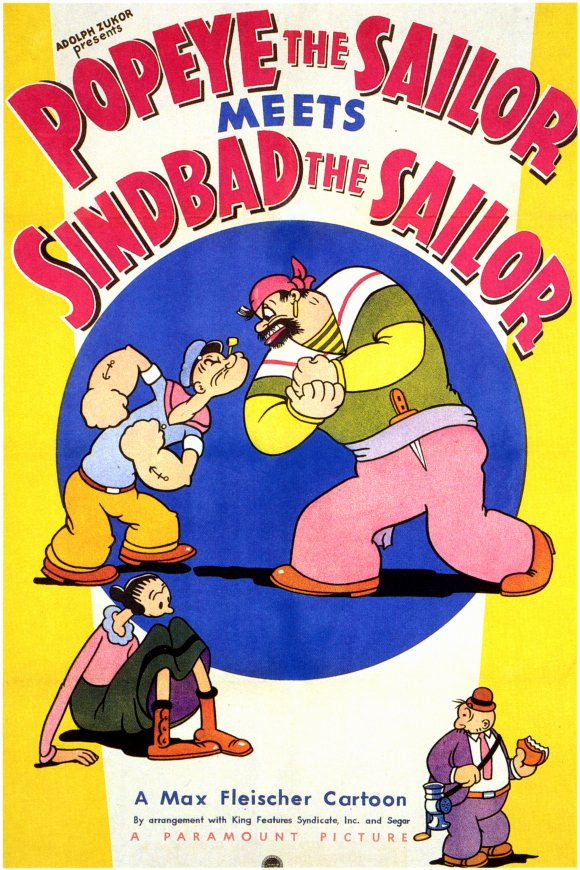 The first of three Popeye "Color Specials" released by Fleischer studios, Popeye the Sailor Meets Sindbad the Sailor casts Popeye and his recurring cast in a familiar enough adventure. A big, bullying brute (in this case Sindbad the Sailor, designed to look like Popeye's lifelong nemesis, Bluto) kidnaps Olive Oyl and it's up to Popeye to save her. Even a Popeye novice such as myself knows that's the basic formula. But as with all films that stick to a formula, it all comes down to execution. And this short, directed by Dave Fleischer, is executed very well.

The most notable thing about Popeye the Sailor Meets Sindbad the Sailor (boy that's a mouthful) is definitely the animation. Fleischer Studios made excellent use of their trademark "Setback Camera", in which 3-D models would be built and photographed, through which the animated characters could move. It's a stunning effect that still works well today, aided in no small part by the rubbery and dynamic animation of the characters. Unlike Disney, Fleischer was not concerned with realism in their cartoons, instead going for a more absurd (but no less gorgeous) style of animation.

It certainly helps that the short is funny as hell, too. Popeye certainly makes for a fun protagonist, peppering the short with a delightfully grumpy running commentary. There's a nice number of sight gags too, along with a healthy dose of cartoon violence. And if all that wasn't enough, the music is great too, with Sindbad's theme song managing to be catchy without becoming annoying. 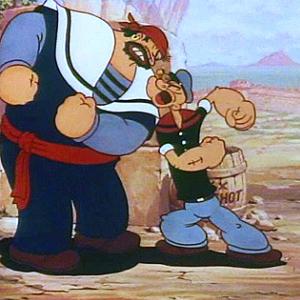 As wonderful as Popeye the Sailor Meets Sindbad the Sailor is, it wasn't enough to stand up to the Disney juggernaut, with the Oscar that year going to The Country Cousin instead. And hey, I liked that short just fine. But Popeye the Sailor Meets Sindbad the Sailor blows it out of the water on just about every level, and history has definitely remembered it that way. It is currently part of the Library of Congress's National Film Registry, and is widely beloved by animators and filmmakers today. It's not hard to see why- it's a great short, and well worth the time you'll spend watching it.

And that kids is why you should always eat your spinach!