The Curious Case of Canary Row

A few days ago, I wrote a post on Canary Row, the last Oscar-nominated Sylvester and Tweety short we had to cover. However, it turns out that’s not quite the whole story. While it is true that Canary Row received an Oscar nomination for Best Animated Short, what I did not know at the time was that the short’s producer, Edward Selzer, withdrew it from consideration. This certainly raises a lot of questions, of which I'd like to get to the bottom. 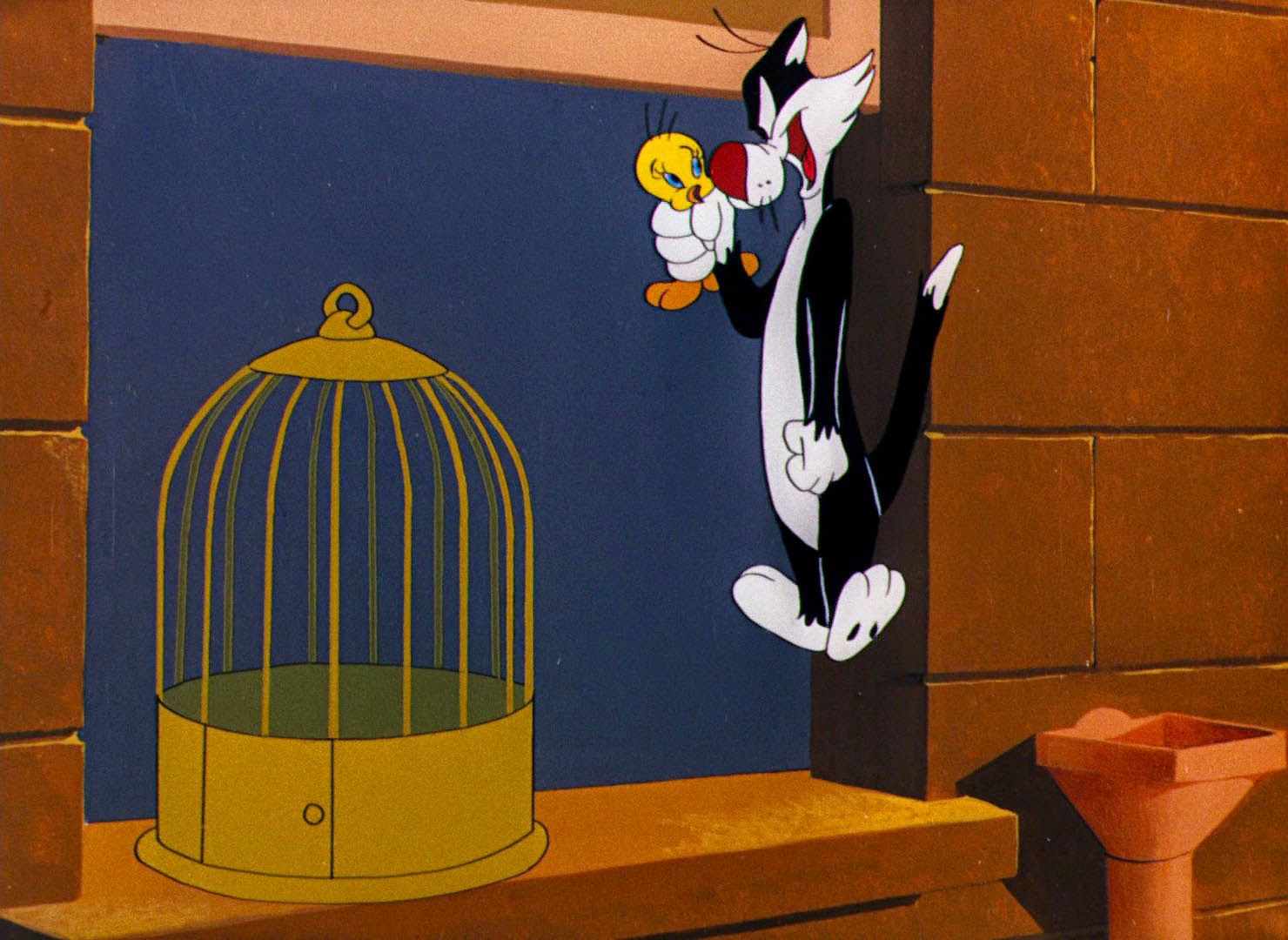 For starters, I want to make it clear that the film's nomination being revoked would have had no effect on whether or not I'd cover Canary Row in our Year in Shorts whether or not I had known about it. The stated futile goal of The Great Oscar Baiter is to see every film ever nominated for an Oscar, even if that nomination didn't stick. That means one day Song of the Week will cover "Alone Yet Not Alone", and we would have covered Canary Row either way. So my annoyance for my gaffe comes not from subjecting myself to a Tweety short when I didn't have to, but for not knowing an incredibly interesting piece of Oscar trivia when I wrote the post. This is arguably the most interesting thing about Canary Row, and I left it out entirely!As to why I did that... well, I feel like I've been fairly open about how The Great Oscar Baiter is not exactly the most well-researched blog. On the one hand, I don't think is always a bad thing. The Great Oscar Baiter is not a film history site, it's just me writing my opinions, so I don't really need much more than basic background information for my posts. As such, I've always felt that Wikipedia and IMDb were good enough for those purposes. Unfortunately, this piece of trivia relating to Canary Row was not on the film's Wikipedia page. It is on its IMDb profile, but only if you visit the awards page, which I did not. I only found out about this myself by stumbling upon a note on the Wikipedia page for Best Animated Short. And unfortunately, there's not much information on Canary Row easily available online, and even the sources that do exist (such as the Looney Tunes wiki) don't include this information. So it's not exactly common knowledge.At the same time, it was a pretty major oversight on my part, and there's no real excuse for it. While I have been incredibly busy with school starting this month, that still doesn't forgive shoddy work, and as such I apologize (if more to myself than anyone else). And I suppose, in hindsight, this is just a sign on the importance of doing more research than just the bare minimum when writing these posts. Sure, it might not always be necessary, but it would certainly be interesting, right? While this blog is just for fun, that doesn't mean I should hold myself to a lower academic standard, in both the research and citation of sources. I am (mostly) very proud of the work I've done in this past year, but there's certainly room for improvement going forward.Now that I've gotten the mea culpa out of the way, only one question remains- why did Edward Selzer revoke the nomination? Well, there's no official word as to why (again, information on this short is hard to come by), so all we can do is speculate. Still, it's not too hard to make an educated guess. Don't forget that the short which won that year was For Scent-imental Reasons, another Warner Bros. short ALSO produced by Edward Selzer. (As a fun aside, Edward Selzer was considered a "humorless and interfering bore who had no knowledge or love for animation", whom the animators would often develop shorts just to spite. That's from his official IMDb bio, by the way!) It stands to reason that Selzer didn't want to split the vote that year and figured by rescinding one of his nominations, he stood a better chance of winning. I suppose the gamble paid off, although considering the fact that he ALSO won Best Documentary Short that year, it seems a little greedy. As for why he chose one short over the other, I can not say. It's certainly not the choice I would have made.And there you have it. The Curious Case of Canary Row has been about as satisfyingly resolved as we can make it. And isn't it just fitting that I make such a huge gaffe when I talk about a fucking Tweety Bird short? That yellow bastard always has the last laugh, doesn't he?