It’s always frustrating when the Academy ignores truly great works. For instance, despite being one of the greatest pieces of filmed storytelling of the 20th century, Frasier was never once nominated for an Oscar! And sure, that probably has something to do with the fact that Frasier was a television show and therefore ineligible to be nominated, but that doesn’t make it any better! So I guess if we want to get our fix viz-a-viz comedies about psychiatry under a half hour long, we’ll just have to settle for shorts like Our Time Is Up. 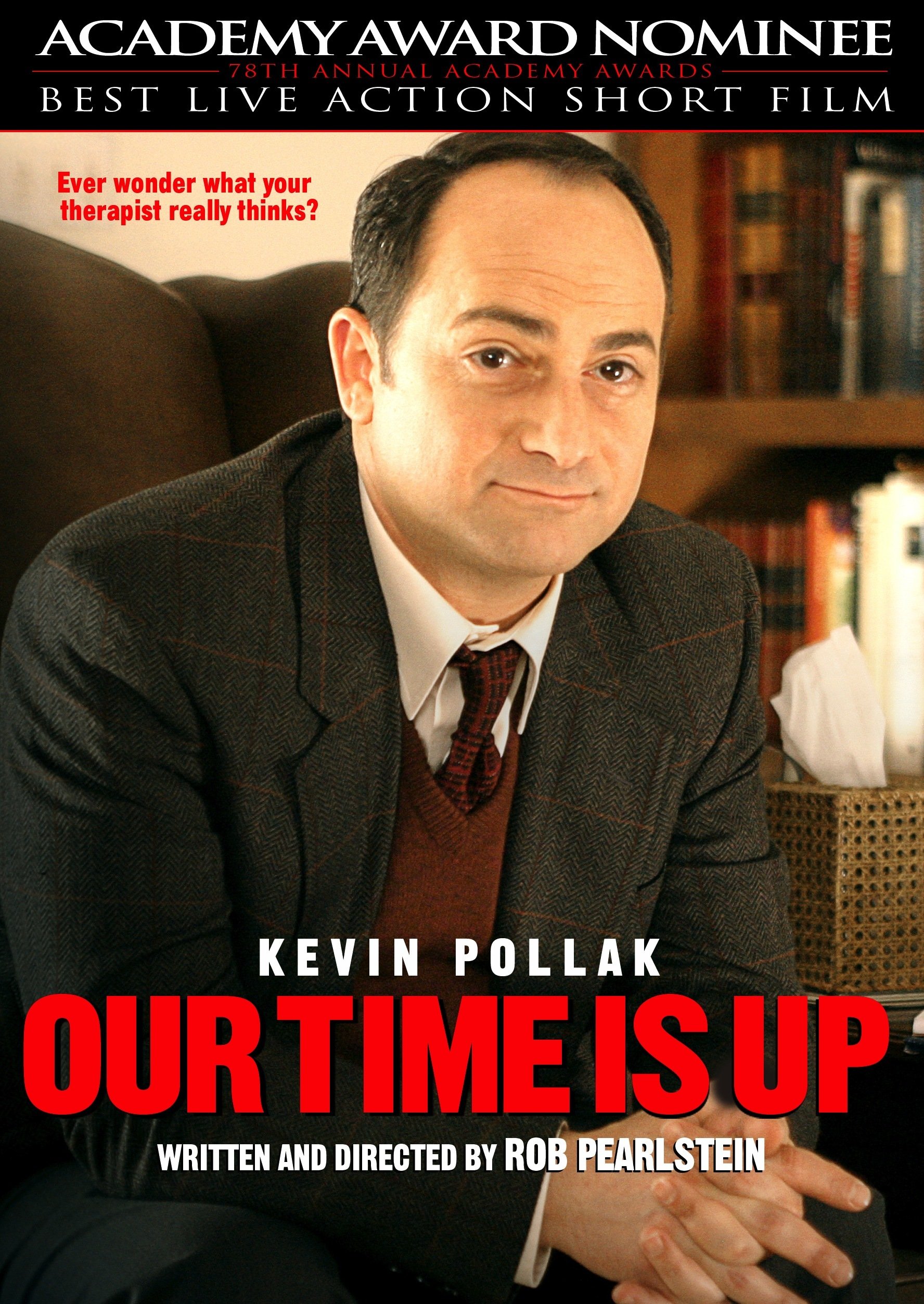 Written and directed by Rob Pearlstein, Our Time Is Up is a 2004 short which contains a great deal more star power than we've typically seen in our Year in Shorts. It stars Kevin Pollak (the Kevin Pollak!) as Dr. Leonard Stern, a therapist who receives a terminal diagnosis. (Hence the double meaning in the title. It's clever, see.) Faced with his own mortality, and not wanting to spend the rest of his life dealing with the same old problems every week, Dr. Stern takes the opportunity to shake things up in his practice. Namely, he decides to treat his patients (played by such heavy-hitters as Vivian Bang, Rick Hoffman, Jerry Minor and Katheryn Winnick) with brutal, unflinching honesty. That's a solid premise for a short, and Rob Pearlstein manages to get a lot of good stuff out of it, even if the results are generally more clever than they are funny. But hey, there's nothing wrong with a clever script, especially when it's executed with as much panache as it is here.

Our Time Is Up may not be the best short we've ever looked at, but there's a lot of great stuff going on which makes it a pleasure to watch. A great deal of this comes down to the editing by Dick Gordon, which moves the film along at a quick pace while still maintaining a good sense of comic timing. (Considering the fact that the film is basically two montages with some scenes dispersed here and there, good editing is more important than ever!) Dr. Stern's patients are all pretty fun to watch, their various problems infused with a nice comic energy by their actors. And anchoring everything is Kevin Pollak, who makes a compelling case for himself as a leading man here. Despite being on straight man duty for the entire run time, positioned as the cool voice of reason in a storm of quirky shenanigans, he never feels overshadowed by his co-stars. Instead his deadpan delivery and wry charm create a character that's fun to watch. I wouldn't be against following Dr. Stern in a feature length version of this short, which is pretty high praise as far as I'm concerned. If nothing else, Our Time Is Up deserves credit for affording Kevin Pollak a chance to take center stage, and he's more than up to the task.

Sure, Our Time Is Up won't make you laugh out loud, and it gets a little schmaltzy at the end. Not to mention the fact that some of the therapeutic practices it promotes would be controversial at best! But it's an entertaining short nevertheless, and one worth watching if you like silly psychiatry humor or are a fan of Kevin Pollak. (And hey, who isn't?) None of that was enough for the Academy, mind you, who awarded Best Live Action Short that year to Martin McDonagh's Six Shooter instead. Admittedly I haven't seen that short, but it probably deserved it. I mean, it's Martin McDonagh, when has he made something that wasn't great? Besides Three Billboards Outside Ebbing, Missouri. Yikes, that's gonna be a tricky one to talk about. But luckily this is a Year in Shorts, not a Year in Best Picture Nominees, so instead we can focus on films like Our Time Is Up instead!