We’ve covered a great deal of obscure shorts here in the past year. Honestly, that’s been one of the best things about doing this. It’s been fun opening up little known films to a wider audience, even in this small of a capacity. Today’s film, Claude Chagrin’s The Concert, might be one of the most obscure we’ve covered. And that’s a shame, because it’s also one of the most creative and hilarious films I’ve ever seen! 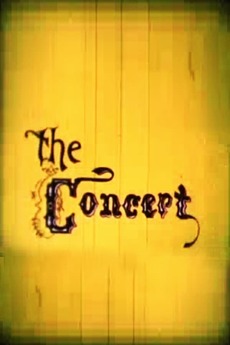 Released in 1974, The Concert follows an unnamed man (played by Jules Chagrin, who cowrote the short with his sister, Claude) who decides to perform a solo concert at the Royal Albert Hall. Or, to be more exact, outside the Royal Albert Hall. Using the crosswalk as his instrument (it does somewhat resemble a piano, after all), the man puts on a show, much to the alternating amazement and chagrin (I swear to God that pun was unintentional) of passing pedestrians, policemen and fellow musicians. What follows is an honest-to-God live action cartoon, filled with nonsensical gags and great physical comedy. It's as if Bugs Bunny and the Monty Python gang had a baby together. But you don't have to take my word for it! Why not check it out for yourself?

There's a lot to love about The Concert, from the outrageous sight gags to the more subtle asides. The film gets a remarkable amount of mileage from its premise, constantly throwing new variations on the same basic gags so the short never has time to get stale. I think it helps that while the gags are incredibly silly, people's reactions to them are fairly underplayed. Sure, they may think it's a little weird to see a man play piano with the crosswalk. But since it's already happening, there's not much to be done about it. It's a subtle touch we see in a lot of shorts, and like always it helps the gags land a lot better. Claude Chagrin's direction and editing (which even includes some animation and pixilation) help keep things fresh and fast-paced. Direction in comedies is something we often ignore, paying more attention to the writing and acting. And certainly, those things are very important! But perhaps more than any genre, a comedy lives on its directing and editing. The wrong framing can ruin a gag, and even the funniest joke can be killed if a poor edit creates bad timing. Luckily, Claude Chagrin is a maestro at this, making sure there's not a sour note in the entire thing. 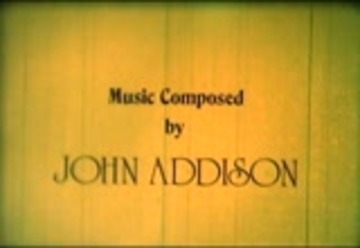 I suppose it'd be dickish of me not to point out that John Addison did a good job with the music, huh? You did great, John!
(via Internet Archive)

But of course, Julian Chagrin is the real star of this short. He and Claude are best known for their roles as the tennis-playing mimes at the end of Blow-Up, a movie I haven't seen (I know, it's blasphemy!), but I have seen the ending of. (Film professors sure like spoiling the endings of movies, don't they?) That's right folks, I tricked you into watching a movie starring a mime! Some folks just want to watch the world burn, I'm afraid. Anyway, back to the point. Chagrin's committed physical performance really ties this film together, as he completely throws himself into every movement. His physical performance extends to his facial expressions as well, allowing Chagrin to create a fully realized character without anything in the way of real dialogue. It's all over-the-top, of course, but in the best possible way. It's obviously done in the mime tradition, but there's a strain of old silent film comedy there as well. Whatever it is, it's just great. Perhaps I just have a soft spot for this sort of thing- I, too, have been referred to as a live action cartoon character. It certainly helps that his costars (most notably Paul Curran as the constable) know exactly how to play their parts, supporting Chagrin with just enough energy without ever overshadowing him. But at the same time, Chagrin is a generous scene partner, making sure not to step on the moments they get to have their own laughs. It's a delicate balancing act, but I suppose the rest of the film is too. And as with everything else, Chagrin and Chagrin pull it off.

At the 47th Academy Awards (which, between a Screenplay nod for Young Frankenstein and Madeline Kahn's nomination for Blazing Saddles, had a stronger than average showing for goofy comedies), The Concert wound up losing the Oscar to One-Eyed Men Are Kings, a French film I haven't seen. British mimes losing to French cinema. Poetic, really. At any rate, I can't say as to whether an Oscar win would have resulted in The Concert being a more popular film today. I highly doubt it, though. There are hundreds of Oscar-nominated shorts out there, and most of them are destined to fall into obscurity. Still, it seems unfair that The Concert has been hit particularly hard by this. Hell, look at how hard it was for me to find images from it for today's review! A film this funny, creative and well-made deserves an audience, and I hope that in some small way we can help it find one. It's already found you, after all!