Last we met, I discussed the scourge to the Best Original Song category that is the End Credits Song. And after all those harsh words, it wouldn’t be unreasonable to assume that I have similar feelings for the End Credits’ Song’s sister, the Opening Credits Song. And yet, nothing could be further from the truth! Whereas an End Credits song too often feels like an unnecessary addition, the after dinner mint of the film world, a well done Opening Credits song can be a perfect appetizer, establishing the tone of the film you’re about to view. And that can certainly be said for this week’s song, the titular tune from the 1938 romantic comedy Merrily We Live.

There’s a very good chance you haven’t seen Merrily We Live, and there’s a very good reason for that- it’s not very good. A tepid rehash of the plot of My Man Godfrey featuring two of the stars from Topper, both infinitely better examples of the screwball comedy genre, Merrily We Live does nothing you haven’t seen done before, and done much better. Which isn’t to say that there aren’t good elements to it. There are some cute scenes and the cast is great, with special notice going to Bonita Granville, who manages to play the bratty younger sister character in a way that’s funny instead of annoying. And, if nothing else, Merrily We Live is the film which netted Glinda the Good Witch herself, Billie Burke, her only Oscar nomination. And it was a well-deserved one, even if her performance has more than a little in common with Alice Brady's similarly-nominated turn from My Man Godfrey two years prior. But that's Merrily We Live in a nutshell for you. Even the stuff that you like just reminds you of better films. And that's true of the song too!

Look, there's nothing particularly wrong with "Merrily We Live." Phil Charig's music is pleasant enough to listen to, and at only a minute and a half long you can't accuse it of overstaying its welcome. The lyrics by Arthur Quenzer are, admittedly, a little generic, the sort of frothy fluff that you just throw in so people aren't too distracted from reading the opening credits. 1938, by the by, was a big year for Quenzer, who received a second Oscar nomination for "The Cowboy and the Lady", a song he wrote for the Western romantic comedy, The Cowboy and the Lady. I have not seen it, but I have to assume that it is about a cowboy and a lady who fall in love. That was also the year Quenzer wrote the lyrics for the songs in the Laurel and Hardy film, Swiss Miss, with Charig once again providing the music. Despite his brief burst of prolificity in the late 30s and early 40s, including contributions to Disney's Dumbo and Fun and Fancy Free, Quenzer remains a fairly obscure figure in film history. Hell, he doesn't even have a Wikipedia page! I can't even find any photos of him or Charig online. This is, admittedly, a wholly irrelevant tangent, but I found it interesting. And besides, this is The Great Oscar Baiter, and I suppose it's one of my duties to highlight the more obscure figures in Oscar history. Quenzer, at the very least, has not been entirely forgotten, with his song "Moonray" appearing on the soundtrack for the movie Mudbound. That film, of course, received its own Oscar nomination for Best Original Song, so I guess everything comes full circle. 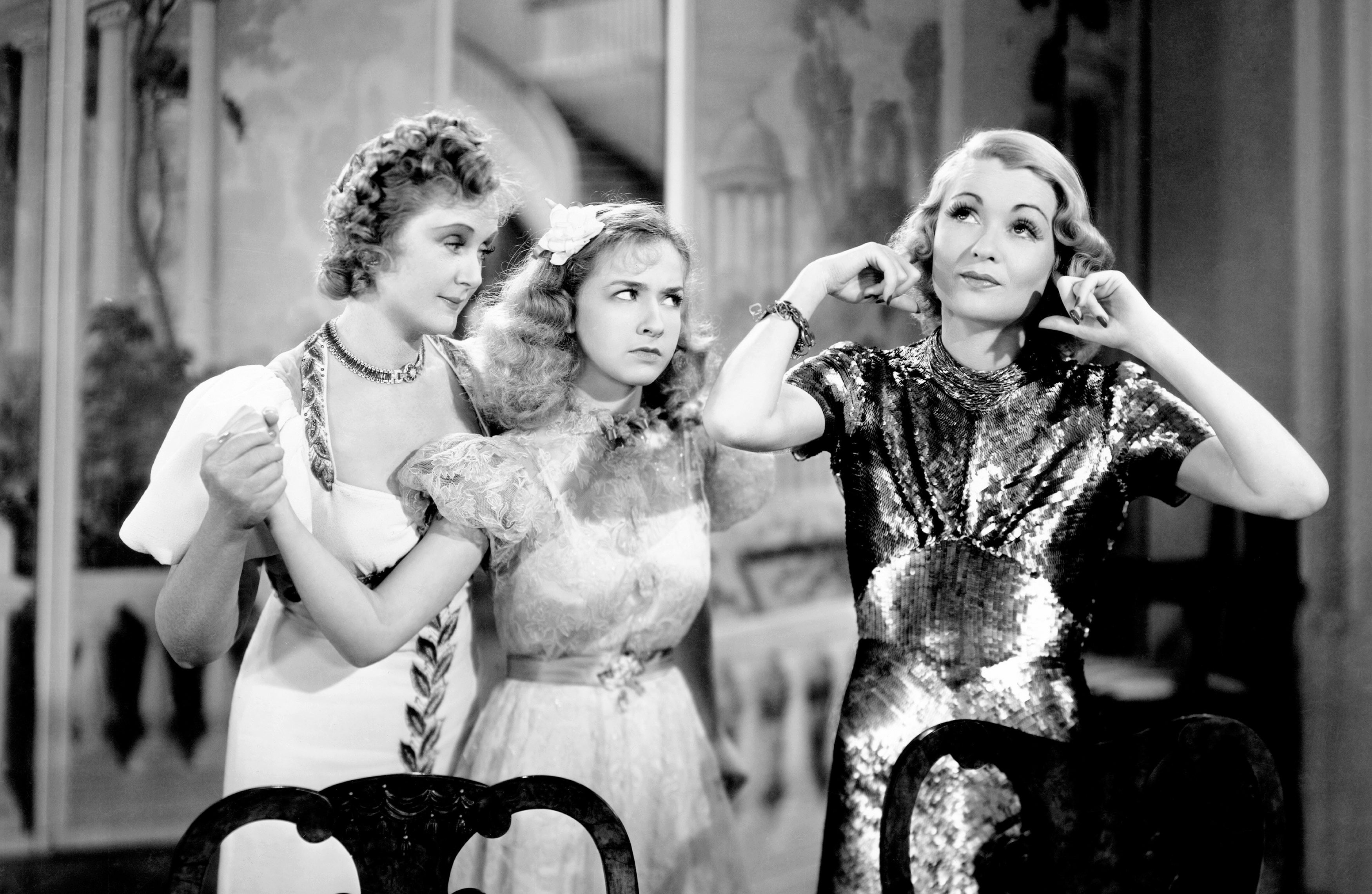 Anyway, now that I've gotten that brief tribute out of the way, let's go back to shitting all over their work. What "Merrily We Live" has to do with the movie, I have no idea. Hell, I have no idea why the movie is even called Merrily We Live. No one in the movie seems to be living particularly merrily. In fact, just about everyone seems stressed out and miserable, worried about Mrs. Kilbourn's charitable habit of "hiring tramps" will ruin their social standing. The film is based on a novel and a play, both of which had different titles- The Dark Chapter and They All Want Something, respectively. I just have to assume that Merrily We Live was a generic title that MGM just had lying around and decided to slap onto whatever film it remotely seemed right for. Hell, maybe that's what happened with the song as well. At any rate, it serves as a perfect introduction to the film which shares its name- mildly amusing, fairly derivative and mostly forgettable. "Merrily We Live" didn't win the Oscar that year, with the award going instead to "Thanks for the Memories" from The Big Broadcast of 1938. I'm not familiar with that song, but apparently its cultural footprint has been significantly bigger than that of "Merrily We Live". The song ranked No. 63 on AFI's 100 Years... 100 Songs list, and was featured in Marilyn Monroe's iconic performance of "Happy Birthday" to President Kennedy. So I guess if you gotta lose to someone, you could certainly do worse.