Song of the Week #2: "The Ballad of Cat Ballou"- Cat Ballou

The current rules for the Academy Award for Best Original Song state that, in order to be eligible for nomination, a song has to be included within the body of the film itself or be the first song played during the end credits. That last rule has proven to be something of a headache for us Oscar Baiters, as Oscar contenders decide to pad out their nomination count by throwing in some forgettable tune vaguely connected to the movie. That isn’t always the case, of course- the songs from the Lord of The Rings movies are amazing- but in general I prefer when a Best Song nominee plays an important part of the film itself. Say what you will about “The Ballad of Cat Ballou”, it at the very least has that much going for it. 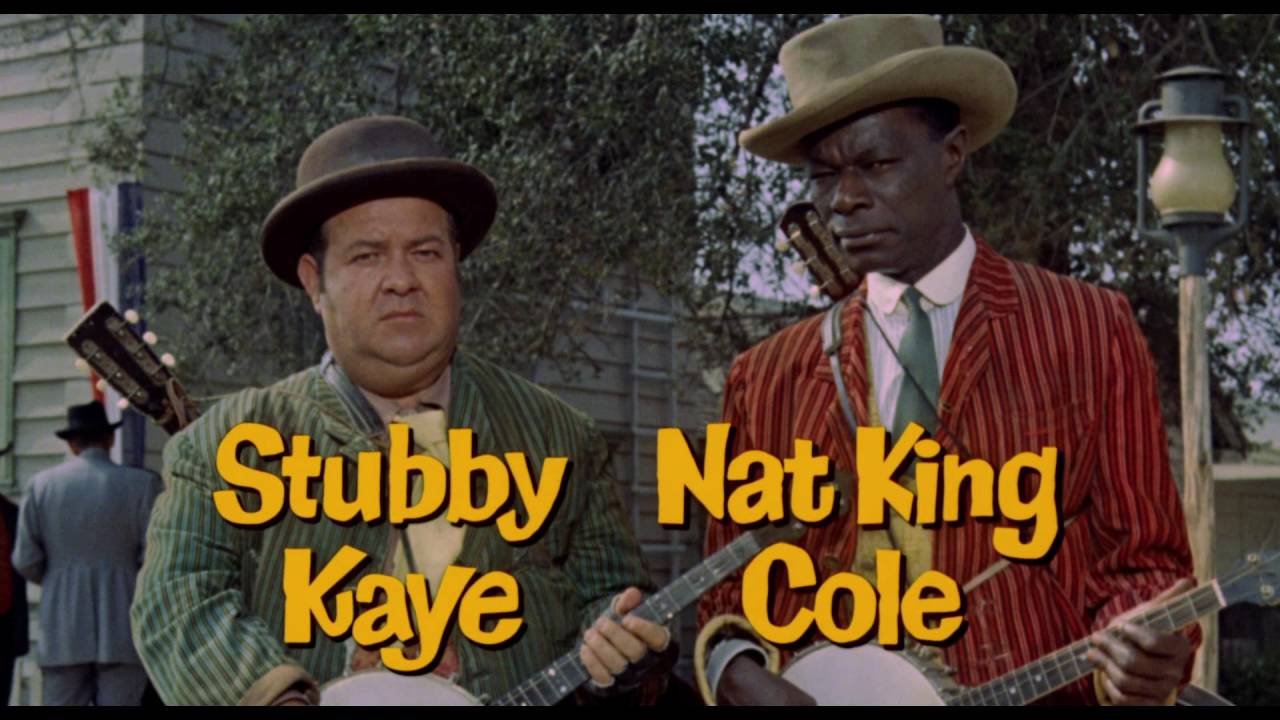 Elliot Silverstein's Cat Ballou is not a particularly good movie. Ostensibly a parody of Westerns, which were still incredibly popular at the time of its 1965 release, the big issue with the film is that it's just not very funny. Honestly, most non-comic Westerns have significantly more laughs than Cat Ballou does. The film was pretty well-liked in its day, but we can't hold that against contemporary critics; Blazing Saddles hadn't come out yet, they had no frame of reference for how good Western parodies could be. Besides, that wouldn't really be a fair comparison to make (even though I'll make it anyway). Cat Ballou isn't trying to deconstruct and satirize the genre the way Blazing Saddles did; it's more of a goofy riff in the vein of Airplane!, right down to basing the story around a more straight faced story, in this case the novel by Roy Chanslor. But even by that standard, I can't say it succeeds. It's just not silly enough, with the jokes being far too low key to really come across as surprising. The film is also surprisingly slow-paced and melancholy, as if the filmmakers grew bored of making a comedy and just wanted to make a straight Western from time to time. Nevertheless, there are elements in the film which liven things up, and "The Ballad of Cat Ballou" is one of them.

Cat Ballou, to its credit, opens on a strong note with the first performance of the song. (Technically there are multiple versions of this song performed throughout the film, but for the purposes of our post we'll mostly be focusing on this version, which is presumably what most people remembered. The film also received a nomination for Best Scoring- Adaptation or Treatment, which covers the rest of the songs.) Two balladeers, played by Nat King Cole and Stubby Kaye, introducing the film's setting and story, setting the irreverent and energetic tone that Cat Ballou is striving for. It's a tone the movie doesn't sustain for very long, but it's enough to put you in a good mood. I mean, it's hard to be mad at a movie which promises me on multiple scenes of Nat King Cole singing, a promise which it certainly delivers on. I don't think it's too controversial to say that Cole had one of the greatest voices of all time, and he's an excellent choice to be one of the film's co-narrators. (Cole died a few months before the movie's release date, and this is a great swan song for him.) The two balladeers will return throughout the film to help move the story along, arriving between important plot beats to give the film a sense of energy and fun it too often lacks. The song itself gets a little old after awhile, but Cole and Kaye's performances certainly never do. 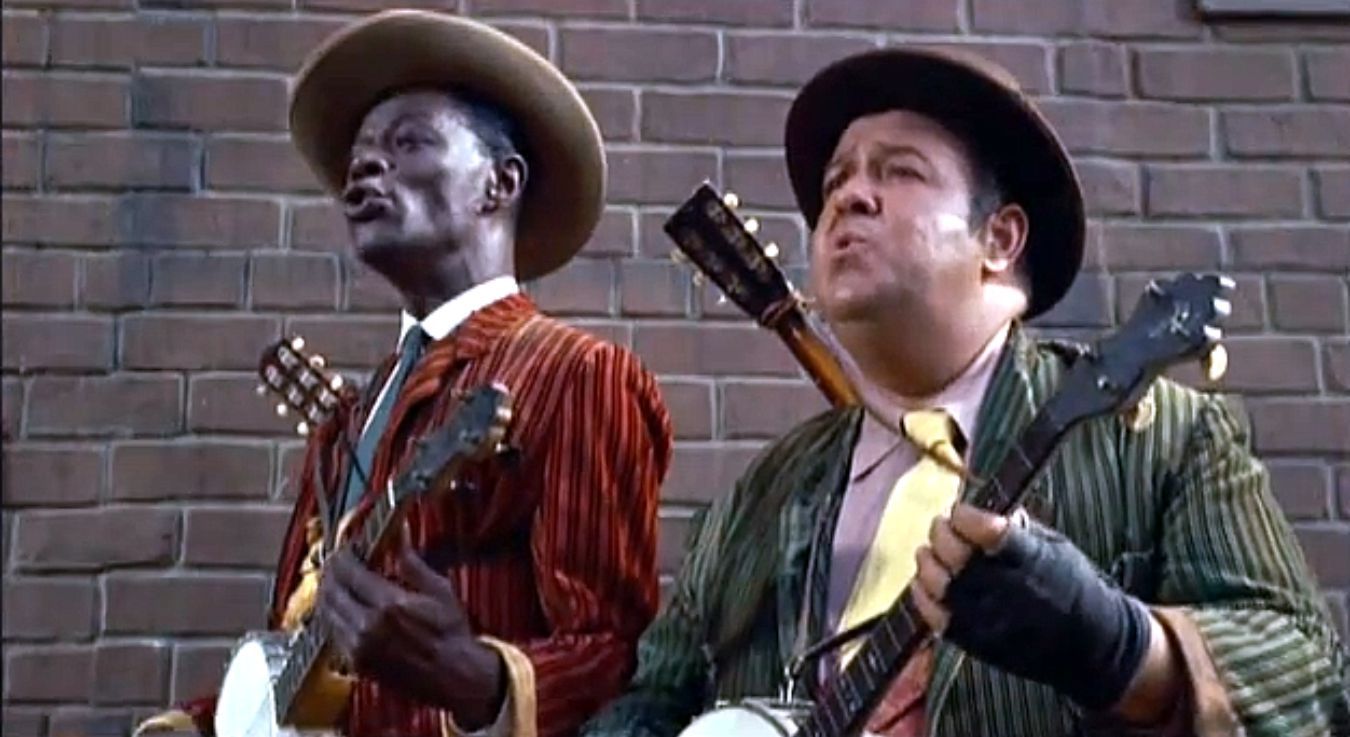 Admittedly, the song itself really isn't much when you listen to it on its own. It's a fairly repetitive tune, with pretty basic music from Jerry Livingston and forgettable lyrics courtesy of Mack David. I suppose, like the film, it's meant to be a parody of the ballads which occasionally opened Westerns back in those days, like The Ballad of High Noon. That song also played during the film's opening credits and served as a recurring motif for the score. Of course, The Ballad of High Noon is a much better song in a much better movie, but that's a story for another day. Still, I can see what "The Ballad of Cat Ballou" is going for. But, much like Cat Ballou itself, the song isn't a particularly good parody because it's not very funny. There are lines which are certainly meant to be funny, sure, but they hardly even qualify as amusing. I almost wish they'd tried to play it a little more straight, if I'm honest. Not to beat a dead horse, but look at the theme song to Blazing Saddles (appropriately named "Blazing Saddles"); that song played it so straight that Frankie Laine didn't even realize it was for a parody. Which, of course, made it all that much funnier. "The Ballad of Cat Ballou" too often delivers everything with a wink when a straight face would have done much better, especially because the writers clearly overestimate their own cleverness. You can't wink to the audience when you haven't actually said anything funny. But the important thing to remember about these songs is that they do not exist in a vacuum. They exist as a part of the film, and should be judged accordingly. This is an area which songs used in the body of the film have the advantage over songs just used in the end credits, which mostly have to stand on their own merits. (Not to mention the fact that it makes it much easier for me to write about when the song is actually part of the movie. I don't know much about music, so I'm really dreading those posts where I have to focus on that solely!) So while "The Ballad of Cat Ballou" may not be a song I want to put on my Spotify playlists, I nevertheless have a lot of fond feelings towards it. Perhaps it just benefits from being one of the sole bright spots in an otherwise dull film, but every time "The Ballad of Cat Ballou" started playing, I have to admit my engagement with the film increased considerably. Nat King Cole and Stubby Kaye are just fun to watch, and the film comes alive when they're on screen in a way that it otherwise doesn't. Being the best part of a film I didn't particularly like is not exactly a high bar to clear, but it's a bar nevertheless.

But the hurdle of actually winning the Best Song Oscar was one which proved to be too high for Cat Ballou, losing out to "The Shadow of Your Smile" from The Sandpiper. (Cat Ballou's only Oscar win went instead to Lee Marvin for Best Actor for his dual roles as Kid Shelleen and Tim Strawn, a decision which I can only assume was prompted solely by the novelty of seeing Marvin in a comedy. It's not a bad performance by any stretch, but certainly not an Oscar-worthy one.) I am familiar with neither "The Shadow of Your Smile" nor the movie from whence it came, so I can't tell you whether or not the win was justified. But we'll get there. Eventually. There's a lot of songs to cover, and only so many weeks in a year after all.