Monsters, Inc. is not the first thing that comes to mind when you think of a Disney franchise. And yet that’s exactly what it is. From a prequel, theme park rides and its new series on Disney +, Monsters, Inc. is a minor cultural phenomenon. And while Monsters University didn’t get nominated for an Oscar, the same can not be said for the FIRST Monsters, Inc. follow up- the 2002 short, Mike’s New Car. 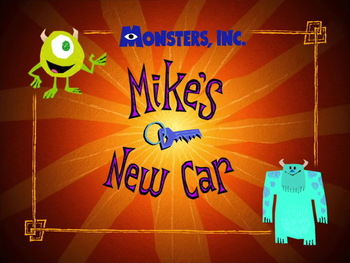 Unlike most Pixar shorts, Mike's New Car (directed by Monsters, Inc. director Pete Docter alongside Roger L. Gould) did not play before a Pixar feature. This isn't THAT unusual in it of itself; Pixar shorts featuring returning characters are typically played before other Disney properties, with Pixar saving their original creations for their films. (This is another reason why having Olaf's Frozen Adventure play in front of Coco was so unforgivable.) But, rather oddly, Mike's New Car didn't play before ANY movie. In fact, as far as I can tell, the film didn't have a theatrical release at all, instead premiering as a special feature on the DVD and VHS release of Monsters, Inc. in 2002. How exactly the film managed to score an Oscar nomination, then, is beyond me; as far as I'm aware, it should have been ineligible. But this strange release schedule isn't the only thing which sets this short apart from other Pixar joints. Whereas most Pixar shorts try to push animation technology forward or tug at the old heartstrings, Mike's New Car is surprisingly simple. Mike, presumably as an act of celebration for solving Monstropolis's energy crisis, has bought himself a fancy new car. (Mike's love for fancy cars is a surprisingly large part of his character.) Wanting to take it for a ride, he invites Sully to hop in, but Mike is soon bested by the car's complicated controls and buttons. And... that's it. It's really just four minutes of slapstick as Mike suffers constant physical torment at the hands of his new vehicle. That's another huge part of Mike's character, just pure suffering. It's a remarkably simple short for Pixar, especially considering how Monsters, Inc. was a fairly complex movie, both on a technical and emotional level. 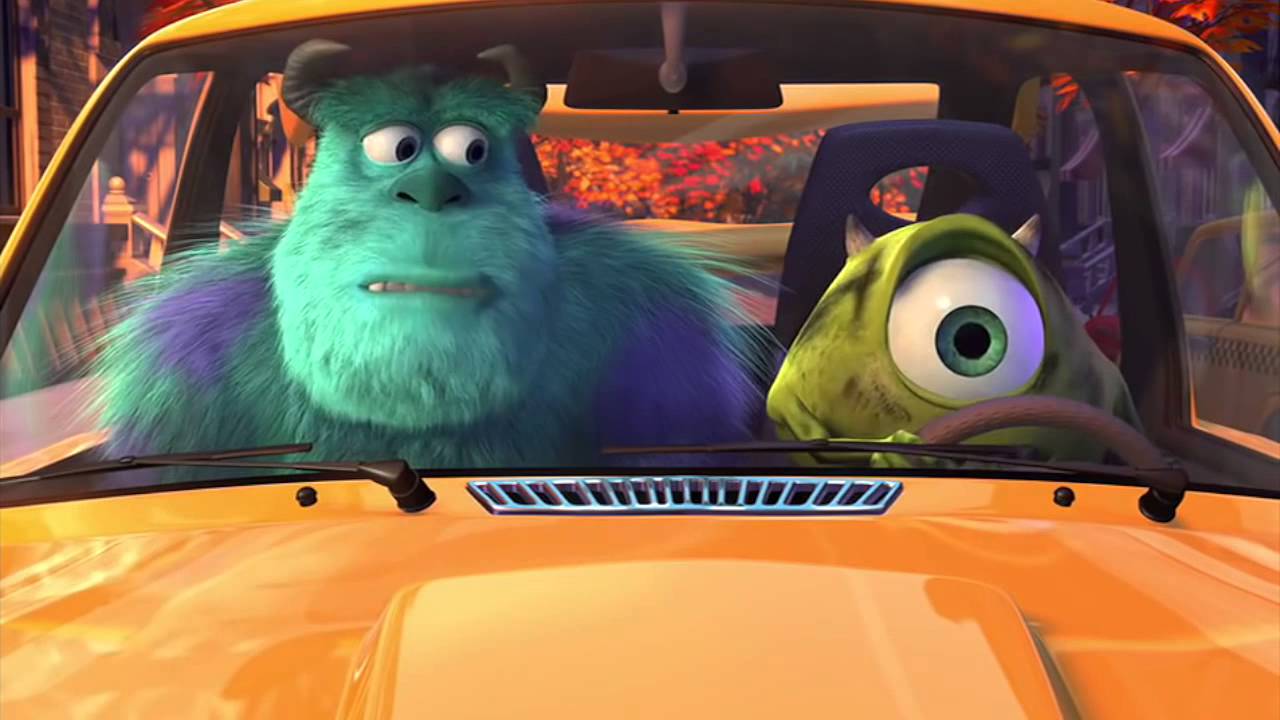 Still, what Mike's New Car may lack in heart or ambition it certainly makes up for in execution. It's not a particularly impressive short, but it's definitely a funny one. And what's wrong with that? Humor is an important part of the Pixar brand after all. While most of the focus comes from their heartfelt storytelling and cutting edge animation, the studio also consistently makes incredibly funny films. I'd argue that their sense of humor is as key to their success as anything else. So can we really blame them for making a short that showcases their ability to make us laugh more than anything? I say no. Besides, horrible things happening to cartoon characters is a tradition as old as animation itself, even if the medium seems to be largely moving away from that sort of thing these days. And that's great, honest. Animation is a versatile medium, and it's great to see artists explore the possibilities. But we shouldn't forget its roots either, and it's nice to see a short that's a bit of a throwback to that. So while I might not be able to understand how Mike's New Car was able to be nominated in the first place, I'm not too shocked that the Academy decided to recognize it. Although why exactly they decided to give the award itself to The ChubbChubbs! is beyond me completely.