As I’ve said before, the major and most apparent risk with using pop culture references as a source of humor is that it typically doesn’t age well. Unless you’re referencing something which goes on to become a timeless classic, the best you can hope for is that your joke winds up taking on a strange new life of its own divorced from context. And honestly, sometimes that can work! Case in point- today’s short, the 1943 film Greetings Bait. 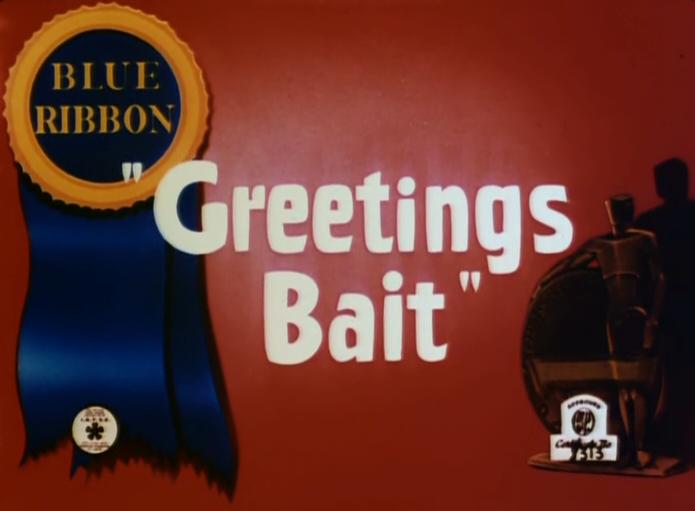 Regular readers of this blog should need no introduction to Friz Freleng, the director of this film. Greetings Bait was made during Freleng's stint at Warner Bros. as part of the Merrie Melodies series. But don't expect Bugs Bunny or Porky Pig to show up. No, Greetings Bait features a forgotten member of their stable- a worm. But not just any worm! You see folks, this worm is a caricature of comedian Jerry Colonna! For those of you who don't know who that is, don't worry- you're not alone. Far from it, actually! 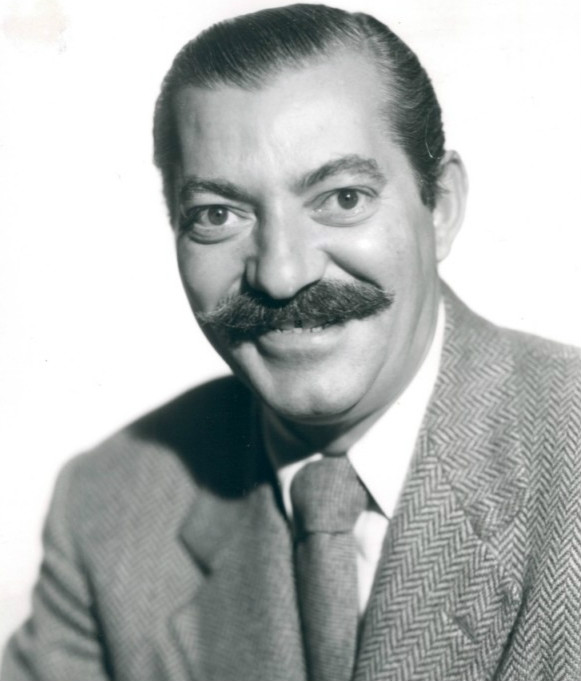 How could America forget a man with such a glorious mustache?

During the 40s and 50s, Jerry Colonna was best known as one of Bob Hope's sidekicks on his radio programs. In fact, that's where the title of this short comes from; it's a play on one of his catchphrases of "Greetings, Gates!" (As an interesting aside, Colonna would eventually get to be immortalized in animation himself with probably his most iconic role, playing the March Hare in Disney's Alice in Wonderland.) That might have been quite a hoot in the 40s, but it's a pretty obscure joke now. And that really describes a lot of this short; it's really just one extended pop culture reference, referencing a part of pop culture which has mostly been forgotten. By all accounts, it shouldn't work for a modern audience at all. 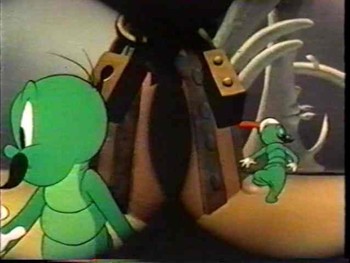 And yet, strangely, it kind of does. A lot of that comes down to Mel Blanc's fantastic vocal performance; the man was a riot no matter what character he was playing. And the film doesn't fully rely on audience familiarity with Colonna to work; it's filled with the same number of silly and chaotic gags you'd expect from a Warner Bros. short. I may not fully "get" the joke, but I still have a good time. And the animation is all up to the usual standard, so it's hard to complain. It's a strange, occasionally baffling, short, but not a horrible one. Perhaps Warner Bros. found room for its star in that Space Jam sequel.

"Greetings Bait" is not available on HBO Max, nor is its predecessor, "The Wacky Worm." That's right folks, this guy got TWO shorts!