Today’s short is another fairly obscure one. Not only does it not have a Wikipedia page (at least not one in English), it doesn’t have a TV Tropes page either! Usually I can rely on a short to have at least one or the other, but no dice this time. As such, any information I’ve found on it has come from my own exhaustive research, which mostly consisted of reading the end credits and then Googling anything pertinent about it. My hard work paid off, and I can therefore tell you that today’s short, Vanessa Schwartz’s The Janitor, started life as a track by the music and storytelling group Celestial Navigations. Fronted by the late character actor Geoffrey Lewis (who also wrote the darn thing), “The Janitor” was first released in 1988. And as near as I can tell, Vanessa Schwartz must have liked it so much she decided to build a short around it. Was it worth the effort? Only one way to find out! 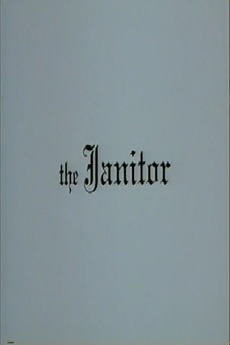 In one of those odd little wrinkles, The Janitor, despite being listed as a 1995 film every you can find information about it, was nominated for Best Animated Short at the 67th Academy Awards, which honored the films of 1994. This has nothing to do with anything, but I found it interesting. Anyway, The Janitor is a simple film which sets out to explore a simple question- What if God had a janitor? Well I've certainly heard of worse ideas for a short. Still, the result is a pretty cheekily irreverent film, with the Janitor offering his own unique spin on various Biblical events. If you're easily offended, you might want to skip this one, but if you've got a healthy sense of humor you might get a kick out of it. Geoffrey Lewis' pleasantly folksy narration certainly gives the short a weird charm that's really impossible to get mad at, and the intentionally discordant music helps keep things light and silly.

The goodwill engendered by the soundtrack certainly helps paper over any issues I might have with the short, in content or in form. While I have professed a great love for limited animation in the past, I think Vanessa Schwartz is pushing my affection to the breaking point. Although some moments in the film look nice, the general "rough sketch" aesthetic has the overall effect of making the short feel unfinished. And I'll be honest, I just find the character design of the title character unpleasant to look at in a way that's not fun to watch. Still, I'm being too critical. The Janitor is clearly a labor of love on the part of its director, and for that alone it deserves to be commended. It's fairly obvious why this particular short hasn't risen from obscurity, but at the same time I can't say I regret watching it. Hopefully you won't either!