Regular readers of this blog should be familiar with the name Don Hertzfeldt. While we’ve yet to cover a single one of his films, it seems that I can’t more than a couple of weeks without bringing him up in some capacity or another. And the reason for that is exceedingly simple- I think the man’s a genius. And while that word gets thrown around a lot these days, I don’t think I’m being hyperbolic when I use it here. Well dear reader, the time has finally come for us to discuss one of his films. So let’s dive into the wild and wonderful world of Don Hertzfeldt and his 2000 short, Rejected. Be excited. Be very excited. 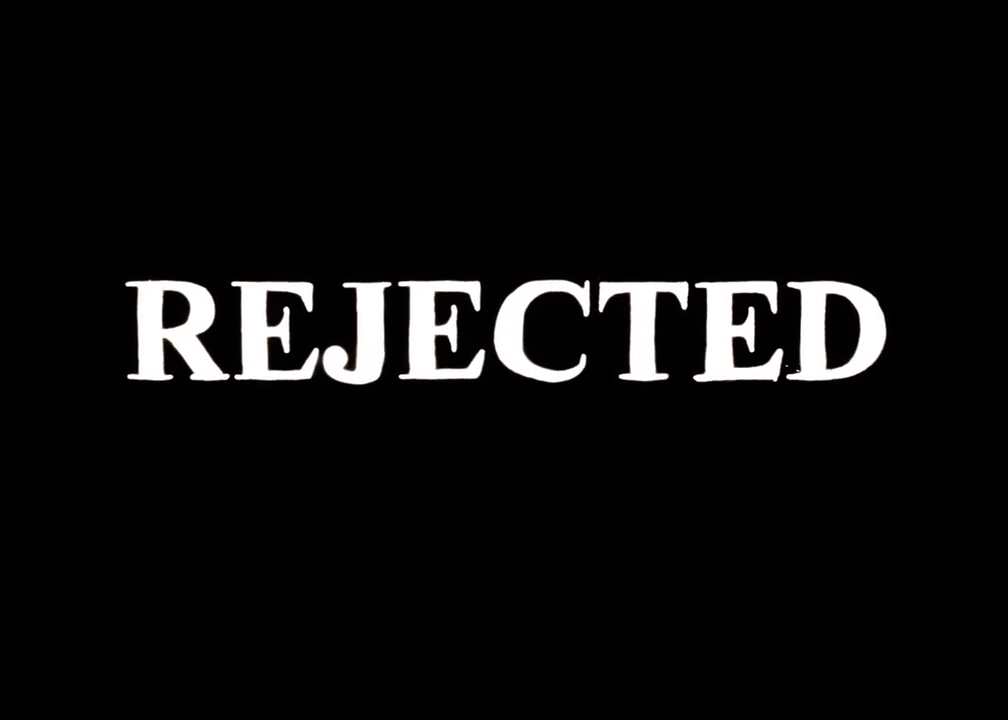 The premise for Rejected is... well, I'm not sure "simple" is the right word, but it's fairly easy to explain at least. The short almost functions like a found footage film, comprising of a series of sketches which claim to be rejected advertisements Hertzfeldt was hired to create for a handful of companies. What follows is a series of increasingly bizarre and unhinged vignettes which show off Hertzfeldt's trademark off kilter sense of humor. Since nothing kills comedy quicker than explaining it, I'll stop talking for a bit and let you experience it for yourself.

That was quite an experience, wasn't it? While I admit that this short isn't for everyone (comedy is, of course, subjective, and aggressively surreal humor like this can be hit or miss), I just find the whole thing hilarious. Why exactly it works I can't say (you'd think that after nearly two hundred of these things I'd be better at it), but it just does. What can I say, I have a weirdly dark sense of humor and this short just hits me in the sweet spot. At the same time, the film tempers its edge a little bit with a healthy dose of self-deprecation; the joke isn't just that the commercials are weird, it's also the fact that the fictional Hertzfeldt is clearly losing his grip. And I think the framing device of them being commercials also adds to the humor- it takes a short that could be just random for its own sake and turns it into a bizarre commentary on consumer culture. There's a lot going on here!

One thing that I appreciate about Hertzfeldt's work on this film (and really just in general) is how he manages to do so much with so little. His art style is extremely minimalistic- simple stick figures and limited, if any, background detail. (While his recent work on World of Tomorrow is considerably more artistically complex, it still keeps the same basic aesthetic of his older work.) As I've said before, I too have dabbled in the art of stick figure storytelling, although I have to concede that Hertzfeldt is clearly the master in this arena. Still, perhaps that's why his work connects with me so much- it hits me in a place I don't visit very often, but I'm always happy to look back on.

While Rejected didn't win the Oscar that year, losing instead to Michael Dudok de Wit's Father and Daughter (which is a perfectly lovely film in its own right), it's certainly had a bigger impact than most animated shorts we've covered here! Anyone familiar with animated comedy (especially on the Internet) from the last twenty years will no doubt recognize the film's influence, although very few imitators have managed to reach this film's level. It certainly made a splash in the real world too; I distinctly remember a kid from elementary school quoting "My spoon is too big!" years before I saw the short. And in an ironic twist, Rejected even managed to inspire advertisements as well. If you saw a Pop-tart commercial at any point in the late 2000s, you know what I mean. It was a whole thing.

Rejected may lack the sheer gut-wrenching emotional power of Hertzfeldt's later films (seriously, if you want to cry your eyes out, look for It's Such a Beautiful Day), but it's certainly not lacking in humor. So if you're looking for a film that's funny, bizarre and totally unique, you really can't go wrong with this one. And how!