Believe it or not, writing a post reviewing an Oscar-nominated short for every day of the year is pretty difficult work. First, I have to watch the shorts. Then, I have to come up with an opinion on them. And THEN, I have to write about them AND find pictures to put in the blog so it will look visually interesting. And sometimes writing is hard! Take introductions for instance; oh sure, some shorts are so easy to talk about that the words just flow. But sometimes a short is more difficult to pin down, and those shorts are nearly impossible to write introductions for. What does that have to do with Sharon Colman’s 2005 animated short Badgered? Well let’s find out. 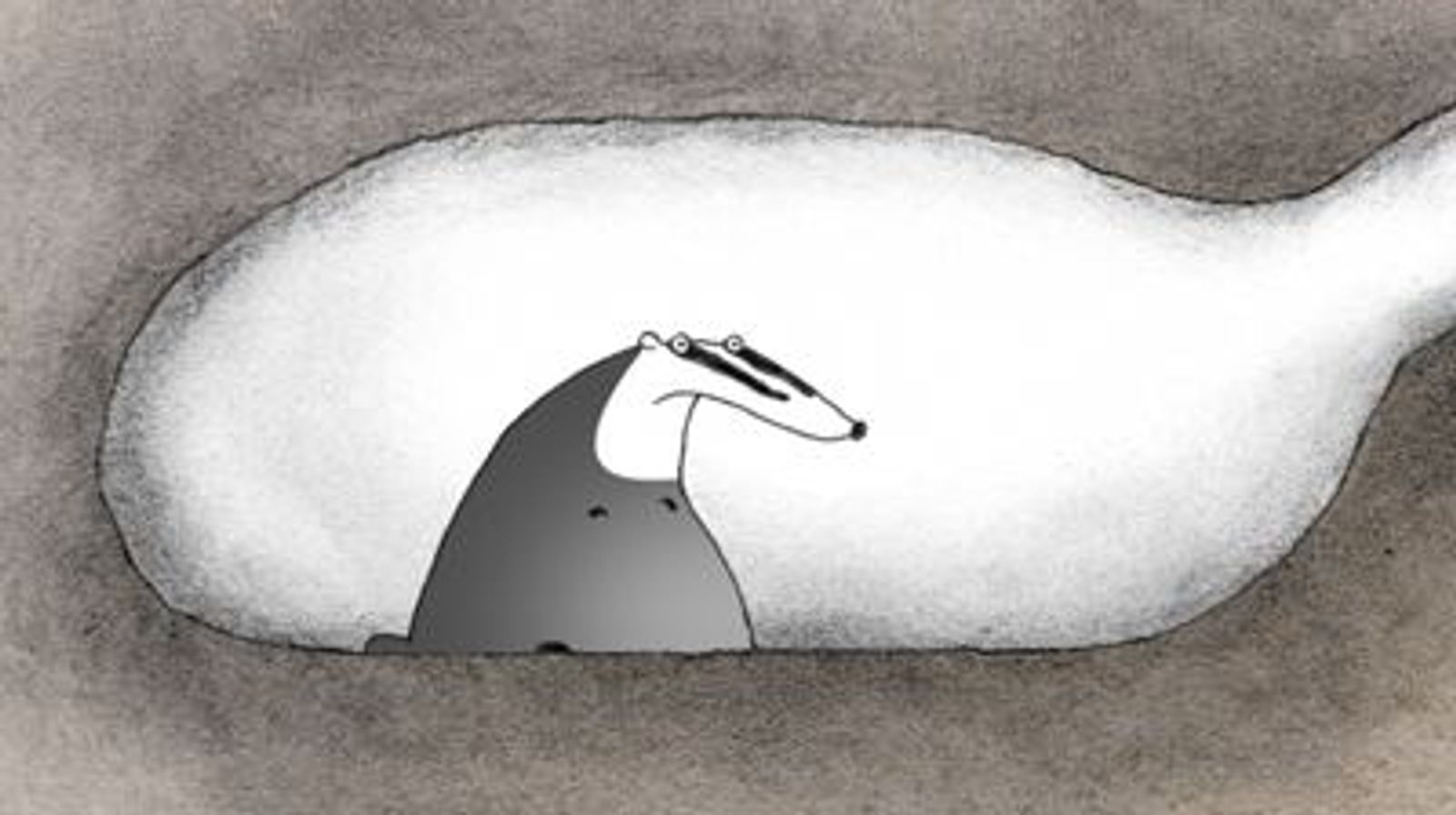 You know what else is pretty difficult? Second paragraphs. Typically I like to dedicate that space to going into a short's history or some fun information about its director, but there's really very little information I have to go on in that department with Badgered. Other times I like to give a brief synopsis of the short's plot, but sometimes it's better if you just watch the short for yourself. Badgered is one such case. It's a cute and charming little short which manages to take its simple premise into some unexpectedly absurd directions, and I would hate to spoil that for you.

Finally, provided that I don't get side tracked onto too many tangents, there comes the review portion. There's really no rhyme or reason for how long this section lasts; it's mostly dependent on how much I have to say and how many quality stills from the movie I can easily find. For shorts like Badgered, the review tends to go by pretty quickly. After all, what can you say about it? The animation is pleasant, with nice colors and a unique visual aesthetic. I might single out the character designs if I wanted to make a point. I might then mention the music, which is easy on the ears without being too soft or whimsical. And the story is really just a lot of fun and goofy. I might occasionally use words like "whimsical" or "perfectly charming" if I felt they applied, as they would here. Now if I wanted to I could try and stretch that out, but sometimes it feels pretty forced. And I might try and find something to criticize here or there (like the crows being a bit obnoxious) to achieve the illusion of balance and to justify my decision to rate it a 4/5 on Letterboxd, a decision which really needs no justification whatsoever.

Occasionally I'll include an extra paragraph at the end to discuss the film the short of the day lost to. There's no point in this case, however (I haven't seen it), so really it's just time to wrap things up. Typically I'll make some sort of pithy statement or generalization, and then I'll probably write an extraneous sentence expressing some sort of generic sentiment which really ought to be cut. And you can't ask for much more than that.

I also like to tell people where they can find my ranked list for our Year in Shorts here on Letterboxd!

Then I like to cover my ass from a legal perspective by invoking Fair Use to justify my use of images throughout the blog. I'm sure it helps that I do all this for free.