If there’s one icon of early American cinema who has been unjustly forgotten by the vagaries of time, it’s Joe McDoakes. Who is Joe McDoakes you ask? You might as well ask who is America itself. Joe McDoakes is you. Joe McDoakes is me. Joe McDoakes is all of us. In a series of 63 short films written and directed by Richard L. Bare (three of which received Oscar nominations, and only one of which I’ve actually seen), Joe McDoakes went through the same trials and tribulations that the average member of his audience might encounter. Just, perhaps, a bit more ridiculously than most people would encounter them. It’s still Hollywood after all. Still, let us celebrate this unsung hero by looking at his 1949 misadventure So You Think You’re Not Guilty. 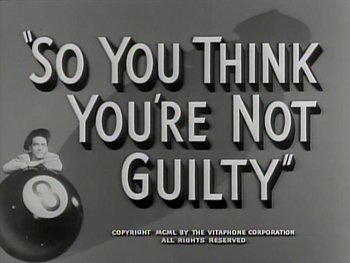 As far as I can tell, the Joe McDoakes films follow the Joe (played by future Jetsons star George O'Hanlon) as he gets into all sorts of comical mishaps. In this short, Joe runs afoul of a faulty traffic light and gets erroneously ticketed for two dollars. While he's able to afford it, Joe refuses to do so on the principle of the thing. What follows is a Kafkaesque nightmare as Joe continues to double down on his claims of innocence only to get more and more deeply embroiled in the labyrinth of the criminal justice system. I suppose that the audience is meant to sympathize with Joe's wife here and say that Joe is simply being ridiculous. Perhaps at one time I would have agreed with her. But thanks to my own ongoing legal dispute with the Employment Security Department (incredibly long story, worthy of its own potentially Oscar-worthy documentary short), I find myself inclined to sympathize with Joe's valiant fight against the forces of government bureaucracy. He's the hero we need and deserve.

Still, regardless of whether or not I'm bringing more of my baggage to this short than I probably should, So You Think You're Not Guilty is a damn funny film, and it's no wonder Joe McDoakes proved so popular. Maybe I'm just a sucker for this type of humor, in which an everyday situation spins out of control towards the most ridiculous conclusions. (Of course when one considers how messed up the American legal system is, maybe this short isn't as ridiculous as it could be.) Bare's direction isn't particularly flashy, but it's concise and effective, delivering the jokes in the most efficient (if not perhaps always the funniest) manner possible. It should be noted that Bare went on to a long and successful career directing television, working on series such as Green Acres and 77 Sunset Strip. But most importantly he directed seven episodes of The Twilight Zone, including the classic "To Serve Man" and one of my personal favorites, "Nick of Time." 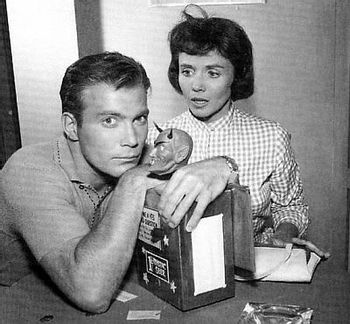 It's William Shatner being held hostage by a fortune telling device! What's not to love???

Of course, a director is nothing without his cast, and Bare certainly had the right people for this film. It's essentially a live action cartoon, and all the actors play their parts perfectly. George O'Hanlon gets the lion's share of the scenery chewing, naturally, but he's surrounded by a game supporting cast, from former Lois Lane Phyllis Coates as his exasperated wife to playwright Nolan Leary as the no-nonsense judge. But my personal favorite has to be Willard Waterman (perhaps best known for his supporting role in Billy Wilder's masterpiece The Apartment) as the dogged prosecuting attorney, who treats a simple traffic violation as if it were a murder case. I'm sure there's one in every district.

Tragically, Joe McDoakes never found justice in this world. And even worse, his short didn't win the Oscar, losing the Academy Award for Best Live Action Short One-Reel (boy that's a mouthful) to a short called Aquatic House Party. If you think that sounds like some sort of strange erotic film, you're going to be disappointed. We won't be covering it as part of our Year in Shorts (until I started working on this post, I had assumed it was lost), but you can watch it for yourself if you want. It's... well, it certainly goes places you wouldn't expect for a short that's basically an infomercial.

So You Think You're Not Guilty may not be "great cinema", whatever that means. It doesn't break new ground in terms of technology, storytelling or filmmaking. But really, it wasn't meant to, and that's perfectly fine. The Joe McDoakes shorts were made so people could have a good laugh for ten minutes before the feature film began. And I think there's something kind of beautiful in that. Just because something follows a formula doesn't mean it can't be good, and there's artistry to be found in even the most humble of projects. One of the great things about the Oscars is how they can be used to celebrate the types of films that don't really get celebrated. 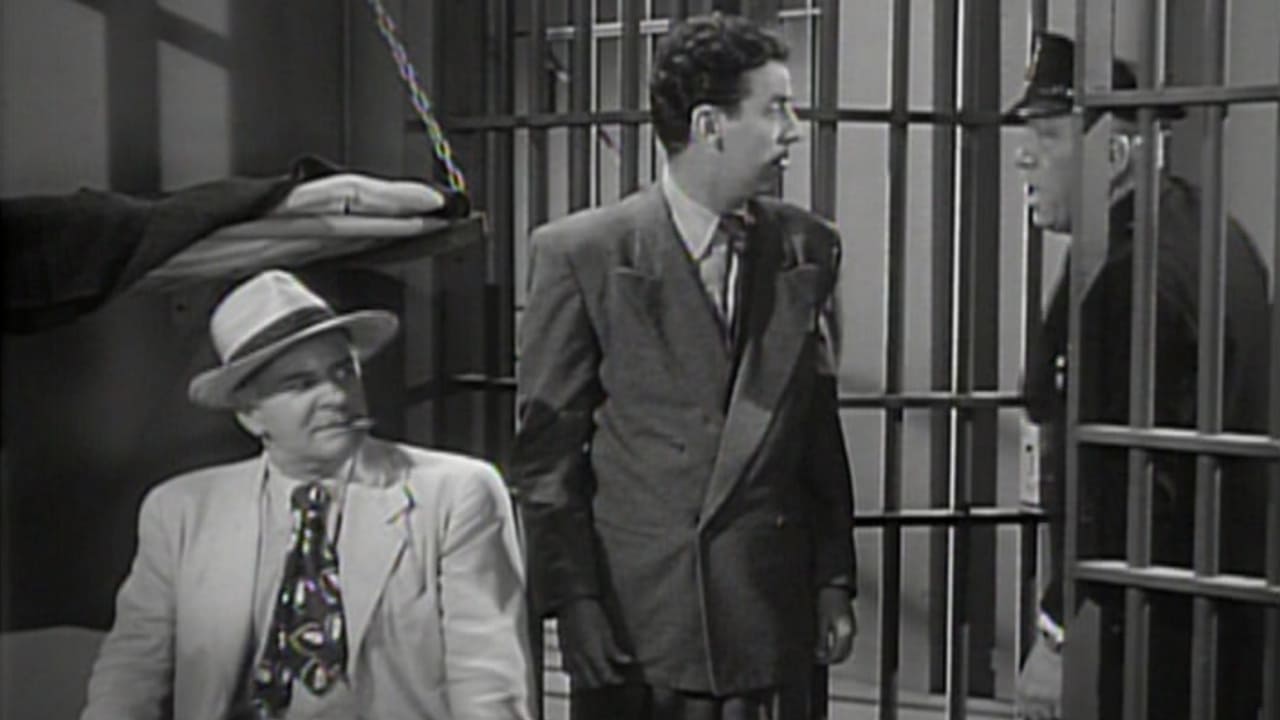 Oh sure, the Academy has its preferences, and those films tend to dominate the major categories. But once you start digging into the various nominations every year, you find all sorts of odd films sharing space with the more typical fare. Where else would you see Babe: Pig in the City being celebrated alongside Saving Private Ryan? Or a movie like The 5,000 Fingers of Dr. T alongside Roman Holiday? Hell, just this year they nominated films as wildly different as Judas and the Black Messiah and Eurovision Song Contest in the same category! Wild stuff!

Certainly, not all films are created equal. And once they're released, they're certainly not treated equally either. But we here at The Great Oscar Baiter believe very strongly that, at the very least, all the films we cover deserve equal consideration. We've covered a wide variety of films in our Year in Shorts, made under a wide variety of circumstances for a wide variety of reasons. But at the end of the day, none of that determines what makes it a good or bad short. That's entirely up to the people who made it and, of course, your own personal opinion. And quite frankly, I think that's a beautiful thing.