A question I never get asked is how I decide which songs get featured in Song of the Week. The answer is “arbitrarily”, although I largely like to let the fates decide. You never know when chance is going to put another Oscar-nominated song in your lap. And that was certainly the case with this week, as my Film and the Arts class had me watch John Singleton’s 1993 film Poetic Justice, thereby introducing me to Janet Jackson’s “Again.” 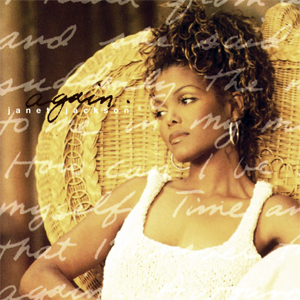 Poetic Justice is an odd duck of a film, but you know what? I liked it. It's an uneasy mix of romantic drama, road comedy and gritty portrait of life in South Central, but it works. Janet Jackson stars as the titular poetic Justice, a hairdresser mourning the loss of her boyfriend and writing poems in her journal. In an interesting twist, the film uses the poems of Maya Angelou (who even makes a brief cameo halfway through the film) to represent Justice's poetry. And really, that's a pretty smart way to do things. What better way to tell the audience that your character is a brilliant poet than to just have them writing poetry everyone agrees is brilliant? It was Moulin Rouge! before Moulin Rouge! Well at any rate, over the course of the film Justice learns to move on and open her heart to the possibility of love with Lucky (Tupac Shakur), all culminating in a (SPOILER!) happy ending and leading us into the end credits song, "Again."

Another question no one asks- mostly because no one needs to- is which songs I like writing about the least. The obvious answer is, of course, the end credits song. While Song of the Week obviously covers music, it's not really a column about music. With Oscar-nominated songs, it's not the songs themselves I find interesting, it's how they're used in the film. This is partially because I'm far more comfortable critiquing movies than I am critiquing music, but mostly because this is a movie blog! Everything comes back to movies eventually. But an end credits song doesn't give me a lot to work with. Well, at least odds are good I'll be succinct this week. 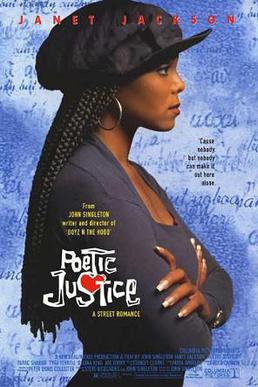 Written by Janet Jackson, Jimmy Jam and Terry Lewis, "Again" is at least a fitting song for the film. It's a sentimental ballad sung to a former lover, with Janet Jackson talking about how she'll never fall in love again. Which really describes her character's arc in the movie perfectly, and so... well, wait. She's actually singing about how she'll never fall in love with the person she's singing to again. Ok, so it's not a perfect fit, but that's fine. Songs in a movie don't have to perfectly corollate with the plot of the movie to be good. The lyrics to "Skyfall" make no sense whatsoever, and that song's a classic. "Again" fits the feel of the movie, if not quite the story, and it's not like you're going to paying close attention to the lyrics while you're trying to read the credits. And that's probably for the best, because they're not great. Don't get me wrong, they're good, just a little generic is all. But I suppose in a movie that's been filled with Maya Angelou's poetry up until this point, just about anything would be seen as a disappointment. (Why didn't they get Angelou to cowrite the song? That'd be pretty neat!) Still, it's not like I'm a lyric expert or anything, so I'm not going to be too critical.

I'm going to be a bit more critical about the music, although not much. "Again" is described as a piano ballad, which one paper seems like the type of song I'm really into. Give me a woman, a piano and some incredibly specific lyrics and I know I'm in for a good time. However, it's clear to me that there are many different types of piano ballads, and "Again" is not the kind fo me. As we already established, the lyrics aren't like that. And while the piano melody is nice, the production is a bit too crowded for me to enjoy it. Did this song need a flute section? Absolutely not. I have to assume this sort of arrangement was Janet Jackson's thing, and presumably a hallmark of the 90s, but I'm not a fan personally. If I'm listening to a piano ballad I'm really hoping for a stripped down feel. And if I'm honest, I think these types of songs work better if the singers' voices are a bit rougher. Weirdly I think the live version of the song performed at the Oscars works a bit better. The instrumentation's a bit less obtrusive, and Janet Jackson's voice is less polished, which suits the vulnerability of the lyrics better. That's just personal preference, though. Janet Jackson has an undeniably beautiful voice, and if I'm complaining that her singing is too good, that's hardly a complaint.

Of course, all criticism contains some degree of personal preference, and I find that applies to music criticism more than anything. Just because "Again" isn't my cup of tea doesn't make it bad, and I can certainly appreciate it for what it is. I'm not going to listen to it in my spare time, but I won't be rushing to turn off the movie as the end credits start if I ever watch Poetic Justice again. That might not be the highest praise, but that's certainly more than some songs we've covered can say!