They say nothing is scarier than the unknown. I’m not sure if I’m inclined to agree with them on that- surely bears are scarier?- but I understand the sentiment. How could I not? I’m a senior in college, facing down the barrel of true adulthood. That’s pretty scary. And who knows what the future holds for us in The Great Oscar Baiter? And perhaps scariest of all- what the hell is Madame Tutli-Putli actually about? Frankly I don’t know. But I know that it’s scary as hell! 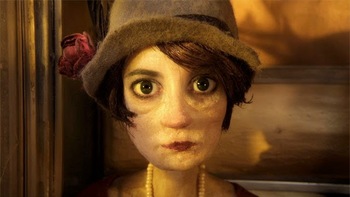 Directed by Chris Lavis and Maciek Szczerbowski, Madame Tutli-Putli is the final film released by the National Film Board of Canada we'll be covering in our Year in Shorts. (Considering the fact that tomorrow is the last day of our Year in Shorts, I'm confident I haven't made a mistake this time!) Released in 2007, this stop motion follows the titular Madame Tutli-Putli as she and all her worldly belongings take a train voyage to... somewhere. Already this short is starting off on the right note with me by being set on a train. My love of films set on trains is well-documented by this point, and it's hard to think of many films that take advantage of the setting as well as this one does. The claustrophobia, the being surrounded by strangers, the sense that no matter where you go there's no escape... all perfect for a spooky film! That alone is enough to get you on my good side, but the film decides to take it a step further by also being in stop motion. Calm down, movie! The only way you could be more up my alley is you somehow managed to find a way to include cannibalism and a bloom of jellyfish. But as you'll soon find out, the stop motion in Madame Tutli-Putli is a little... different.

Yes, for reasons that the directors have hopefully discussed with their therapists on numerous occasions, the decision was made that while Madame Tutli-Putli would be a stop motion puppet, her eyes would be real human eyes. Ok, well not literally. They didn't scoop out someone's eyeballs and shove them into a puppet; that'd be more appropriate for The Sandman anyway. No instead the filmmakers went the slightly less horrifying route of recording an actress (Laurie Maher) recording all the movements, then compositing her eyes and eyebrows onto the puppet. It sounds like something that really shouldn't work, and yet somehow it does! Apparently the animation process took five years to complete, and that's hardly surprising. This is a damn good-looking short, with fluid movement that nevertheless maintains stop motions inherent eerie jankiness, incredibly detailed shorts which manage to remain pleasant to look at even at their absolute grimiest, and dynamic cinematography which always perfectly matches the energy of the scene. I don't even want to imagine the level of work that goes into pulling off stop motion in shaky cam, but whatever it was it certainly paid off! All of this would be enough to forgive the film if its revolutionary eye effects didn't work. The fact that they were executed so flawlessly makes this one of the more visually impressive shorts we've covered!

Of course, it helps that this is a pretty spooky short. Those eyeballs might not be suitable for a kid's cartoon, but in a short this eerie? Oh yeah, perfect fit. The pivot from goofy silent comedy (think a somewhat more somber Triplets of Belleville) to bizarre horror could have been a rough one in less skilled hands, so it's lucky that Lavis and Szczerbowski assembled such a talented team. Of special note is the score by Jean-Frederic Messier and Set Fire to Flames, which is appropriately discordant and eerie, yet also somehow weirdly whimsical at the same time? That's a tricky balance to manage, but it's one the short walks consistently in pretty much every department. From the spooky lighting to the design of the monsters, the short knows how to get spooky. For whatever reason, Madame Tutli-Putli is never really classified anywhere as a horror movie, which is baffling to me. Sure, there aren't any jump scares or anything like that, but come on. This is a horror movie if there ever was one! 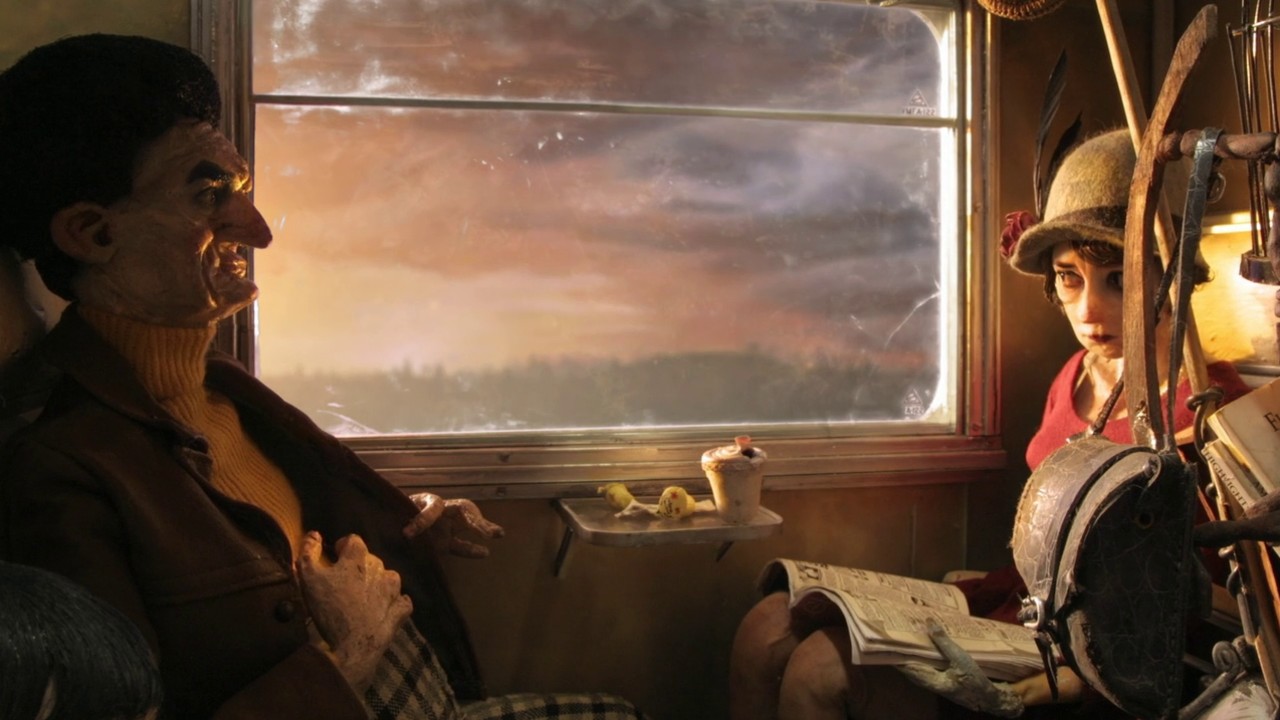 As for what everything actually means... Well who the fuck knows? I certainly can't tell you just what it was that happened in this short, and don't even ask me to explain that ending. But honestly, who cares? Understanding a short is not the same as enjoying it, and sometimes you just need to watch some creepy shit and let it wash over you. While these types of weird horror movies aren't always my thing, when it's as well-done as this is, how can I complain? And while that may not have been enough for the Academy (which awarded Peter and the Wolf instead; I haven't seen that short, but it's also stop motion, so that's a good sign!), Madame Tutli-Putli managed to win an arguably more prestigious award- the Petit Rail d'Or, an award given out by cinephile railwaymen! And if that's not a big deal, I really don't know what is.