There’s a lot to be afraid of this Halloween- evil clowns, zombies, dentists who offer to buy back your candy- but is there anything scarier than death itself? Well, it depends on who you ask. Peter Pan, for instance, would call death an awfully great adventure. And I think Adam Foulkes and Alan Smith might agree, if their 2008 short This Way Up is anything to go on. 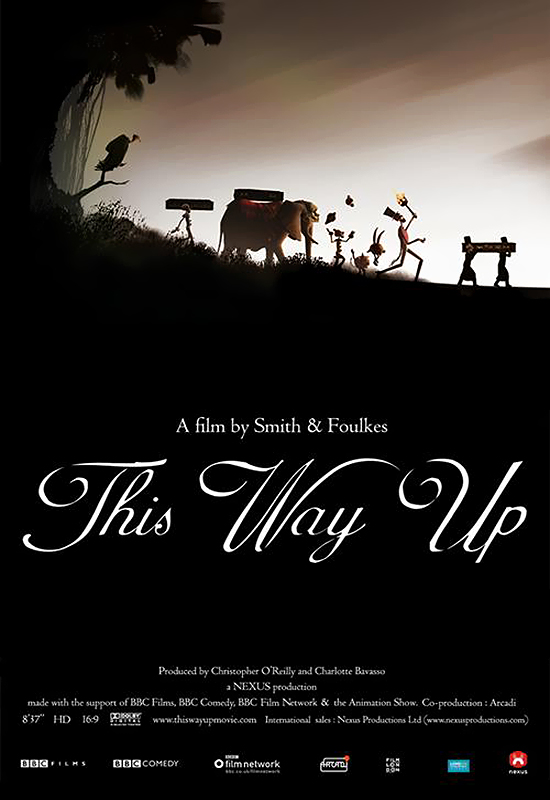 Despite being a relatively well seen short by our standards, there really isn't a lot of information available about This Way Up, aside from the fact that it's British. And really we could figure that out from watching it. (It's got a very British sense of humor.) The film follows a father/son pair of morticians as they struggle to transport a coffin to the graveyard after their hearse is crushed by a falling boulder. Their misadventures lead them across the countryside, with their woes growing more ridiculous and more dangerous with every twist in the road. There really isn't much more to it than that (the short is dialogue free and the characterization minimal), but the film certainly has an old school charm to it, relying more on physical comedy and sight gags than a lot of modern animated shorts. Admittedly, a lot of those old school cartoons weren't directly about death and the afterlife (although a fair few were!), so that certainly gives This Way Up a macabre thrill to it. If you're a little squeamish about these sorts of things, This Way Up might not be the short for you, but those of you in the mood for something a little ghoulish will have a good time.

All things considered, This Way Up is a very simple short, which is both its strength and its weakness. That simplicity makes it very easy to follow and allows the filmmakers to come up with all manner of silly gags and fun bits of physical comedy. But that also means when some gags don't land, there isn't much to fall back on. The animation, for instance, isn't very good, as is the case with a lot of independently financed CGI shorts. (I hope it should be clear by now that I'm not biased against computer animated films, but I do think it's hard to make them look good if you're not pouring a lot of money into it. Hand drawn animation isn't quite so reliant on technology, and one wonders how this short might have looked with a more traditional approach in its aesthetic.) Admittedly, some of the visual "shortcomings" of this film are clearly intentional, most notably the drab color scheme. But it's undeniable that the animation really isn't that strong, and it holds the film back in some places, most notably the finale. What should be a explosion of light and color winds up feeling rather muted, and can't help come across as fairly disappointing. I don't want to harp too long on the animation, but I'd be lying if I said it didn't hold the short back from the upper levels of greatness. Especially when compared to another computer animated short with an old school sense of humor released in that same year. Is it strictly fair to compare this short to something made at Pixar, which has considerably more resources at its disposal? Well, probably not. But they were both nominated in the same category at the same Academy Awards, so I suppose anything is fair game! 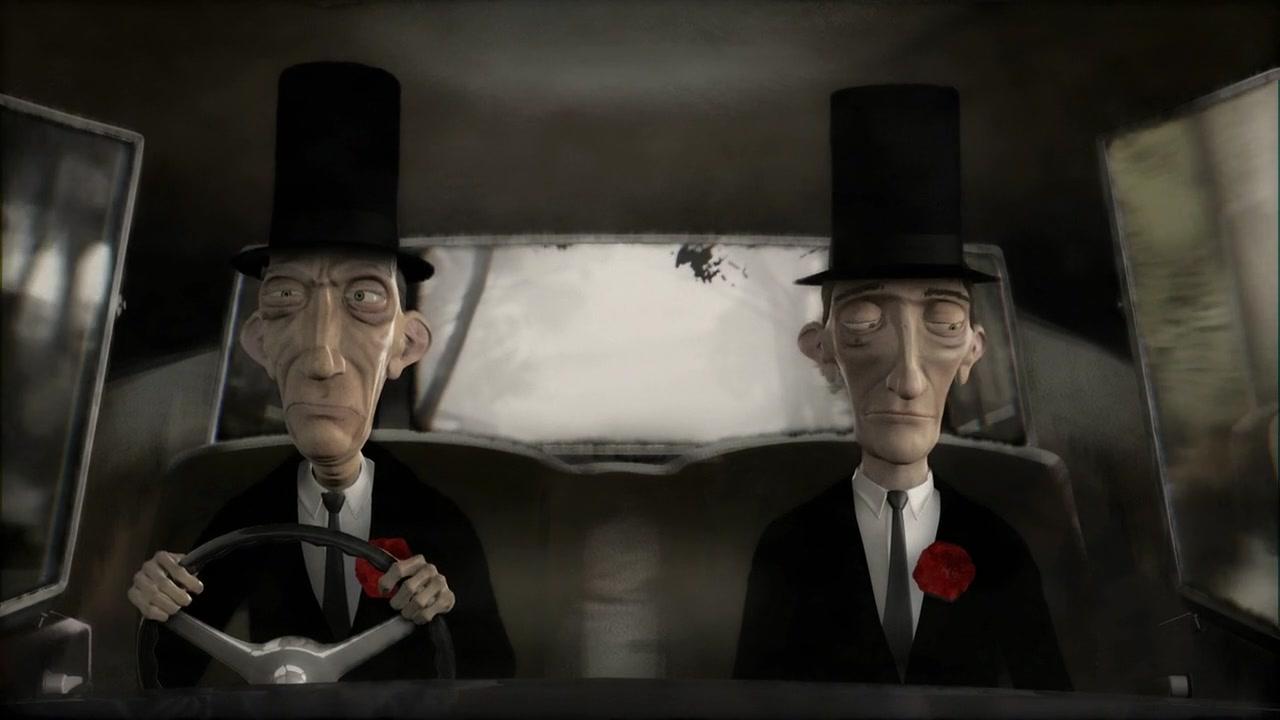 Still, I don't want to end today's post on a negative note. While animation in an animated short is undeniably important, it's not the end-all be-all. A short with a lot of wit and imagination can easily overcome some technical shortcomings, and This Way Up has those qualities in abundance. It may not be the best short we'll cover this Halloween season, but it's still plenty fun, and a good choice for those of you who might not be as into horror, but still want some spooky fun!