Well, it’s finally time. I’ve been teasing it since the beginning of the year. As you may remember, the 72nd Academy Awards had an unusually strong lineup for Best Animated Short, with one major exception. We’ve covered a quirky piece of history, an artsy film about the connectivity of humanity, a side-splittingly funny bit of creative stop motion, and one of the most visually stunning films we’ve watched to date. But today we cover the exception. So let’s look at 3 Misses. This is going to be a rough one folks. 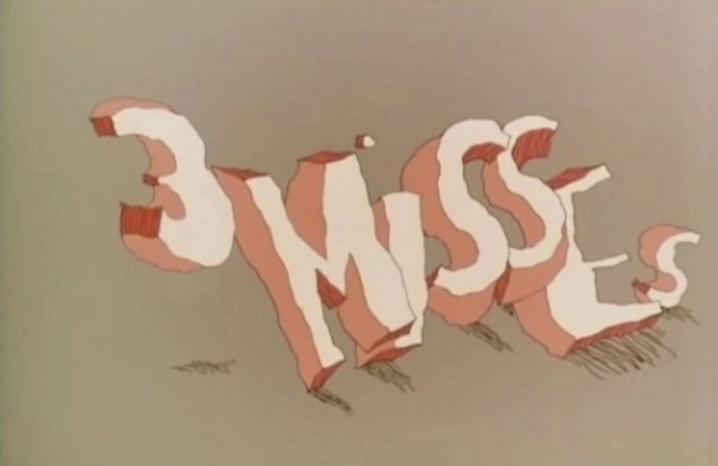 Directed by Paul Driesen and released in 1998, 3 Misses is another fairly obscure short for us, and for good reason! It tells the stories of three damsels in distress (the titular misses), and the hapless men who try to save them. Said damsels consist of a woman falling off of a skyscraper, a lady in the Old West tied to the railroad tracks, and none other than princess Snow White. All the men rush to the rescue, only to be beset by all manner of obstacles in an irreverent adventure. So far, so good, right? The age old cliché of women needing to be saved by men is one that could stand to be parodied, deconstructed or just straight torn apart. And if 3 Misses did any of that, it'd probably be worth watching. Instead Driesen decides to forgo anything in the way of "themes" or "insight" and instead opts to fill the short with lame gags, ugly animation, repetitive music and the same stock scream sound effect played about three billion times. It's an utterly obnoxious short, but even then it might be somewhat salvageable if it had a reasonable runtime. But 3 Misses can't even give us that, running an unforgivable ten minutes as it crawls weakly to its three limp punchlines, each less funny than the last. Thrillsville.

An admittedly small part of me wants to go easy on 3 Misses. After all, it's clearly a labor of love on the part of the director, and it's not like it's horribly offensive or anything. (The bit with the whooping Native Americans might be in questionable taste, but we've seen far, far worse this past year.) Is it really fair to be so harsh on the film? Well, maybe not. But try as I might, I simply can't a nice thing to say about it. Apparently the squiggly lines in the character design are part of his trademark style, so I guess I can at least say he knows what he's doing. Knowing that doesn't make the film any easier to look at, of course, but hey, at least it's a choice. And I suppose we can apply that logic to the rest of the film if we want to- there are a lot of things I don't like about this short, but they're all clear choices on the part of the director. Can I, in good conscience, call it a bad film, when it so clearly accomplishes everything it sets out to do? 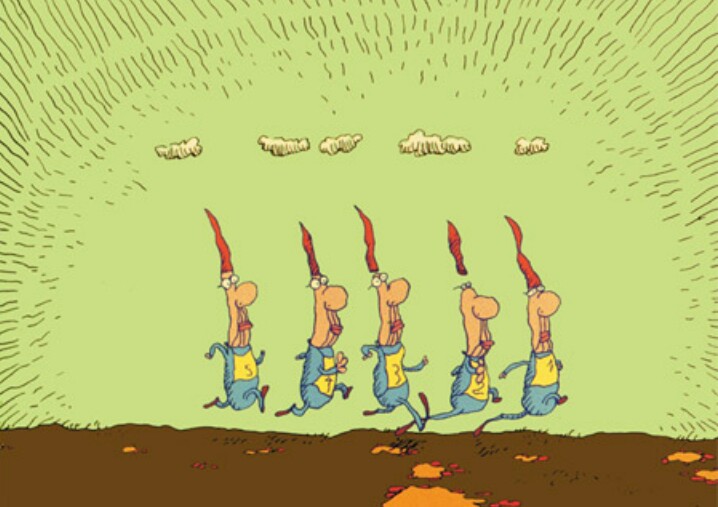 Well frankly, yes. Just because a director intends for something to be a certain way doesn't automatically make it a good idea, even if some people on the Internet like to pretend otherwise. It's certainly admirable that Driesen had a clear vision which he executed to the best of his ability. But that doesn't magically make said vision any fun to watch, especially when compared to the other genuinely great shorts it was up against. If I wanted to be charitable, I'd write the short off as just "not for me." (And seeing as how we're discussing one of my favorite shorts tomorrow, I have reason to be charitable.) Still, 3 Misses is so aggressively not for me that it makes little difference in either way. It may not be the worst short we've covered (it has too much basic technical competence to quite break into the bottom spot), but it's certainly one of the more baffling. The Crunch Bird was ugly and unfunny too, sure, but only at one fifth the length!