Some may say that I’ve been too harsh on Tweety Bird over the past year. And those people would be dead wrong. I have, if anything, gone far too easy on the yellow bastard, trying to look past my deep hatred for him in order to find what good there was in his various shorts. Hell, the last time we talked about a Tweety short I was downright mildly positive! It took a long shower to get the stink of that off me, I can tell you that much. At any rate, Canary Row marks my last opportunity to dunk on him, so buckle up folks, things might get emotional. Hey, anger and hatred are still emotions!

Friz Freleng's Canary Row is, if nothing else, a fairly important short in the history of Tweety and Sylvester, as it marks the first time Granny appeared in a short with the pair. In fact, Canary Row is generally considered her first "official" appearance; granny characters had appeared in shorts since the thirties, but it wasn't until this 1950 short that she became the Granny we all know and love (?). (As a point of confusion, I should point out that this film was nominated at the 22nd Academy Awards, which recognized the best films of 1949, but every source I can find lists it as a 1950 release. Why this is, I can not possibly tell you.) I don't really know how I feel about Granny. I know some Looney Tunes fans consider Granny to be the true villain of these shorts, a terrible pet owner who puts her birds and cat in compromising positions through her negligence. (In Granny's defense, Sylvester is just as often a stray cat trying to break into her house, as is the case here.) Honestly, I have nothing against Granny; she can be funny at times, annoying at others, and she adds a wrinkle to a dynamic which might otherwise grow stale. She's not my favorite Looney Tune, but I can't say that I hate her like I do Tweety or Pepe Le Pew. Now that we've got that bit of trivia out of the way, let's get to the short itself, shall we? 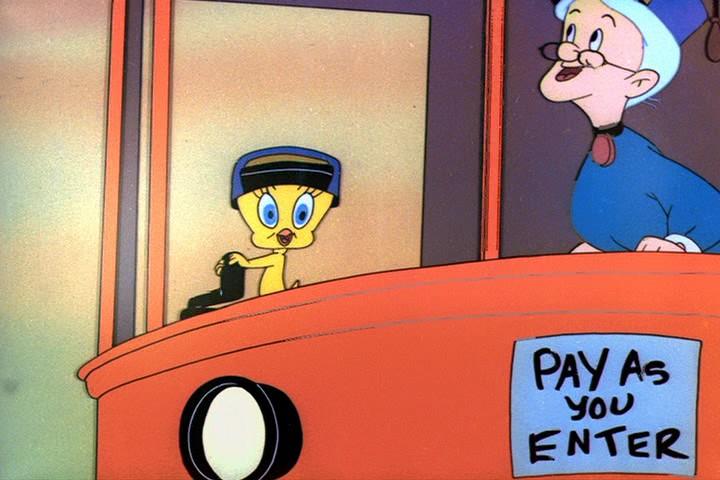 The premise of the short is so simple it hardly bears stating; Sylvester wants to eat Tweety, so he comes up with a variety of schemes to break into Granny's apartment (which seems to run a bit more like a hotel if you ask me) to eat him. As is often the case in shorts like this, the setup is mostly just a thread on which the gags can hang, although I don't think it's ever been quite so obvious as it is here! Still, the gags are really what matters when you get right down to it, and that's what we should focus on. So how are the gags? Well, they're about what you'd expect from a Sylvester/Tweety short. A lot of physical pain getting thrown Sylvester's way, a lot of ridiculous schemes, and- quite frankly- too much dialogue on Tweety's part. None of them are particularly funny, but they're not terrible either. Sylvester and Tweety shorts are often weirdly grounded in a lot of their jokes (well, comparatively speaking), and Canary Row is no exception. The gags aren't particularly creative or crazy, although I suppose there's something to be said for simplicity. At the end of the day, do you really need to complicate a gag like Sylvester smacking into the side of a building? Probably not. 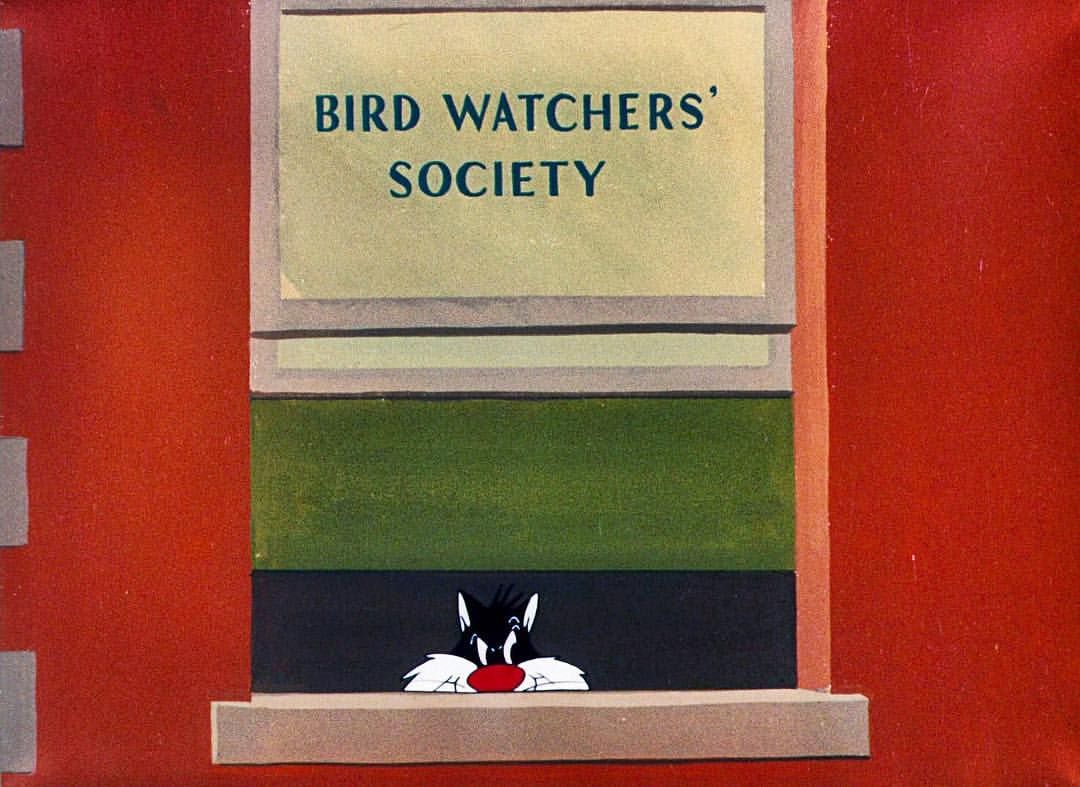 Really, the problems with Canary Row are the same problems you expect from any Tweety short. Aside from the basic gags, there's the episodic pacing, lacking in the nice narrative build that the best of these types of shorts usually strive for. True, one could level the same critiques at the Road Runner and Coyote shorts, but at least the gags in those films were a lot wackier! And as always, Tweety is just an obnoxious presence. But at the same time, Canary Row has the same strengths that all these shorts have too- namely the high quality animation and Mel Blanc's great vocal work as Sylvester. If you're a fan of the duo, then you're going to be a fan of this film. And if you're not... well, it's still pretty watchable. 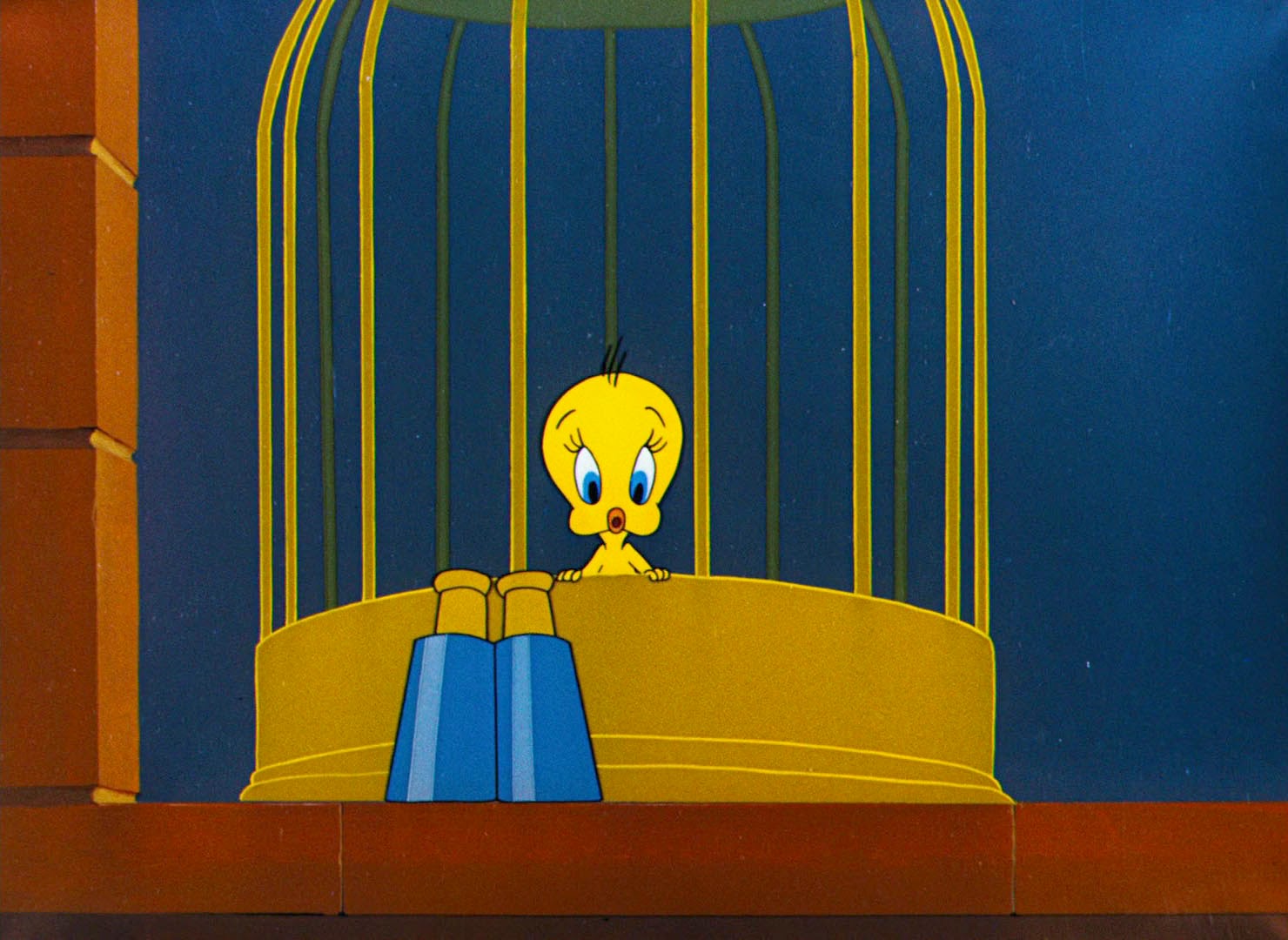 At the end of the day, the Sylvester and Tweety shorts are something I'll just never get the appeal of. Our Year in Shorts has seen me change my opinion on quite a few things, but Tweety Bird is not one of them. And honestly, that's fine! These films might not be for me, but they clearly have an audience, both today and during their release. I still don't quite understand why the Academy decided to shower them with awards as opposed to the much better Warner Bros. shorts that were out at the time, but I suppose they've made worse decisions. Hell, they proved it well enough that year with the Looney Tunes short which actually won the Oscar that year- For Scent-imental Reasons! Geez, compared to that pile of shit, a typical Sylvester and Tweety short doesn't seem too bad!

"Canary Row" is available to watch on HBO Max