English animator Bob Godfrey made a small but respectable name for himself in the field of animation, winning the Academy Award for Best Animated Short for his film Great, the first British film to win in that category. But I have not seen that movie. He also received nominations for Kama Sutra Rides Again and Dream Doll, both of which I’ve also not seen. We’ll have to cover those three films for whenever The Great Oscar Baiter decides to do ANOTHER Year in Shorts, saving the latter two for days when I’m feeling especially saucy. (The only sites I’ve seen hosting Kama Sutra Rides Again have been literal porn sites, so you can imagine the reasons for my reluctance to watch it.) I have also never seen the various animated series Godfrey worked on, nor any of the advertisements he drew. No, the only work of Godfrey’s I’ve seen is today’s short, the Academy Award-nominated short Small Talk. 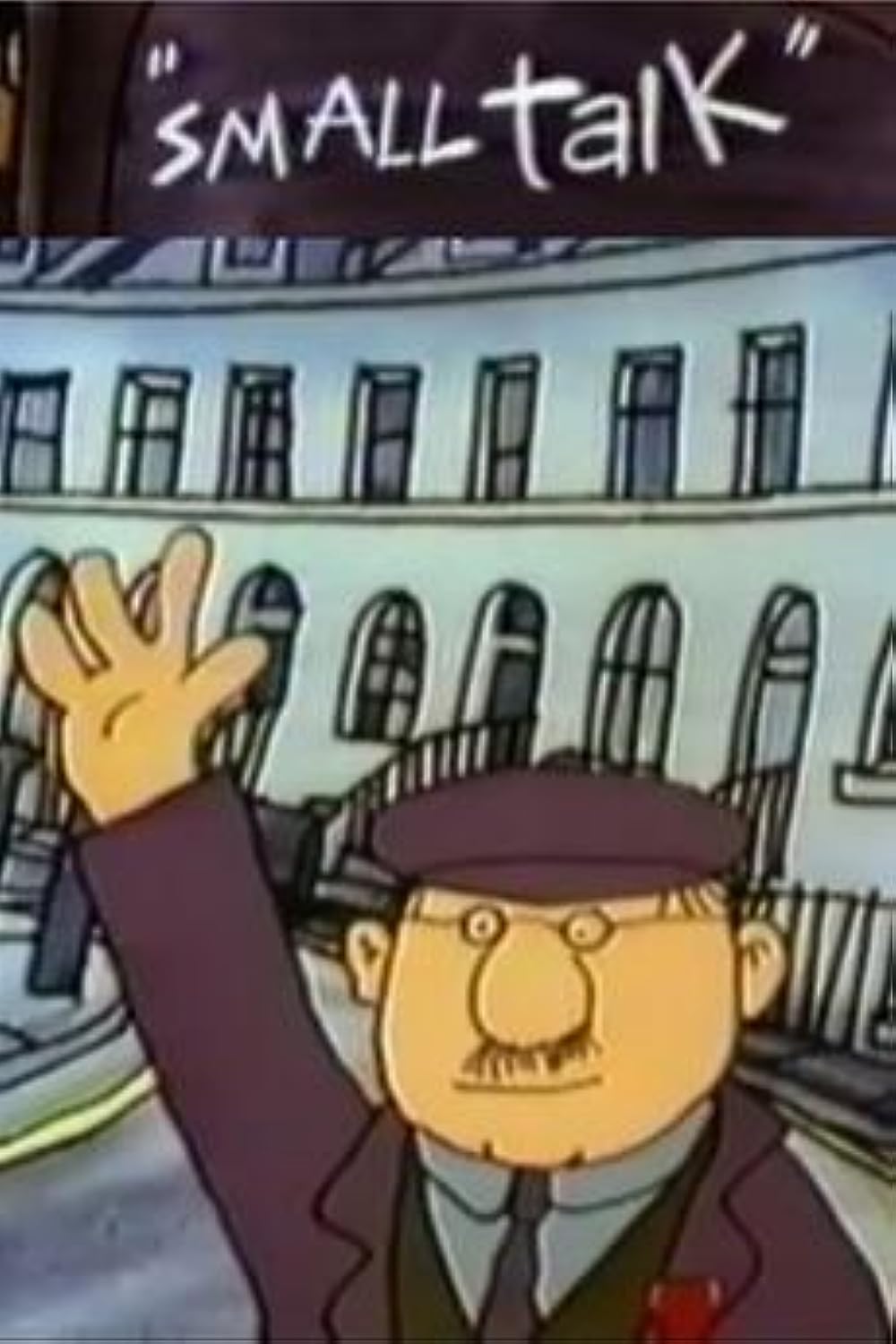 Despite IMDb's insistence upon labeling it as a 1994 short, I am fairly certain that Small Talk was released in 1993, if only due to the fact that it was nominated at the 66th Academy Awards, which honored films released in that year. (There is similar confusion over one of the next year's nominees, The Janitor, which IMDb insists on calling a 1995 film.) Of course, that's neither here nor there, really; what matters is the film itself, right? Right! Directed by Bob Godfrey from a script by Stan Hayward and with animation by Kevin Baldwin (who would receive a nomination alongside Godfrey), Small Talk is another fairly obscure short for us. It follows Sid (voiced by Godfrey himself), a seemingly mild-mannered senior citizen who narrates the rather eventful day he's had, from being beset by rude individuals who make the mistake of underestimating him to an encounter with the queen herself. I suppose technically the film counts as another example of the One Joke Short, in which the majority of the film's runtime serves as the setup for a final punchline. Still, the setup is plenty amusing and the punchline is funny, if a little predictable, so who's complaining?

Watching Small Talk, one wonders what exactly the Academy saw in it to recognize it with a nomination. Much like its main character, the short is fairly unassuming and, at a first glance, rather unimpressive. Still, if you give it a chance, you'll discover there's a lot to like here. The script is sharp and clever, and the animation (while simple) is lovely to look at, with expressive character designs and fun backgrounds. Limited animation seems to have fallen more or less out of style by the 90s, undoubtedly due in large part to its association with glorified toy commercials like Transformers and G.I. Joe from the decade prior. But the form has its place, and with enough skill and ingenuity, an animator can do a lot with a little. Small Talk is not a great short, but it's a good one that has more to offer than you'd expect, and perhaps the Academy recognized that. Or maybe they were just cognizant of the place Godfrey had in history and wanted to honor him one more time. And while Small Talk didn't win the Oscar that year, in a way his place in history was reaffirmed regardless. For what did Small Talk lose to but The Wrong Trousers, from the most successful British animation studio in the history of the category, Aardman Animation? So sure, Godfrey lost that night, but his win two decades earlier paved the way for Aardman's later successes. And either way, he still made a damn fine short that more people ought to try out. It may be a simple short, but don't underestimate it.