Tex Avery is generally considered to be one of the most important figures in the history of animation. Moving away from the sentimentality of Disney cartoons or the ho-hum slapstick seen in other studios, Tex Avery pushed the idea that cartoons could do anything, utilizing the medium's full capabilities for absurd character animation and extreme slapstick violence. The time he spent working at Warner Bros. is generally considered to be the dawn of the Golden Age of Animation. So you would assume that today's short, the 1939 Merrie Melodies cartoon Detouring America would be an all time classic. And you would be very, very wrong. 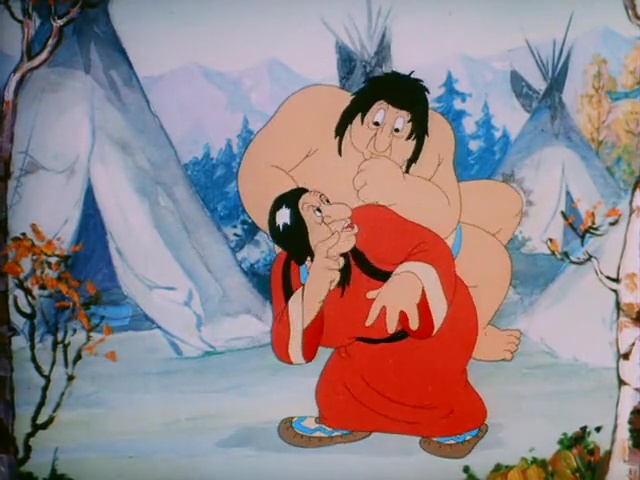 Unlike a great deal of Merrie Melodies, there's no real plot to Detouring America; there are none of the classic Warner Bros. characters, instead serving as a humorous travelogue across the United States. And at first, that seems like a pretty great time. After all, Tex Avery was known for his more chaotic style, so a film that's just a vehicle for gags sounds like something he'd excel at. Unfortunately, there are two major problems with this short. Firstly, it's just not funny. Detouring America has a lot of gags in it (although there are fair number of scenes which don't really contain any jokes at all), and none of them rise above the level of clever. There a couple which have promise (such as the scene with the Natives walking up and down the cliff walls), but Avery never takes full advantage of them. But most of the gags are just lame; when the highlight of your short is a reference to Jerry Colonna, you know you're in trouble. The second issue with Detouring America is that it's pretty racist. It might not take up as much of the short as other racist cartoons, but two scenes were deemed bad enough to require them to be cut for television broadcast. Which is nice, but why not cut the entire short altogether? 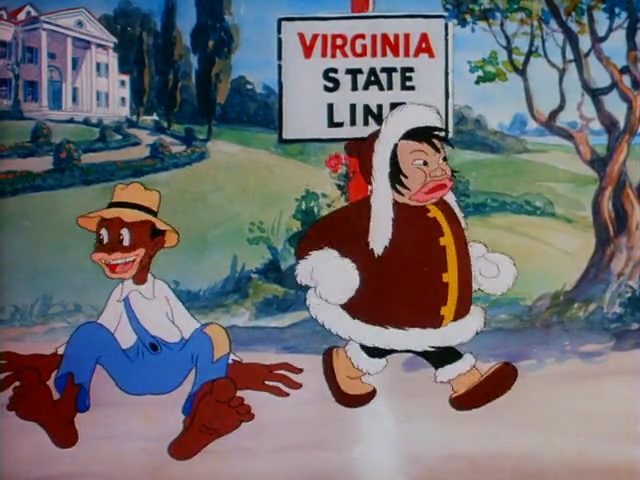 Does Detouring America have any redeeming qualities? Well, the animation is nice I guess, especially the backgrounds. There's something about the backgrounds in Warner Bros. shorts from this era that I find especially appealing, combining the realism which Disney was striving for with a slight impressionist touch. But even so, Detouring America really isn't worth your time. Tex Avery is responsible for a lot of great shorts during his time at Warner Bros., and you'd be better off watching just about any of those many other films instead of this.