Most of the nominees for Best Live Action Short at the 91st Academy Awards had one bizarrely specific thing in common- child endangerment. For whatever reason the Academy couldn’t get enough of that shit in 2018, at least in short form. We’ve already covered one of those shorts in Detainment. Today’s short isn’t quite as good as that one, although it also raises less ethical questions, which is a plus. So let’s take a look at Fauve! 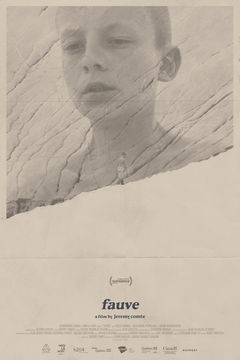 Directed by Jeremy Comte, Fauve is something of a rare beast for us in our Year in Shorts- A Canadian short not released by the NFBC! (Are those even allowed?) It's sort of a difficult film to talk about without getting into spoiler territory, so if that sort of thing is important to you, watch the film here on Vimeo first. (Just a heads-up; the video does not default to English subtitles, and those using Chromecast might have some difficulty getting them to work. But this isn't a dialogue driven short, so I guess it really doesn't matter.) For those who don't feel like watching it, here's the rundown- two boys, Benjamin and Tyler (played by Alexandre Perreault and Felix Grenier; this is a French Canadian short, you see), are hanging out and goofing off one day, doing typical boy stuff- rock fights, insults and visiting abandoned mines. It's that last one which proves to be a problem, as Benjamin suddenly finds himself stuck in asbestos and slowly gets sucked in. Tyler tries to get help, but it's all for nothing and Benjamin dies. And... that's about it! Super cheery stuff, huh? Still, no one got murdered, so I guess it has the leg up over Detainment in terms of cheeriness. It's also not technically based on a true story, although I imagine this sort of thing happens more often than it should. Maybe Fauve is supposed to be a PSA about the need to close all those open pit mines in Quebec. I'd sign that petition, that shit looks dangerous! 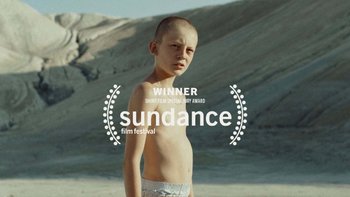 As for the short itself, it's hard to see exactly what led the Academy to nominate it. It's serviceable, but nothing spectacular. The acting from the two leads is good (no small feat with child actors), but not to such an extent that it stands out as particularly noteworthy. The It movies had good child acting, after all, and those got NO Oscar nominations. Comte's direction is very good as well, avoiding an overreliance on closeups or stationary camera work which seems to plague the majority of dramas that get made these days. Still, it's nothing particularly revolutionary; it's more or less what you'd expect from your typical quasi-artsy indie film. And while obviously it's not required for a film to be about any Serious Topics to get nominated for an Oscar (although, let's be honest, it basically is), it isn't as if Fauve has that topical element to explain its nomination. Unless the abandoned mine situation in Quebec is more serious than I initially thought. Regardless, the question remains- if not its story or craft, what is it that sets Fauve apart from the pack?

The answer, I think, is clear- it's in French. Everyone knows if you want to make a movie, the best way to get people to pay attention to it is to make it in French. (Unless you're trying to get attention from a French-speaking audience, in which case you're out of luck. But Comte was smart in premiering Fauve at Sundance, which would certainly help get it noticed.) I have long held the belief that some languages just naturally sound better on film than others, and French just happens to be one of those languages. If Fauve were in English, I doubt the Academy would have noticed it. But because it's in French, Academy voters thought it was much artsier than it was, and nominated it accordingly. I know, it sounds cynical, but I think this sort of thing happens all the time, and I'm as guilty of it as the next person. The only other explanation is that the Academy just really fucking hated children that year and wanted to nominate as many short films about horrible things happening to them as they could. Murder, hate crimes, losing a parent, the inexorable march of time, accidentally watching a shitty cartoon because it's about funny animals. (That last one may be a bit meta.) Hell, even Pixar's Bao technically ends with a child being eaten. Then of course there's Skin, the WINNER of Best Live Action Short that year, in which terrible things also happen to children. And even worse, that terrible film happens to us as an audience. When viewed in that perspective, Fauve suddenly looks a whole lot better. It may not be a remarkable short, but at least it's not utter garbage either.