I’m sure Walter Lantz was responsible for a lot of great cartoons. I haven’t seen any of them, but they must exist. But if we were to solely judge based on his Oscar-nominated works, we’d have to conclude that he was nothing more than a third-rate Walt Disney, a cheap purveyor of subpar Looney Tunes knock-offs, a perpetual “also-ran” in the world of animation. And today’s short, the 1942 film Juke Box Jamboree, does absolutely nothing to change that perception of him. 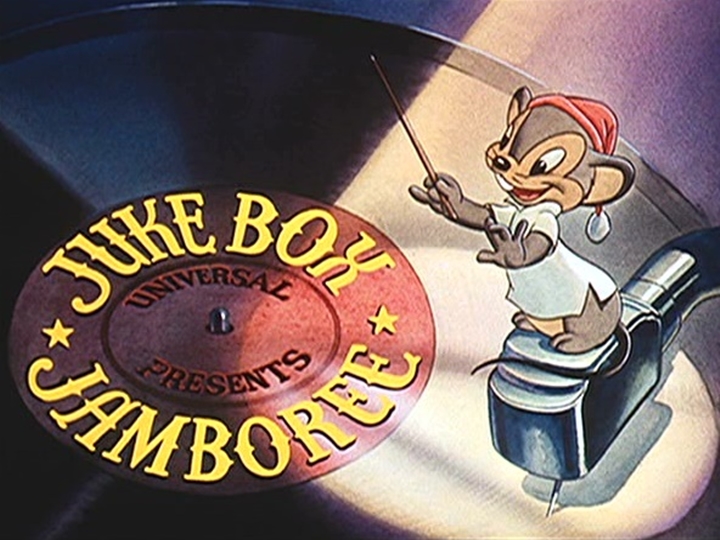 For reasons that I'm sure make sense to someone, Juke Box Jamboree is an incredibly hard short to find. The best I could manage was a slightly incomplete Spanish language dub on Dailymotion. Luckily, this isn't a particularly dialogue heavy short, so I think we'll manage. To be fair, it's not really an anything heavy short. Directed by Alex Lovy, it tells the story of a mouse who lives in a bar, but has trouble sleeping because the jukebox keeps playing. In an attempt to turn the music off, the mouse winds up knocking over a bunch of bottles of alcohol, which in return releases a lot of ghosts (because spirits, get it?), who then proceed to play music and dance. Really it's just a flimsy excuse for a bunch of random gags for the mouse to respond to as he proceeds to just get absolutely drunk. Are any of them particularly funny? No. Is it particularly well-animated? Also no. Is the music at least good? I'll let you figure that one out on your own. 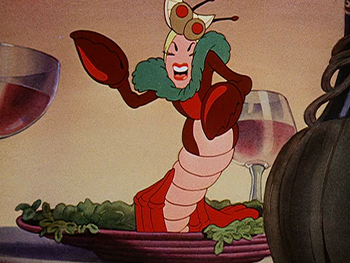 Overall, Juke Box Jamboree is neither an interesting short to write nor talk about. It's certainly the most generic Walter Lantz production we've ever looked at, copying Disney's animation style and combining it with a Warner Bros. sense of humor. Say what you will about Woody Woodpecker, at least his shorts had an identity. This is just some sort of sick, disturbing lovechild between two styles that don't really mesh well together. (Which isn't to say Warner Bros. by way of Disney can't be done well. That basically describes The Emperor's New Groove, and that film is a downright classic. But Juke Box Jamboree is certainly no The Emperor's New Groove.) Not helping the Poor Man's Looney Tunes vibe is the presence of Mel Blanc as the mouse, who isn't given much more to do than hiccup. This was part of a weird phase in Blanc's career before he signed an exclusive contract with Warner Bros. and would appear in bit parts for other studios. For instance, did you know he played Gideon in Disney's Pinocchio? It's true! You probably forgot because Gideon was a completely mute character and so all Blanc did in the film was hiccup! What an oddly specific and incredibly stupid trend. Casting Mel Blanc in your film to just hiccup is like hiring Yo-Ya Ma to play the cello part in Pachelbel's Canon at your wedding. It's like casting Daniel Day-Lewis as the title character in your community theater production of Waiting for Godot. It's like having Gerard Butler be the lead character in a musical while Ramin Karimloo gets to play a character only seen in still photographs oh wait that actually happened. 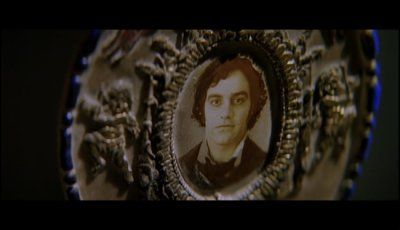 It makes sense though. Why would we want people who can actually sing to be in a musical?

Sorry for the tangent there, but shorts like these leave me very little to talk about. Juke Box Jamboree may not be the worst short we've covered, but it is certainly among the most soulless (pun completely intended). There's no real vision here, no attempt to create something new or memorable. It's not even a fun riff on a tried-and-true formula, which is at least something I can respect. It's just a lame knockoff of stuff that's already popular, and not a particularly good one at that. When Chuck Jones wanted to cash in (I'm sorry, "parody") Tom and Jerry, he created Wile E. Coyote and the Road Runner. When George Lucas wanted to rip off every single movie he ever loved, he made fucking Star Wars. There's nothing wrong with being unoriginal. But if all you're bringing to the table is reheated leftovers, you might as well stay home.