A Year in Shorts Day 261: "The Pied Piper of Guadalupe"

Space Jam: A New Legacy came out just a few days ago, and by all accounts it’s just the worst. I don’t particularly care to see it (the first Space Jam was terrible enough), and unless it somehow manages to score an Oscar nomination, I never will. Unless it gets a bunch of Razzie nominations and I decide to start The Golden Razz Baiter or something like that, anyway. While we all love the Looney Tunes, sometimes it feels like they don’t particularly love us back. But even in these dark times, there is hope. After all, compared to some of their worst offerings, even mid-level stuff like The Pied Piper of Guadalupe looks downright amazing! 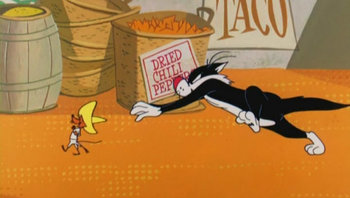 I don’t think it’s really a controversial opinion to say that the 1960s were not exactly the Golden Age for the Looney Tunes characters. But it wasn’t really a Golden Age for mainstream animation in general. This was the decade when Tom and Jerry were placed in the care of Gene Deitch and Chuck Jones, Hanna-Barbera was focused more on cheap TV shows than quality theatrical shorts, Disney was beginning its slow descent into the Dark Age, and UPA stopped making animation altogether. This is reflected in the lineups and winners for Best Animated short throughout the decade; most of the nominations went to independent or experimental shorts from smaller or international studios. In fact, the 34th Academy Awards were something of a last stand for the old guard. Nominated alongside The Pied Piper of Guadalupe was fellow Looney Tune Beep Prepared, Chuck Jones’ Merry Melody Nelly’s Folly and Disney’s Aquamania. And all four would lose to Ersatz, a Croatian short which I haven’t seen. The age of studio animation was far from over, but the big studios would never really dominate the category the way they used to. Warner Bros. especially was hit hard by this change; only one more Looney Tunes short would be nominated after this year, and I think we can all agree that Now Hear This has far more in common with the indie shorts which took its place than anything which came before.

Still, plenty of traditional shorts would gain Oscar success in the 1960s, they'd just be a little more offbeat. One such example was The Pink Phink, the short debut of the iconic Pink Panther character created by Friz Freleng and Hawley Pratt, the directors of the short we're ostensibly talking about today. We should probably get to talking about today's short, huh? Right! Well, as you can imagine, The Pied Piper of Guadalupe is a Speedy Gonzales short, pitting him against Sylvester once again. Those two are a good match, I think. Sylvester has the potential to be a great villain, but he needs a great hero to square off against. And Speedy Gonzales is definitely that hero. And thankfully, today's short provides Speedy the chance to be that hero. After Sylvester (aka the Gringo Pussy Cat) grows tired of trying (and failing) to catch the cheese-thieving mice in the Mexican village he's in for whatever reason, he takes inspiration from literature. Playing the Mexican Hat Dance on the flute, Sylvester tricks the mice into dancing into his trap. And, as is always the case with these kinds of shorts, it's up to Speedy to save the day.

What follows is more or less what you'd expect from a Speedy Gonzales short- Cartoon hijinks, arguably offensive stereotypes and a lot of pain for Sylvester, all loosely structured around the vague semblance of a plot. (Not that plot is what anyone wants from a Looney Tunes short anyway.) We come for the gags, and that's where The Pied Piper of Guadalupe both delivers and disappoints. The short certainly contains the kinds of classic Looney Tunes chaos we've come to expect. And yet it feels frustratingly slight, as if the short ends just as it really gets going. The best of these kinds of shorts have some basic story structure, and the most important element to that is escalation. But The Pied Piper of Guadalupe doesn't really build on itself, and the short ends on a whimper instead of a bang, even if it's a nicely karmic one. But I suppose that's pretty understandable. Warner Bros. had been making cartoons like this for decades by now, and there's only so many variations you can pull off. We can't really be surprised if the creative well ran a little dry. 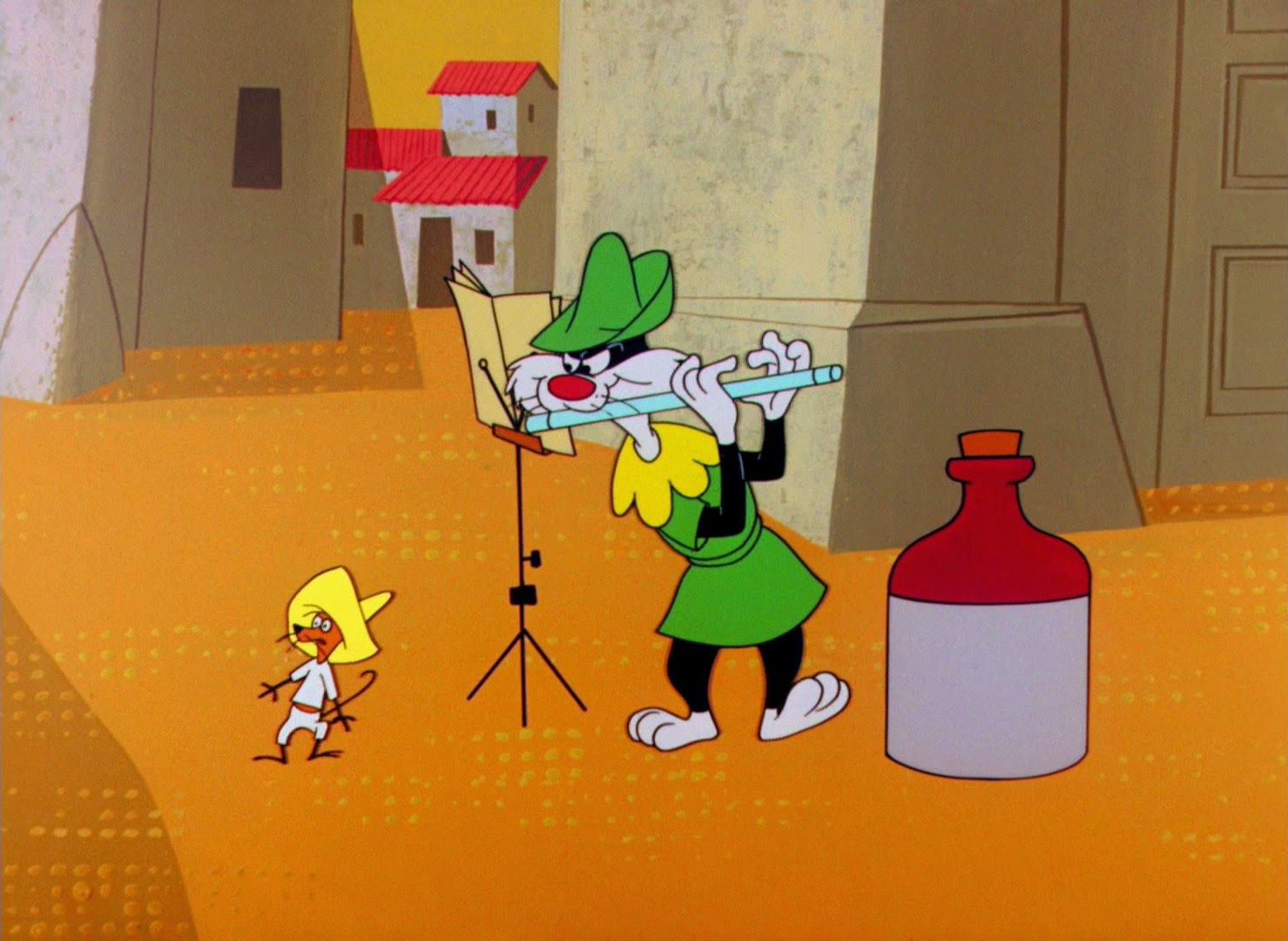 Perhaps that's why the Best Animated Shorts category started to look so different in the 1960s. Not because the Academy got tired of the old kind of shorts, but because the artists did. (I'm sure the fact that theatrical shorts were more or less on their way out also played a significant role in this shift.) Hell, even the shorts made in the same vein (like those featuring the Pink Panther, for example), were made with their own unique style and energy. The Pied Piper of Guadalupe is by no metric a bad short. It's entertaining enough, with some nice animation and exemplary voice work by Mel Blanc. Of the 1960s Looney Tunes we've covered, it's certainly better than most. But it's not a particularly special short either. It closely adheres to the formula set for it, and doesn't really do anything new or interesting with it. Then again, I guess "Good, but not spectacular" is a lot better than a lot what's been done with the Looney Tunes since then, so maybe I should just stop complaining.